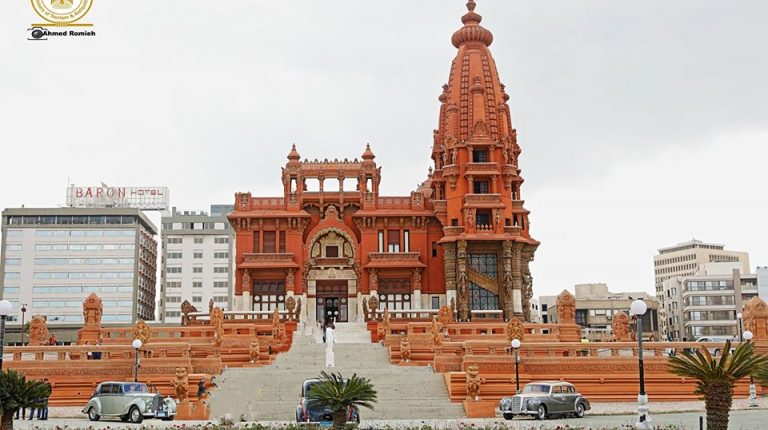 As the Baron Palace inauguration is just around the corner, Minister of Antiquities and Tourism Khaled Anany visited the site earlier this week to follow up on the renovation works and the Heliopolis museum that would be inside the palace.

Anany explained that the palace would take its visitors into a journey to the past, starting from the early stages of Baron Empain first building Heliopolis as a district of modernism and fascinating beauty. The palace is to open within the next few weeks.

He further explained that the museum would be a window to the old days’ lifestyle, through showcasing cars that date to the last two centuries in order to reflect a real life vision of that era.

Anany previously told Daily News Egypt that the museum’s opening only waited for the complete restoration of one of Heliopolis tram carriages that was planned to be on display, as well as the surrounding wall of the palace.

The museum will also display a film series of the Baron Empain himself with his partner Nubar Pasha, the former prime minister of Egypt, and Alexandre Marcel, the French architect who designed the palace.

The films will also explain the architecture of Heliopolis over the decades, starting from the district’s planning, going through its heritage, most famous places, and people’s lifestyle at different ages.

Baron Empain had a major role in designing the upper-class Heliopolis in Cairo, from the time he arrived in Egypt in 1904.

He established his own business, which was called Heliopolis Oasis Company, and bought a large desert land from colonial forces, turning it into what is currently known as Heliopolis.

He died in 1929, and was buried under the Basilica Church in Heliopolis, which was linked to the Baron Palace by an underground tunnel.