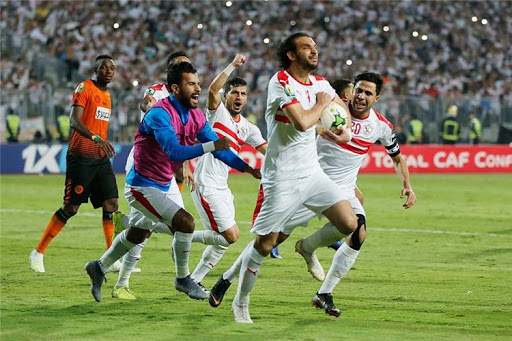 Zamalek, led by French coach Patrice Carteron, arrived in Doha on Tuesday to prepare for the game which would witness the attendance of about 19,000 fans.

The Zamalek mission received a warm welcome from the club fans in Doha which raised the morale of the White Knight players.

Zamalek were expected to hold a training session on Wednesday at the same stadium of the match, following Espérance de Tunis complete their training.

Both teams would hold on Thursday a press conference to talk in detail about the match.

The last time Zamalek won the CAF Super Cup was in 2003.

The Zamalek administration said that winning the African Super Cup would have a positive impact on the team’s morale before meeting their rival Al Ahly in Egypt Super Cup on 20 February in the UAE.

The administration also called on the players to focus on the match and ignore any possible provocation by the Tunisian side.