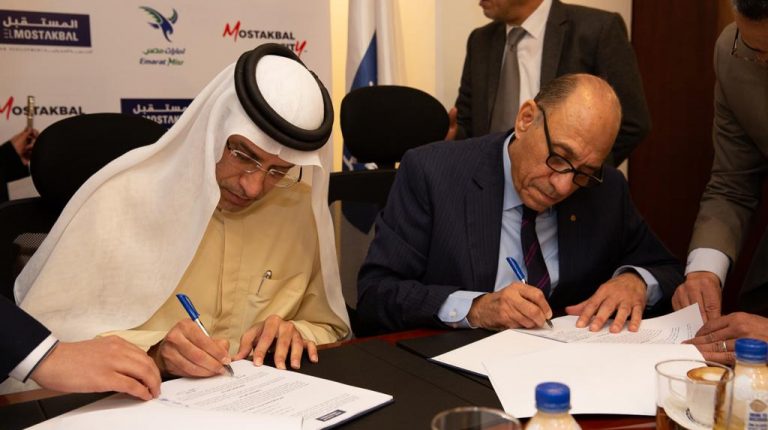 El Mostakbal for Urban Development, master developer of Mostakbal City located in the eastern extension of New Cairo, has inked an agreement with Emarat Misr to implement gas stations in the third phase of Mostakbal City, built on a total area of 11,000 feddan (45m sqm).

El Mostakbal said the company’s strategy was to focus on the service projects this year, especially in the first phase, and provide all means of comfort and luxury for the city’s residents, said the company’s Chairperson Essam Nasif. “The contract is proactively for our plans and schedules for the development and the development of the third phase.”

He noted that this contract was a continuation of the company’s success in completing contracts with major real estate development companies in various specialisations, such as residential, medical,  educational, commercial, administrative, entertainment, hotel, sports and social clubs, banks, and fuel stations according to all specific rules and regulations set by El Mostakbal in choosing real estate developers who want to develop projects within the city.

Emarat Misr General Manager Mohamed Gomaa said the contract was part of the company’s expansion plan inside Egypt, where the company managed to select several distinctive places and succeeded in operating 16 service stations and catering cars in very vital locations, namely in El Rehab, Madinaty, Cairo Festival City, and others.

Gomaa said Emarat Misr station in Mostakbal City’s third phase, which would be built on 6,016 sqm, would open in the first quarter of 2021.