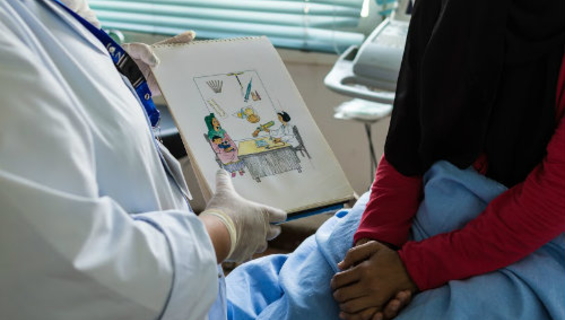 This could be achieved by improving population characteristics, health habits, especially for women and children, and reproductive health, and supporting women’s economic and social empowerment. It also includes providing specific services according to the needs of the target groups, with a focus on the poorest governorates, according to Zayed.

She stressed that the project would contribute significantly to achieving the sustainable development goals. The programme aims to achieve comprehensive health coverage and ensure access for all to health care services, while providing access to safe medicines and vaccines at reasonable prices for all citizens.

Zayed pointed out that the proposed programme would target 72 regions with the highest rate of population growth, as well as women aged 12-50, noting that the targeted population growth rate would be 2% instead of 3.2%.

The programme includes various procedures such as supporting small and micro projects to raise the standard of living, collaboration with civil society organisations, providing family planning methods, and linking the subsidy system to the number of family members.

The programme also targets reducing the unemployment rate for women, and launching several advertising and awareness campaigns through different means of communication.

During the cabinet meeting, Minister of Planning and Economic Development Hala El-Said referred to the latest population statistics released by the Central Agency for Public Mobilisation and Statistics (CAPMAS). Recent numbers revealed that Egypt’s population exceeded 100 million. Egypt currently has the largest population in the Arab world, the third in Africa, and the 14th globally.

According to CAPMAS, the current birth rate is 3.4 children per woman, and governmental efforts seek to reduce it to 2.1 by 2052.

Moreover, Minister of Endowments Mohamed Mokhtar Gomaa said overpopulation was caused by wrong religious thoughts. He added that his ministry was working in collaboration with other concerned bodies in the country to aware people through mosques about the issue and urge them to commit to the state plans in this regard.