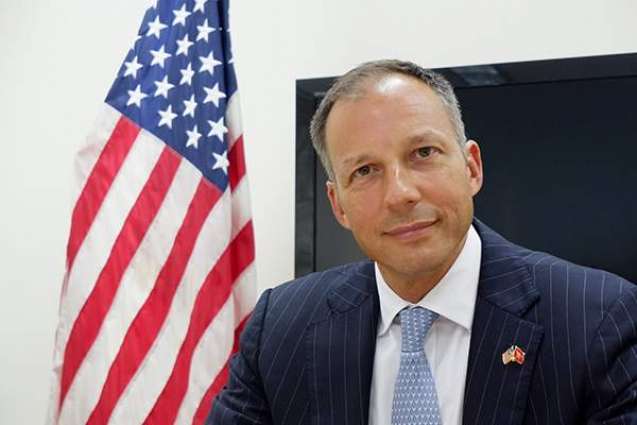 US Assistant Secretary of State for Energy Francis R. Fannon said that the US energy policy has changed and it now works not only in exporting oil, but also participating in partnerships through American companies in other countries, like Egypt.

Fannon’s statements came during his participation in the Egypt Petroleum Show (EGYPS) 2020 on Tuesday.

When he was asked about Turkey’s role in jeopardising the security and stability of the Eastern Mediterranean, Fannon said that as a member of NATO, the US tries to encourage energy cooperation as a way to achieve security and stopping the actions that may lead to instability.

“The best way to eat an elephant is one by one,” he said, explaining that the US encourages cooperation in the oil industry, aiming for security, and if it tackles everything then it will tackle nothing.

Minister of Petroleum Tarek El-Molla noted that Egypt has improved its management system as “bureaucracy is history now,” and “we are in the second phase” of production which is bringing technology for Egypt’s partners together with Egyptian experts so “partnerships will last for a longtime.”

Central Bank of Egypt (CBE) Governor Tarek Amer said that Egypt has recently gone beyond a 5% growth rate despite the global economic depression.

He explained that Egypt is encouraging foreign investments by opening channels for capital transfers, meeting the requirements for funding and making foreign exchange more readable.

Egypt is also working with the International Monetary Fund (IMF) in achieving structure reforms and overcoming the bureaucracy, he said, adding that, unlike its neighbours, Egypt has a diverse economy and does not rely entirely on the oil industry to support its economy.