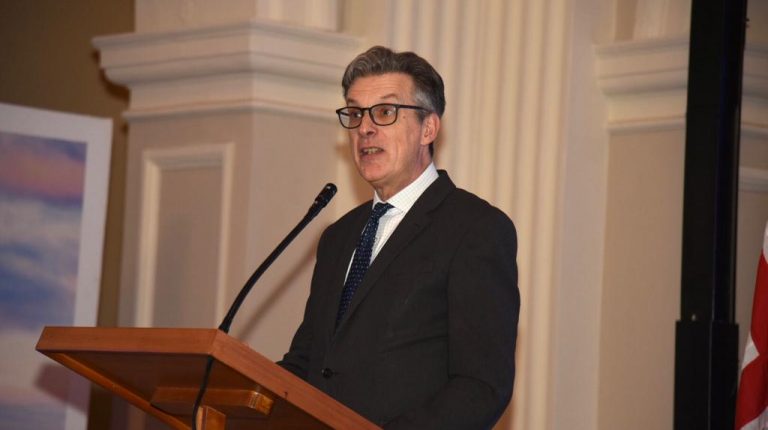 The British ambassador to Egypt Sir Geoffrey Adams held a celebratory event to welcome 58 Chevening Scholarship returnees to Egypt after finishing the one-year scholarship programme, the embassy said in a statement on Wednesday.

The scholarship programme promotes future leaders by providing fully-funded, one-year Master’s degrees in the United Kingdom’s world-leading universities, the statement added, noting that the returning scholars, of which 24 are female, studied a wide range of fields including development, media, engineering, law, finance, and public policy.

Since 1983, over 50,000 scholars have studied in the UK through the Chevening Scholarship Programme, the statement said, adding that Chevening Egyptian alumni included Vice Minister of Finance for Fiscal Policy Ahmed Kouchouk, Head of Egyptian Exchange (EGX) Mohamed Farid, and Commissioner for Infrastructure and Energy at the African Union Commission Amani Abou-Zeid.

“Last night I welcomed home over 50 Chevening scholars, back here to apply the knowledge they have acquired in world-class British universities to Egypt’s development. The life-changing experiences they have had will set them on their way to becoming the leaders of the future,” Adams said.

Chevening Scholarships are the UK government’s global scholarship programme, funded by the Foreign and Commonwealth Office and partner organisations.