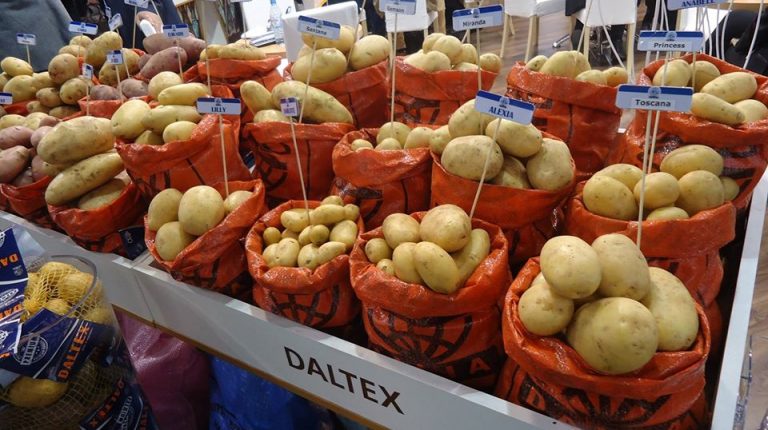 El-Wady for Agricultural Development (Daltex) bet on the citrus crop this season to improve its business results, supported by a decline in global productivity and an improvement in prices.

Hesham El-Naggar, CEO of Daltex, expects to achieve good returns for the citrus crop this season, with the support of the declining production locally and internationally, which he attributed to changes in weather patterns that affected the fruits and prevented them from growing fully.

According to a Spanish report, Madrid expects its crop of citrus fruits would initially decrease 17% during the new season, and traders in the local market suggested that this percentage would rise to 25% on average, which would support Egyptian exports.

El-Naggar explained that the improvement in crop exports will be related to value more than quantity, and Egyptian exporters will get competitive prices that will increase the value of their total business results by the end of the season.

El-Naggar said he also expects the quantities of citrus fruit exports to decrease in the new season after Europe has signed changes in the contracts of oranges, as it required the rapid cooling of shipments, which will relatively increase costs, amidst the inability of many exporters to follow the new guidelines.

He added that exports of agricultural crops will be affected in the new season, driven by the decline in production of citrus, the largest export crop, and the relative decline in potato production globally. “We hope the exports of other crops improve,” he said.

He said Daltex’s potato exports increased last year to 200,000 tonnes, compared to 150,000 tonnes in the season before, with growth of 33.3%. He does not expect the company to achieve the same results in potatoes, the company’s strongest export crop, and expects it to return to pre-past season levels at 150,000 tonnes again, he said.

He said that the company’s total exports of agricultural crops last season amounted to 250,000 tonnes, compared to 200,000 tonnes in the previous season, with a growth of 25%.

He added that last season witnessed expansion in many new markets in East Asia, which competed for Egypt’s potato exports with the Arab world and the Gulf countries, especially Saudi Arabia, which gets more than 40% of the export quantities of the crop annually.

Sweet potatoes witnessed growth this year, supported by a decline in production in Europe. The company exported 1,200 tonnes last year, compared to only 200 tonnes in the season before, with a growth rate of 600%.

El-Naggar said the volume of exports of sweet potatoes is not considered large, but the growth movement is good, stressing that the company will work to increase it in the coming seasons by improving its conditions.

About the company’s overall exports, he explained that the Russian market receives 45% of the total exports of Daltex, compared to 35% for all European countries, 13% for Asian countries and 7% for Arab countries. He pointed out that Russia always accounts for the largest percentage of exports, especially in recent years, but the company seeks to improve its presence in other markets.

Daltex plans to increase its exports to new markets, including India and China, which have high demand for Egyptian agricultural crops. The opening of the markets of Vietnam and Cambodia will also be a strong opportunity to market more than one product, El-Naggar said.

“Expansion in new markets also helps offset the problem of foreign currencies depreciating against the US dollar,” he added.