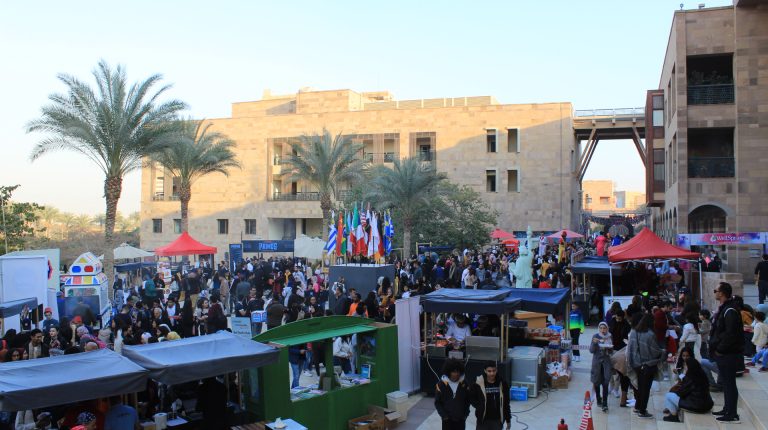 The American University in Cairo (AUC) celebrated on Saturday its centennial with an Alumni carnival.

The carnival, which took place at AUC’s New Cairo Campus, is the start of a one-week centennial festival, during which, the university focuses on the future of education, culture, and lifestyle in Egypt for the next 100 years.

The prestigious university has been celebrating its 100th anniversary for a whole year. During 2019, it focused on the history of AUC, and celebrated the successful and professional paths of its alumni.

This year’s celebration is all about the 2120’s aspects of life.

“Over the last year we wanted to be nostalgic and pay tribute to our history. This year, as Egypt is looking forward to 2030; we are sharing the same vision, but with a further look to 100 years behind it,” said Francis J. Ricciardone, AUC president.

“Which would last for more than ten years and be a part of eternal Egypt in the face of all of its problems,” he told Daily News Egypt.

The carnival witnessed a fashion show, organised by 20 design students, which was dedicated to imagining the attires of 2120, and the lifestyle of that era.

It also hosted a visual reality show, showcasing the AUC’s campus and education system after 100 years, with main focus on the imagination of architecture in 2120.

For his side, Alaa Eldin Edris, the associate provost for research, innovation, and creativity stated in a press conference that the university has a research centre which mainly studies the future of education, and new and potential fields, assuring that the university’s educational system would be all about merging between sections, and having the needed integration between studied fields.