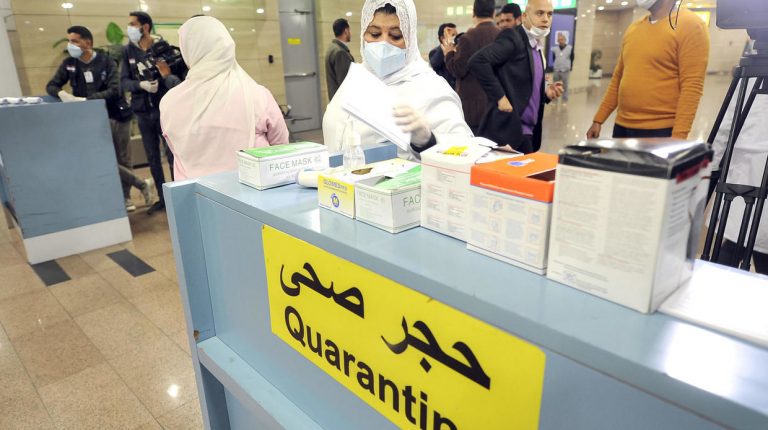 The first confirmed case of the new Coronavirus was detected in Egypt in a foreign national on Friday, a joint statement by the  health ministry and the World Health Organisation said.

Hala Zayed, Minister of Health, said that the patient tested positive for Coronavirus , but there were no symptoms until today. The virus is considered tone in its incubation period within the patient, meaning that the patient is not technically infected with the virus.

The patient had been quarantined in a hospital, according to the ministry, and no further information about that person has been released.

The health ministry said in a statement that it is taking all necessary preventative measures and has informed the WHO.

The spokesperson said the case was detected due to the measures taken by the ministry that includes an electronic programme to register and follow up on those who arrived in Egypt from countries inflicted with the virus and through teams that monitor them daily.

In preparation of this, the Egyptian Ministry of Health has previously established a medical camp, with all the necessary medical equipment. It has also assigned a medical team consisting of three doctors and three nurses to travel in a plane carrying Egyptians returning from China.

The ministry pointed out that the medical camp is provided with equipment, a central laboratory specialised in virology, and a chemistry and hematology laboratory. The ministry has also established a central pharmacy stocked with chronic and infectious disease medication.

The camp has four self-sterilised ambulances, and 25 ambulances with intensive care units, in addition to preparing a hospital near the camp to receive any suspected cases.

The viral disease first surfaced in December in Wuhan, China, and has since spread to many other countries around the world.

A total of 1,380 people have died in China, in addition to three others in other countries.

Mobile phone prices expected to hike due to Coronavirus fears