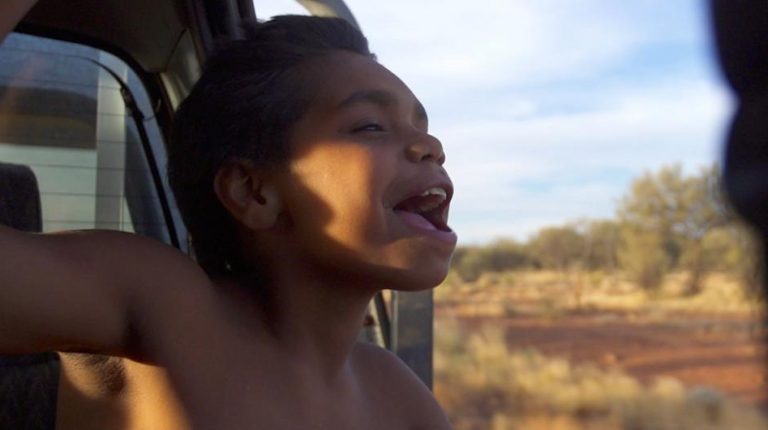 The Human Rights Watch Film Festival (HRWFF) will return to London from 12 to 20 March, featuring empowering documentaries and dramas celebrating courageous people from 14 countries. Eleven of the 14 films selected for this 24th edition are directed by women.

The festival, generously supported by players of People’s Postcode Lottery, will open with Alexander Nanau’s Toto and His Sisters. Following the fatal 2015 nightclub fire in Bucharest which killed 27 young people, injured 180 others, and subsequently led to the death of a further 37 from bacterial infections, a group of dedicated journalists from the Romanian newspaper Gazeta Sporturilor uncovered a vast healthcare fraud.

Their relentless and detailed investigation revealed that urgent hospital funding had been siphoned off and disinfectants diluted, enriching the country’s most powerful moguls, hospital managers, doctors, and politicians. As the tide began to turn with increased public awareness, the section collective highlighted the essential role of a free press in calling out corruption.

The screening will be followed by an in-depth discussion with the director Alexander Nanau and special guests.

“Journalism has been under increasing assault these past few years and Alexander Nanau’s documentary highlights the resilience and challenges of good journalism in advancing human rights. I am delighted we’re opening the festival with this searing work of universal importance.”

Rubaiyat Hossain’s impressive debut drama, Made in Bangladesh, will close the festival on 20 March. Channeling real-life stories that the Bangladeshi filmmaker encountered as a women’s rights activist, this layered film shined a light on the oppressive clothing industry. It showed how Shimu, a tenacious factory worker, battled to create a union in the factory where she worked, in the face of patriarchal bosses, violent disapproval from her husband, and indifferent government officials. The screening will be followed by an in-depth discussion with the director Rubaiyat Hossain and special guests.

“One hundred years ago in Bangladesh, women had to live in seclusion. Today, they are working, they are making a living for themselves and their families, and they are fighting within the factory and at home for their rights” said Hossain.

Inspiring insights into predominantly female activist leaders, indigenous rights, mass collective movements, the ongoing struggle for disability rights, and the power of journalism will be seen throughout the festival.

Two beautiful documentaries from Peru and Australia, shined a light on courageous individuals – one elder and one youth – both fighting for indigenous rights.

Claudia Sparrow’s Maxima told the story of Máxima Acuña (winner of the 2016 environmental Goldman Prize) who owned a small, remote plot in the Peruvian highlands which sat directly in the path of a multi-billion-dollar project run by one of the world’s largest gold mining corporations. Faced with intimidation, violence, and criminal prosecution, Acuña tirelessly fought for justice through the Peruvian Supreme Court and then the World Bank in Washington, DC. She sang of her love of the land in the face of widespread oppression of indigenous people and the relentless attempts to destroy environmental resources that the world relied on.

The 10-year-old Dujuan was aboriginal, and to quote the young protagonist of In My Blood it Runs, “that means I have a memory – a memory about being Aboriginal.”

Dujuan had a strong connection to his culture, spoke three languages, and was regarded as a healer in his community. But within the colonised Australian school system, his strength, gifts, and intellect went unnoticed, his culture ignored and deleted from schoolbooks. He acted out and attracted attention from the police and child welfare system. In this powerful portrait, made in collaboration with Dujuan’s family, director Maya Newell put the beauty, resilience, and challenges of the Northern Territory’s indigenous children in the spotlight. At the time of filming, 100% of the youth in detention centres in Alice Springs, where Dujuan was from, were aboriginal.

The courage and resilience of individuals to stand up for freedom of speech and democracy was captured in three festival documentaries.

In Juliana Fanjul’s Radio Silence, the incorruptible journalist and news anchor Carmen Aristegui, regarded by millions of Mexicans as the trusted alternative voice to official government spin, refused to be silenced in 2015, when a radio station fired her after she revealed a scandal involving then-President Enrique Peña Nieto. Despite threats to her safety, she decided to build a separate news platform to stay on the air to expose government corruption and fake news.

With extensive access to key players reaching the highest levels of government and with footage recorded by phone-wielding protesters, Garin Hovannisian’s I Am Not Alone captured the energy and hopefulness of the grassroots protest and direct action that resulted in Armenia’s “velvet revolution” in 2018. On Easter Sunday, Nikol Pashinyan put on his backpack and started on a 120 mile walk to protest President Serzh Sargsyan’s attempt to stay in power for a third term. This solitary act of peaceful protest would mark the start of a 25-day revolution that inspired thousands of protesters across the country to peacefully join together with one clear demand: Serzh Sargsyan must go.

Joe Piscatella’s Mai Khoi and the Dissidents followed the pop singer Mai Khôi – who has been compared to the Russian musician-activists Pussy Riot and dubbed “Vietnam’s Lady Gaga” – as her songwriting took a sharp turn from patriotic to critical. Khôi’s creeping unease with her government’s threats and censorship pushed her to release her controversial 2017 album “Dissent” without government approval. This resulted in a media and performance ban, constant surveillance, and threats of imprisonment. Determined to retain her voice, she went to great lengths to disseminate her music as she fought to champion women’s and LGBTQ’s rights and free speech.

The tension between personal freedom, cultural traditions, and the impact on ambitious young people making their way in the world were the focus of Hilla Medalia and Shosh Shlam’s Leftover Women. The film was about women in China aged over 27, characterised as “sheng nu,” or “leftover.” As an effect of the now-defunct one-child policy, China had 30 million more men than women, leaving single women under immense social pressures to marry quickly or be rejected by society. The directors follow three women in their quest to find a husband, weighing the cost of family and society’s approval against their own chances of happiness.

The genesis of the disability rights movement and societal prejudice toward the ‘other’ are the subject of two films at this year’s festival.

The 2020 Sundance Audience Award-winning documentary Crip Camp showed the beginnings of a social movement that would change the lives of millions of people with disabilities around the world. From Camp Jened, the alternative summer camp likened to Woodstock where teenagers created their own wild getaways, grew a collective of revolutionary activists who boldly celebrated their differences, provided support, and stood together to fight for their rights in a world failing to make room for them.

The directors, Nicole Newnham and former camper Jim LeBrecht, captured the spirit, music, and budding activism of 1970’s youth in this playful documentary about a disability rights movement that continued to the day.

In Rachel Dretzin’s affirming documentary Far From The Tree, the writer Andrew Solomon used his own personal experience to consider four characters, Jack, Jason, Loini, and Trevor, who challenged society’s narrow definition of “normal” and encourages viewers to let go of their preconceptions and to cherish our loved ones for all they are, not who they might have been.

Four festival titles reveal the intimate and complex journeys individuals took in their efforts to understand their past, achieve a sense of belonging, and find happiness and security.

When she was 12 years old, the actress and filmmaker Maryam Zaree found out that she was one of many babies born inside Evin, Iran’s notorious political prison. Maryam’s parents were imprisoned shortly after Ayatollah Khomeini came to power in 1979. With Born in Evin, the filmmaker confronted decades of silence in her family, seeking to understand the impact of trauma on the bodies and souls of survivors and their children. Her vulnerable, lyrical journey led her to question how her generation can relate to their own history while also respecting the people they loved who prefer to heal in silence.

Eva Mulvad’s epic and intimately filmed documentary Love Child introduced Leila and Sahand at the start of a turbulent five-year period beginning with their escape from Iran where, while married to other people, they fell in love. Since adultery was punishable by death and divorce was forbidden, they started over again as a family in Turkey with their young son, Mani, who had not yet known that Sahand was his biological father. Suddenly living together in a strange new land battling tightening asylum laws to find security after years in limbo, they were learning more about each other in the toughest of circumstances and facing hurdles that tested the strength of their relationship.

Spanning a decade in two of the world’s largest centres of immigration, New York and Berlin, Christina Antonakos-Wallace’s nuanced debut featured documentary From Here – which had its world premiere at the festival – defined what it meant for immigrants to “belong” in societies that were increasingly hostile to their existence. Tania, Sonny, Miman, and Akim were artists and activists whose lives and futures hung in the balance of immigration and integration debates. As the US and Germany grappled with racism, nationalism, and a fight against diversity, each of the four moved from their 20s into their 30s and faced major turning points in their lives: fighting for citizenship, starting families, and finding room for creative expression.

As witnesses of the genocide of over 200,000 indigenous people, the Mayan women of Guatemala acted as a bridge between the past and present in César Diaz’s debut drama Our Mothers, winner of the Caméra d’Or at the Cannes Film Festival in 2019. Set in 2018, the film followed Ernesto, a young forensic anthropologist who was tasked with identifying missing victims of Guatemala’s 36-year civil war. While documenting the account of an elder Mayan woman searching for the remains of her husband, Ernesto believed he might have found a lead that would guide him to his own father, a guerrillero who disappeared during the war.