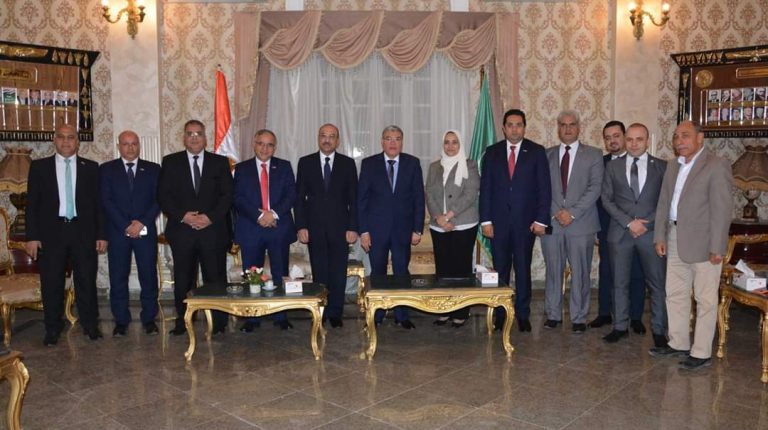 The Industrial Development Bank (IDB) has pumped EGP 2.2bn to finance 205 factories, as part of the “One Thousand Factories” initiative launched by the bank in mid-2019.

Last week, the bank opened its newest branch in Minya, within the framework of the bank’s strategy for geographical expansion to provide all banking services faster and actively participate in supporting the state’s development efforts.

Maged Fahmy, chairperson and managing director of the bank, said that the opening of the new Minya branch comes in line with the state’s plan to develop Upper Egypt governorates, to bring about real, concrete, and rapid development. It is also part of the bank’s efforts to achieve widespread competition in the banking market, to reach a broad base of customers, and be closer to them. This comes at a time when the bank is changing its institutional identity, and developing and modernising its branches.

The new branch comes as part of a series of openings for new branches that have been completed, and will be opened successively in Ismailia, Sadat, Stanley, Beni Suef, and Suez.

The first electronic branch will be opened soon, Fahmy said, explaining that there will also be developments carried out in Qena, Fayoum, Tanta, and Port Said branches before end of the year.

He confirmed that IDB has succeeded in achieving unprecedented target numbers in 2019, and in terms of expanding to support the retail banking sector and small and medium enterprises. It has also signed many protocols with the governorate to serve the industrial and investment sectors.

Fahmy said that he believes in the bank’s social role and the importance of social responsibility. The bank’s interest in health, education, and environment comes to support the neediest villages and slums, and combating poverty.

Hamdy Azzam, vice chairperson of the bank, said that the results achieved represent a turning point in the bank’s strategy at all levels of the bank’s work, which greatly serves the national economy.

He explained that the bank launched the One Thousand Factories initiative to provide new job opportunities, encourage export, eliminate unemployment, and support the industrial sector, which is the backbone of the Egyptian economy. He noted that it has benefited from this initiative since its launch of about 205 factories with funds amounting to EGP 2.2bn.

He said that the bank has also been keen on participating in the real estate financing initiative launched by the Central Bank of Egypt (CBE), pointing out that the bank pumped about EGP 1.2bn for more than 11,000 customers.

The bank has been strengthening its manpower by training young individuals, as nearly 110 distinguished young people were included and educated in using the latest financial systems to later become future cadres within the bank.

On the sidelines of the Minya branch’s opening, Fahmy signed a cooperation protocol with Osama El Kady, the governor of Minya, with the aim of establishing and financing industrial areas in the governorate and funding delivering facilities to citizens of the governorate, including natural gas, electricity, and waste.

El Kady said that the protocol comes in line with the state’s trends towards facilitating investment, developing small and micro enterprises, providing convenient services to citizens, facilitating access to public services and facilities at a low cost with easy payment methods, and providing adequate housing for people with limited and medium incomes for a proper price and flexible installments.

Fahmy said that the protocol includes cooperation in a number of various fields, including the field of vocational training and entrepreneurship centres in Minya Governorate. This is meant to create a new generation of manufacturers and craftspeople, providing banking awareness and job opportunities for graduates, and supporting micro, small, and medium, enterprises.