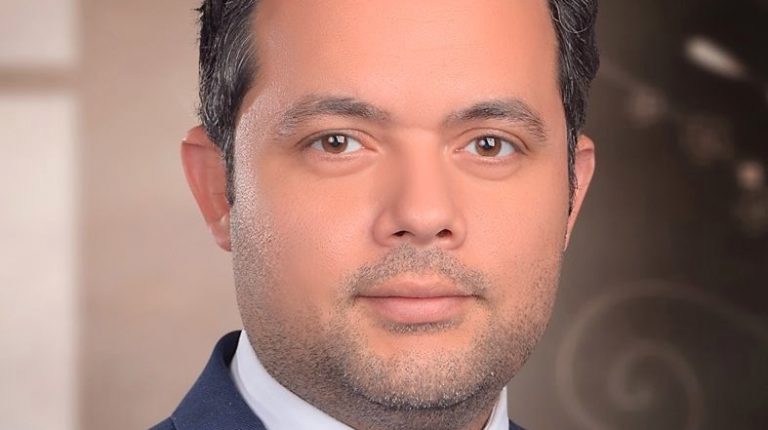 Daily News Egypt sat down with Ahmed El Zayat, CEO and managing director of SCADA and supervisor of construction, architecture, urban planning, landscaping and civil engineering at the Egyptian Businessmen’s Association (EBA) to discuss the real estate and construction situation in Egypt and in Africa at large. Egypt has experienced many mega construction projects all throughout the country, from adding expansions to the capital to constructing entire cities.

DNE discusses the role the middle class plays in buying real estate, how the state is helping out in maintaining construction projects, and how to encourage Egyptians to invest in and out of the country, specifically within other African nations.

The past few years have seen a growth in demand on the sector of construction, should we expect the growth to continue? And what would its rate be?

The growth was real, and real estate development companies rushed to maximise their investments in the sector. The construction sector is considered the main locomotive of the Egyptian economy given the popular culture to invest in real estate for its economic security and continuously increasing value.

However, after flotation and the exaggerated increase in prices, we are seeing a slowdown in the sector’s growth. But with the mortgage finance programmes proposed by the state, citizens, and investors alike will be encouraged to inject more funds into the sector, hence, revive it. The demand rates on buildings reached 30%, and we expect it to reach 35% over the upcoming period. There are two reasons for that. The first is that the bank reduced the interest rate, with expectations for it to drop to 10-12%. The second is the state’s trend towards real estate export.

What is the impact of the CBE’s initiative allocating EGP 50bn to support mortgage finance for medium housing on the real estate market?

The CBE initiative comes to support and reinforce business sectors in Egypt, including the construction sector.  It is certainly a good step to revive the real estate market. It depends on the implementation mechanism, meaning it depends on who the beneficiaries are, because the problem is not about laws and regulations, but rather about implementation.

The prices of the real estate market increased by 100-150% over the past few years, and the increase does not match the 30% increase in incomes of the middle class, which makes it unable to pay installments with a 5% interest rate on 20 years and make use of the EGP 50bn. Moreover, it bears the costs of everyday living, like school fees and energy, which represents 25% of their budget.

This is why we are still concerned about the implementation mechanism which needs a strong initiative from the political leadership as well as clear and precise conditions for those who meet the medium-housing requirements.

What is the impact of construction material prices, including iron and cement, on the real estate market?

The prices of these materials in Egypt are related to the prices internationally. Economic wars also have an impact. The Egyptian government has taken swift measures to protect iron pallets and preserve local industry. Egypt is an attractive market for construction materials, and we have several factories producing enough porcelain and cement to meet the needs of the local market.

The construction market in Egypt is currently seeing stability. Prices have also recently declined by 10-15% the end of 2019 due to the procedures taken by the government to reduce gas prices from $7 to $5.5 per each million thermal units. However, the decline in construction material prices has not greatly affected the real estate sector because of the increase in the value of lands and high cost of Egyptian labourers.

How has the establishment of 14 new cities affected the real estate sector and its investments?

Through the economic reform programme, the state managed to establish the infrastructure of more than 14 new cities, and most of them are located in Upper Egypt, such as New Aswan, New Souhag, and New Alamain cities, in addition to the New Administrative Capital (NAC). Work is underway on New Rashid and Ras El Hekma cities.

The state’s interference caused fears among private sector owners from the government sector’s acquisition of a large segment of construction and building, however, the state managed to send positive messages to private sector owners, and made it clear that its role is to manage and regulate market mechanisms and establish an infrastructure that attracts investors.

What is the size of the opportunities available in the real estate investment sector in light of the population increase?

Some studies show that the Egyptian market needs 300,000 residential units annually due to the dense population that is expected to reach 120 million during the next three or four years, so owning real estate is the hope Egyptian citizens live by, and regardless of how bad the situation gets, Egyptians do not stop buying and building real estate. Not to mention, prices see a kind of stability instead of a decline. For example, the period between 2011 and 2015 saw political unrest, however, that never affected the sector of construction and lands, instead, it caused an increase in prices.

Is there a need to change the fact that there is a connection between contracting companies’ evaluation and the commitment to disbursing their dues?

The Egyptian parliament is currently discussing a draft law regulating the profession of a real estate developer. The real estate market used to achieve profits up to 200-300%, which never happened in any country in the world. This, naturally, encouraged several entities and individual to enter the field of real estate development. The issue of “a lack of commitment” to engineering blueprints, units quality, and delivery times emerged. As a result, the new law is likely to regulate the local real estate market and improve the relationship between sellers and consumers, as well as oblige companies to stick to their promises to avoid being on the blacklist. The new real estate developers law is expected to contribute to regulating and controlling the market, especially during the upcoming phase which will likely witness real estate exportation.

How do you see the changes that have recently taken place in economic ministries, such as joining the Ministry of Investment to the Cabinet?

The majority of the changes were necessary due to the slowdown in direct foreign investments, given the international recession and the economic crisis likely to happen in 2020. Moreover, we have internal issues such as customs, bank transfers, and African markets due to lack of representative offices. The aim of the ministerial change is to introduce new mechanisms to the economic group to benefit from the infrastructure created by the state for billions of pounds. There are also big investment deals that require quick action, and the fact that the Ministry of Investment is part of the Cabinet will speed this up.

With the openness of Africa, and Egypt’s leadership of the African Union, what are the steps required to launch in African markets over the upcoming months?

The main locomotive is representative offices because we have a major deficiency in information about African markets and their needs. There is also the obstacle of bank transfers, however, the second half of 2019 saw major movements by several banks who established branches in some African countries. This helped encourage Egyptian investors to do business in Africa and open diverse markets. We will also need support from the state to encourage Egyptians to invest in Africa because we still have fears of political events causing instability in African markets.