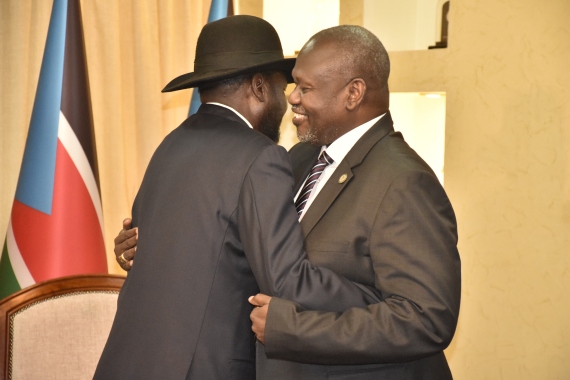 South Sudan President Salva Kiir on Saturday agreed to revert the country back to the former 10 states, down from the current 32, to break a stalemate with the opposition over the contentious issue.

Mayiik Ayii Deng, minister in the office of the President, said in Juba that the president, together with his two deputies, had resolved to return the country to 10 states and their respective counties plus three administrative areas.

“After thorough deliberation on the subject matter and in the interest of peace and stability in the country, the president had to make a compromise,” Deng said.

He said Kiir is grateful to citizens for their unwavering support and for having stood with the government throughout the conflict despite the hardships brought upon them by the more than five years of civil strife.

“This decision may not have been the best option for our people but for the sake of peace and unity in the country, the Presidency sees it necessary,” Deng said.

He said the presidency has taken note of the people to be affected by these changes and some arrangements have been put in place to address their concerns.

Deng said the Ministry of Justice and Constitutional Affairs has been authorized to effect the legal changes immediately.