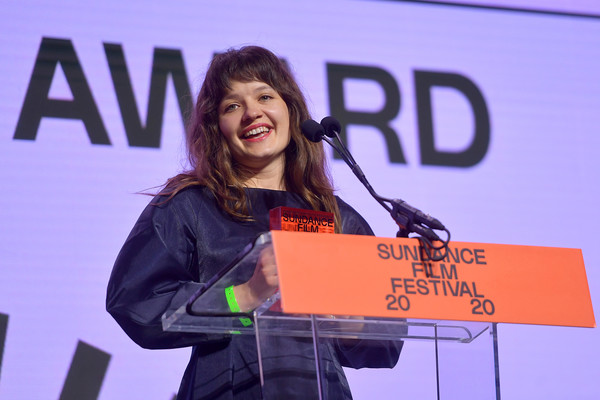 was about a 7-year-old Korean-American boy whose life was turned upside down when his father decided to move their family to rural Arkansas and start a farm in the mid-1980s. The film also landed the U.S. Dramatic Audience award.

The U.S. Grand Jury Prize for best documentary was presented to Jesse Moss and Amanda McBaine’s Boys State. The film, in an unusual experiment, told the story of one thousand 17-year-old boys from Texas joining together to build a representative government from the ground up.

The World Cinema Grand Jury Prize for best documentary was presented to Hubert Sauper for Epicentro. The film took place in Cube, a place well known as a so-called time capsule, and a place where the New World was discovered. However, it has become both a romantic vision and a warning. With ongoing global cultural and financial upheavals, large parts of the world could face a similar kind of existence.

The World Cinema Grand Jury Prize for best drama was presented to Massoud Bakhshi for Yalda, a Night for Forgiveness. The film follows Maryam who accidentally killed her husband Nasser and was sentenced to death. The only person who could save her was Mona, Nasser’s daughter. All Mona had to do was to appear on a TV show and forgive Maryam. But forgiveness proved difficult when they were forced to relive the past.

As for the U.S Audience Award Best Documentary was presented to Nicole Newnham and Jim LeBrecht for Crip Camp. Down the road from Woodstock in the early 1970s, the film followed a revolution blossomed in a ramshackle summer camp for disabled teenagers, transforming their young lives and igniting a landmark movement.

The Audience Award for the best world cinema documentary was presented to Jerry Rothwell for The Reason I Jump. The film was based on the book by Naoki Higashida. This immersive film explored the experiences of nonspeaking autistic people around the world. As for the Audience Award for the world cinema drama was presented to Fernanda Valadez for Identifying. The film was about Magdalena who made a journey to find her son, who had gone missing on his way to the Mexican border with the US. Her odyssey took her to meet Miguel, a man recently deported from the US. They travelled together, Magdalena looking for her son, and Miguel hoping to see his mother again.

The Directing Award for best American documentary was presented to Garrett Bradley for Time. The film followed Fox Rich, an indomitable matriarch and modern-day abolitionist who strived to keep her family together while fighting for the release of her incarcerated husband. An intimate, epic, and unconventional love story filmed over two decades.

The Directing Award for best American was presented to Radha Blank for The 40-Year-Old Version. The film followed a down-on-her-luck New York playwright who decided to reinvent herself and salvage her artistic voice the only way she knew how: by becoming a rapper at age 40.

“At Sundance, we believe art can break through noise and polarisation. In volatile times like these, democracy and storytelling aren’t separate – they’re inextricably linked,” said Sundance Institute Executive Director Keri Putnam. “Congratulations to each and every one of tonight’s winners, and to all the extraordinary artists who joined us at the Festival.

“As my final festival as director comes to a close, it has been the honour of a lifetime to stand with these artists, and to see their work meet audiences for the first time,” said Sundance Film Festival Director John Cooper.

Putnam announced Tabitha Jackson as the incoming director during the ceremony.