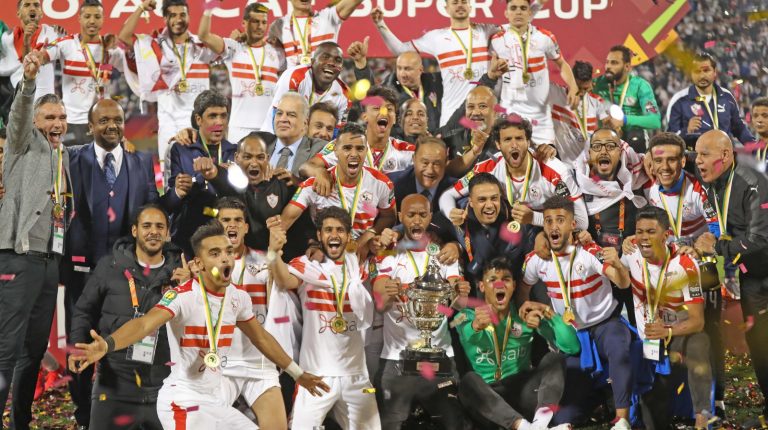 A crazy joy dominates the corridors of Zamalek Club after the deserved coronation of the African Super Cup for the fourth time in history, defeating Tunisian Espérance Sportive de Tunis 3-1. 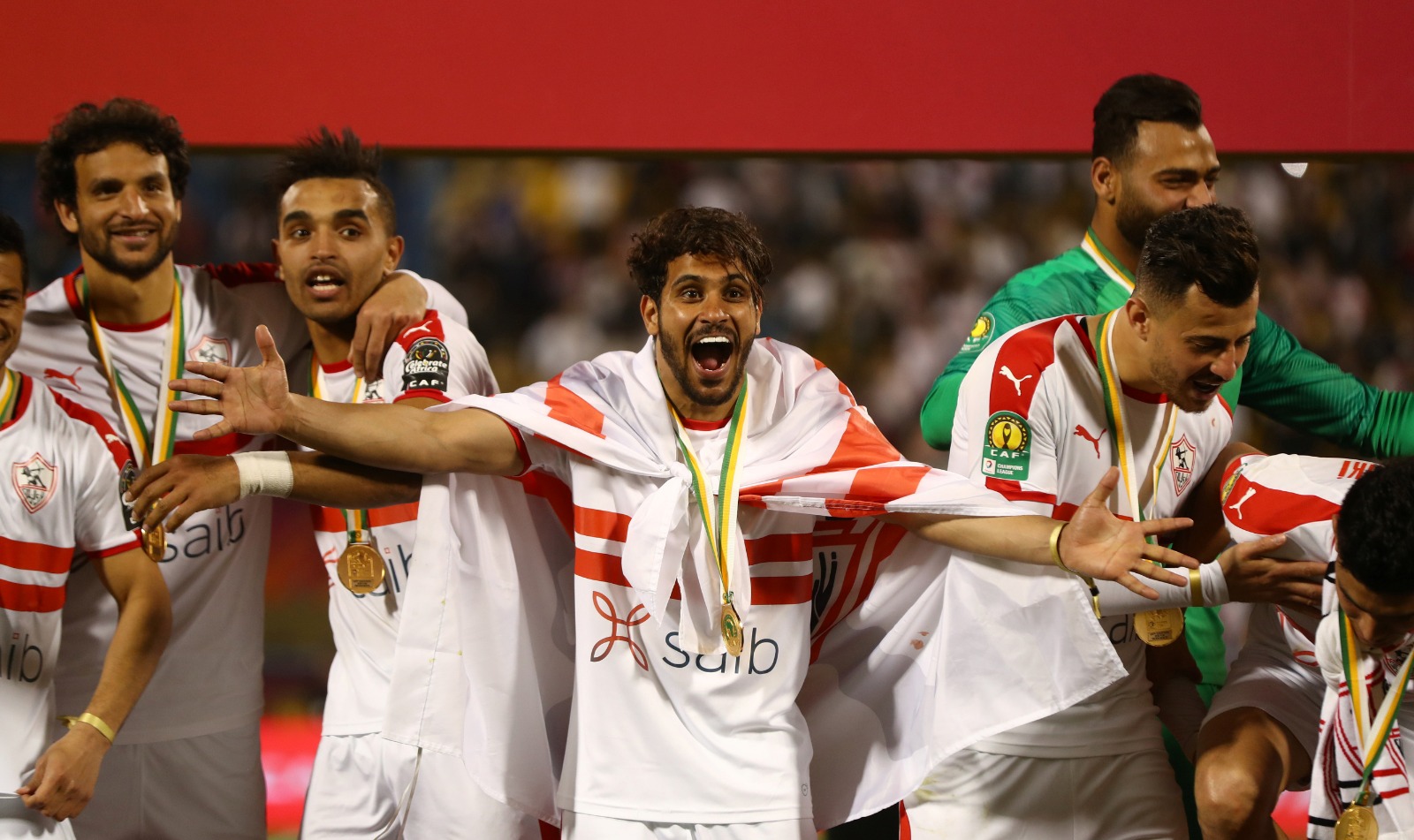 Mortada Mansour, president of Zamalek club, decided to disburse immediate rewards for the players after the win of the title, the first since 2003.

“We achieved the super cup title and proved my words that the Confederation Championship is stronger than the African Champions League,” said Mansour.

Mansour noted that he insisted that the mission return to Egypt before the local super match, saying he had a feeling that they would achieve the Super Cup at the expense of Espérance.

Zamalek mission enjoyed a large welcome reception by White Knights fans, singing with the players who landed in Cairo at 11 PM on Saturday.

Sports Minister Ashraf Sobhy was present to welcome the team.

Wydad AC of Morocco also congratulated Zamalek and posted a picture of its former team duo Mohamed Ounajem and Achraf Bencharki who currently play for Zamalek. The two in particular contributed to the victory of Zamalek.

For their part, the players promised to reap the local super cup and continue a victory streak on Thursday when they play Al Ahly in the UAE. 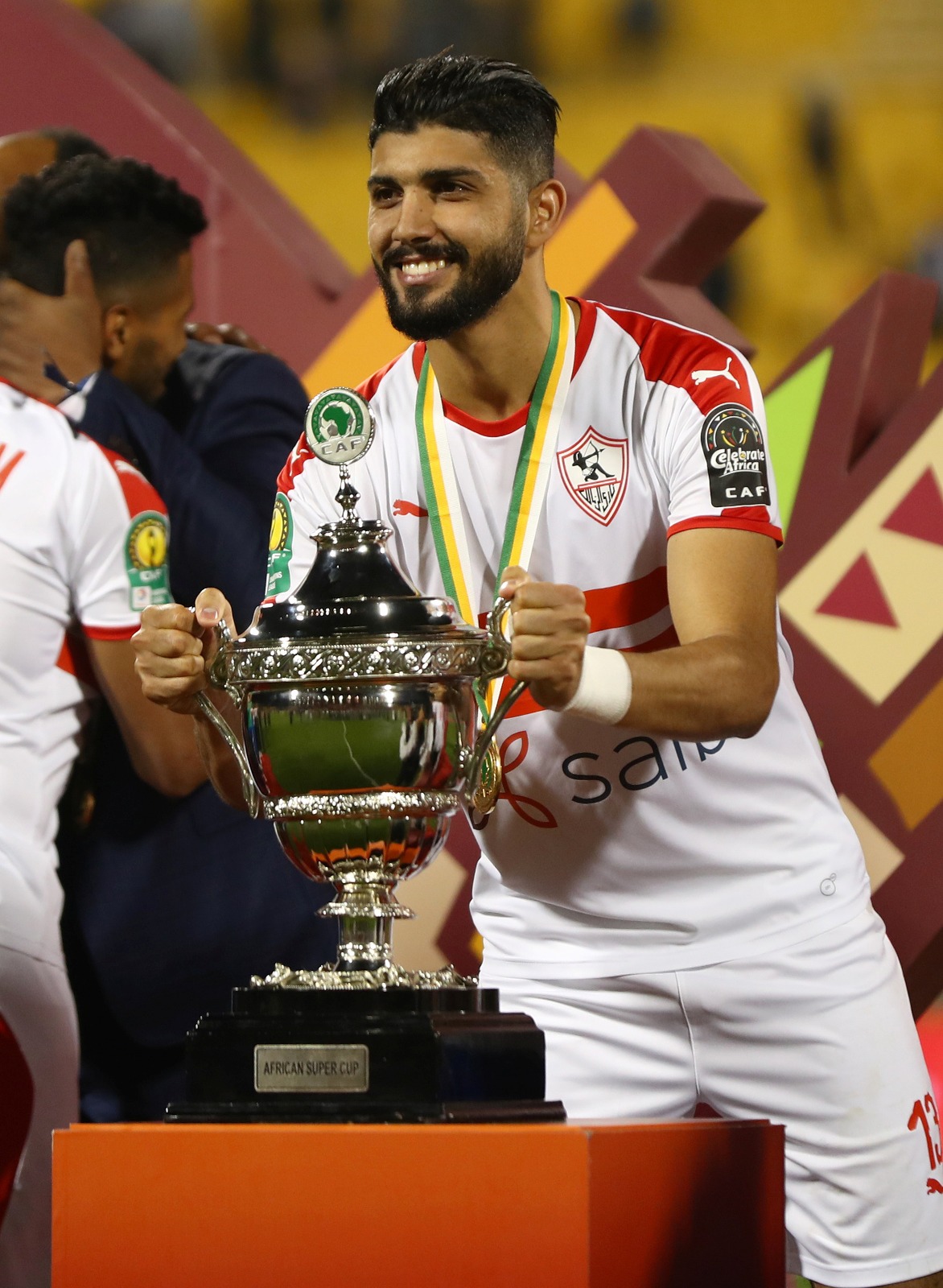 Mansour refused to participate in the top match against Al-Ahly in the league scheduled for 24 February, stressing that he will not allow the Egyptian Football Association to physically “destroy” Zamalek and Al-Ahly players because of the pressure of matches, especially since the two will meet twice before playing in the Confederation Championship.

French Patrice Carteron was the head coach of Zamalek to win the African Super Cup yesterday, at the expense of the Espérance Sportive de Tunis 3-1. Carteron has become a scary and painful nightmare for the Tunisian Esperance, players, and fans, after taking the African Super Cup for the second time in a row, to score a historic record in the super. He is the only coach who succeeded in winning the title two consecutive years with two different teams, having won the title with Raja Club Athletic with a  2-1 win at the expense of Esperance, and then again this year with Zamalek.

Carteron has also outperformed Esperance in four out of five matches, where he won twice with Al-Ahly, once with Raja, and once with Zamalek, while he lost from Esperance once in front of Al-Ahly in the second leg of the 2018 African Championship final at Rades Stadium 3-0.

He succeeded in presenting his credentials officially to Zamalek board of directors and the White Knights fans after obtaining the historic super cup title.

He is awaiting a challenge no less difficult than the African Super Cup when he play Al-Ahly in the Egyptian Super Cup in the UAE. The Frenchman hopes to steal the title from the Red Devils with  the win Zamalek had. He was also coaching them before. He also hopes to help Zamalek avenge Al Ahly for winning the title in a game that ended 2-3. 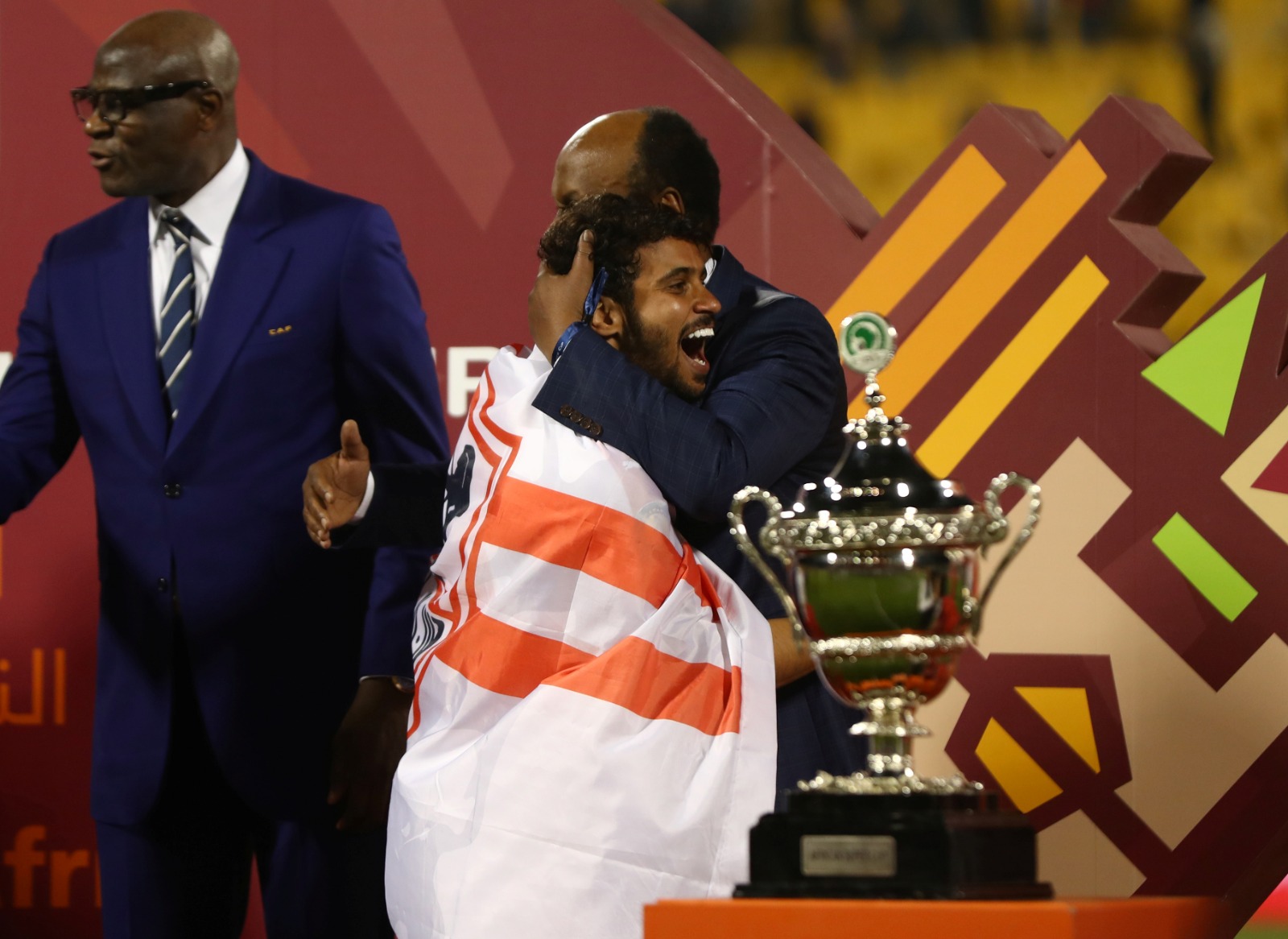 Although he couldn’t participate this match due to an injury, Shikabala was the one who raised the championship cup on the podium as the team’s captain, which is his second title with the team.

He had achieved his first African Super Cup title with Zamalek 17 years ago when he played with the white team against the Moroccan Wydad AC and won 3-1 in Cairo International Stadium.

Shikabala also put himself on the list of Zamalek captains who have raised the African championships title along with Farouk Gaafar, Ibrahim Youssef, Hisham Yakan, Khaled Al-Ghandour, and Hazem Imam.

Shikabala returned to Zamalek at the beginning of the current season after a failed professional contract in Greece. He led Zamalek to win the Egypt Cup after his return at the expense of Pyramids then advanced to the African Champions League quarter-finals in the current version. However, in the local league, Zamalek lost many points, suffering defeats or ties while its rival Al Ahly lead the ranks with 45 points from 15 consecutive wins.

The 33-year-old hopes to end his career with the White Knights by winning more titles during the coming period, locally, and in Africa. The team’s technical staff will be preparing Shikabala with a strong physical and technical programme to use him against Al Ahly, capitalising on his expertise.

The fox Achraf Bencharki: achieved dreams in Egypt and extinguished the fire in Morocco

The Moroccan superstar, Achraf Bencharki, made history with Zamalek after his remarkable brilliance since joining the ranks of the white team. 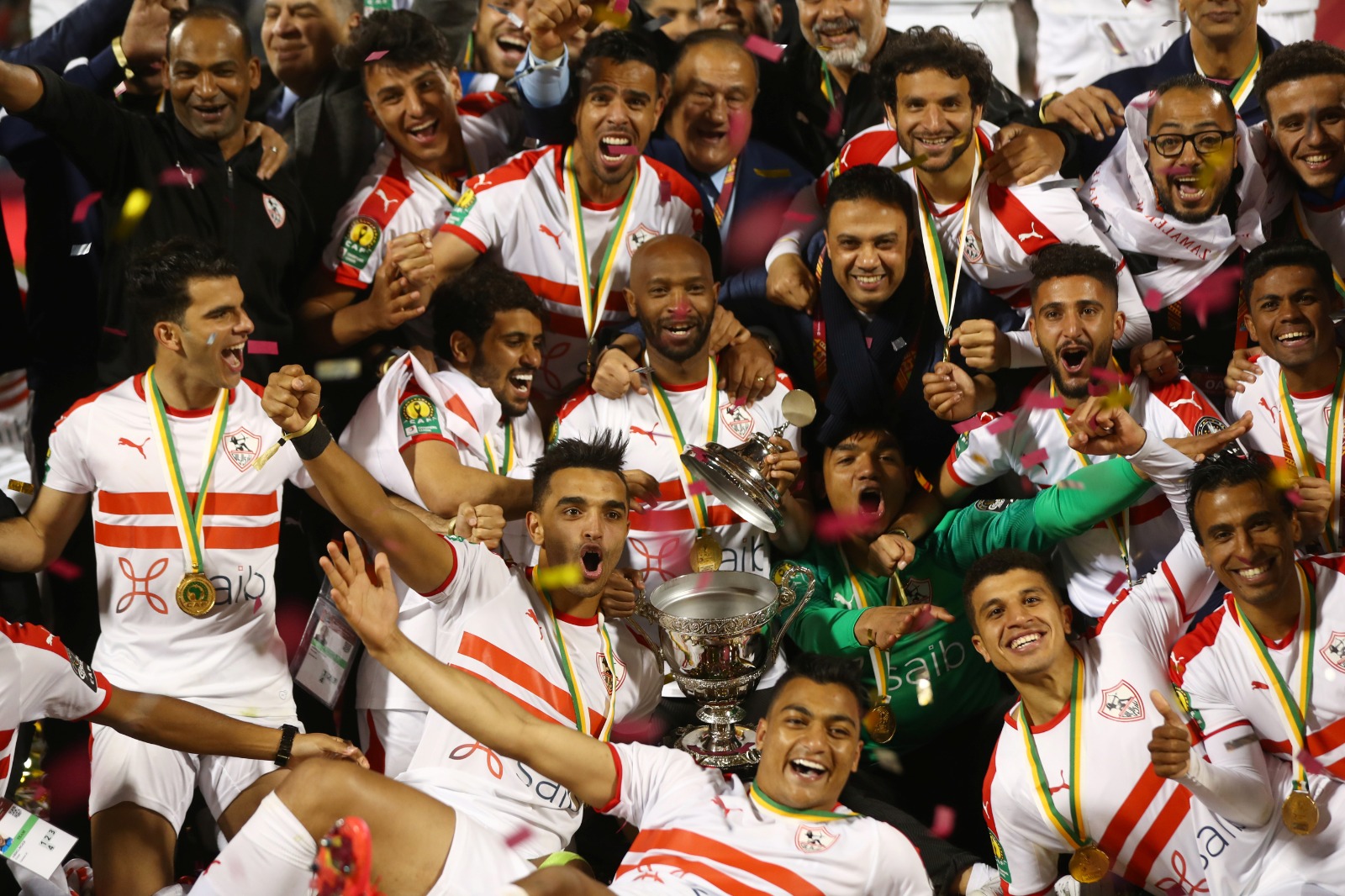 Bencharki fulfilled the wishes of the fans of his current and former club, Wydad of Morocco, and scored a double in his team’s 3-1 victory over Esperance, and crowned the African Super Cup for the fourth time in history.

The Wydad fans had called for former duo Achraf Bencharki

and Mohamed Ounajem to win the title amid rising tensions between Esperance and Wydad fans after the events of the Champions League final last season.

Wydad did not complete their match against Esperance in Rades stadium in protest against the failure of the VAR technique. They tried to cancel the match before the disciplinary committee crowned Esperance in the Cup.

Bencharki took the top scorers rank with the white team in the African Super Cup with two goals, followed by Ayman Mansour, Abdel Halim Ali, Hazem Imam, Mohamed Abdel Wahid, and Youssef Obama, with one goal each. This is Bencharki’s second African title, having reaped it before with Wydad in 2017.

The Casablanca club said on its official Facebook page, “Wydad AC presents its warm congratulations to Bencharki and Mohamed Ounajem, as well as the Egyptian Zamalek team for winning the African title.”

Zamalek won the fourth title in history, last won the title in 2003. 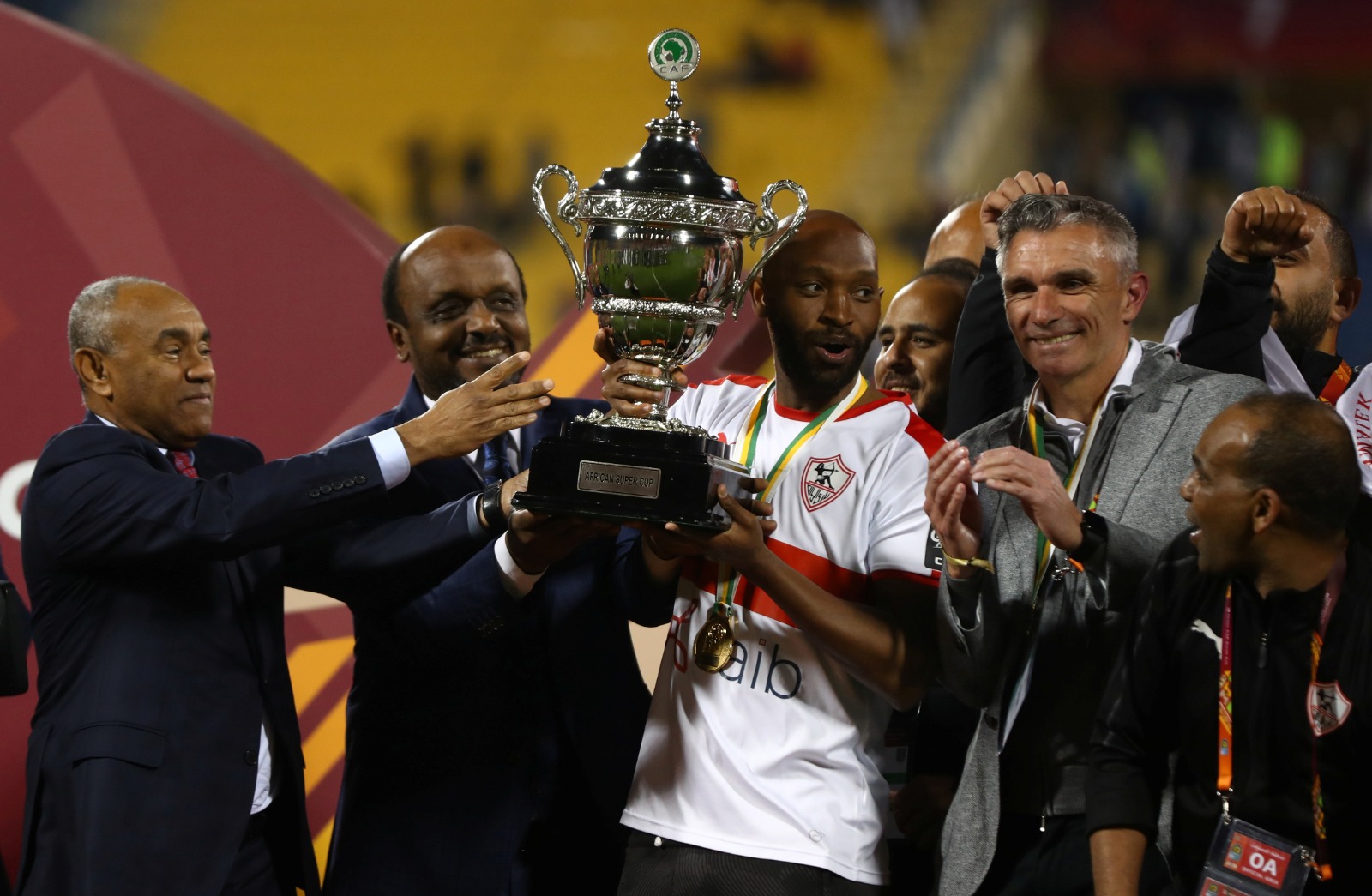 Tarek Hamed is a player where all skills and mastery have gathered; he has been the key for the White Knights win of the African Super Cup. He is not only a White Knight player, he is also a symbol.

Hamed was able to write his name in history of the team becoming the beating heart of Zamalek, thanks to his high fighting spirit, and the only player who controls the team midfield.

For the fans, Hamed is the team’s worrier who puts on his super hero cape when the team is in difficult situations, corrects the mistakes of everyone on the field, and transmits enthusiasm and confidence among the players. This was evident in the last game when Zamalek was tied with Esperance, before Hamed intervenes and helps Achraf Bencharki score the second and third goals to win the game.

Hamed proved that he is an indispensable player in his team since joining in 2014, due to the great strength he represents in the midfield of his team and his great ability to extract the ball from the opponent.

In the presence of Hamed, reaching Zamalek goalkeeper is a difficult mission, as he is on the pitch.

Hamed did not carry the captaincy of his team in many matches, but this does not prevent him from always playing a role in his team, especially in major confrontations.