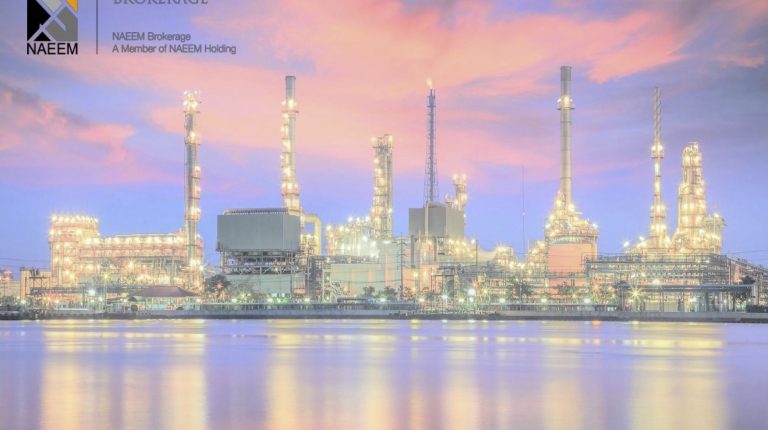 Naeem Research expects lower prices for petrochemicals and fertilisers in a report issued by the centre tells of a local maret that is amped with many growth opportunities, yet enamered with the need for value-added, and a slow global economic growth, geopolitical equations, and excess global capacities that pose a risk to Egypt’s industrial, chemical, and, more specifically, fertiliser, and petrochemical sectors.

Brent crude, natural gas, and chemicals’ (urea, nitrates, and petrochemicals) prices, have been impacted negatively by slowdown in global demand, continuing trade wars, and excess supplies. While oil declined by 10% in 2019, petrochemicals were down 20%, and urea more than 15%. With new capacities (more than 8mtpa from the US and China) coming onstream, Naeem expects petrochemicals prices to drop by an additional 10% in 2020, resulting from increased competition in export markets. Urea, which peaked at more than $300/tonne in 2019, is expected to decline as well, trading at an average of $250/tonne in 2020.

Increased availability of natural gas will result in lower feedstock costs and increased downstream activity in Egypt, as it has been successful in achieving self-sufficiency with regards to natural gas, driven by large discoveries in recent years. Natural gas production reached a record high of 7.2bn cubic feet per day (scf/day) in 2019 and is expected to touch 8bn scf/day in 2020; up from just 4.0bn scf/day in fiscal year (FY) 2016 and resulting in a surplus of more than 1.5bn scf/day. On the consumption side, natural gas demand rose 5.3% Year over Year (YoY) in FY19, while oil (including refined petroleum products) consumption declined 14% YoY; signaling the increasing shift to natural gas for power production and household consumption (from LPG/butane cylinders, to the natural gas grid). Given the increased domestic surplus, accompanied by subdued global LNG prices.

Naeem expects the government to cut the price of natural gas and electricity to local industries in FY20-FY21. On the energy distribution side, Qalaa Holding’s (CCAP) Taqa Arabia, and Egypt Kuwait Holding’s (EKHO) NatEnergy, are favourably exposed to the growth in household connections as they take a bite off of the government’s priority to connect houses to the natural gas grid; an initiative to connect 2.3m houses is being funded by the International Bank for Reconstruction & Development (IBRD), French Development Agency (AFD) & European Union (EU). Lastly, with the commercial kick-off of Egyptian Refinery Company (ERC), CCAP’s flagship refinery in 2020, we expect Egypt’s cost of petroleum imports to fall to $8.4bn (from $11.6bn in FY19); as the refinery is set to cover around 20% of Egypt’s oil imports, as per our estimates.

Naeem recommendations on CCAP and Sidi Kerir Petrochemicals (SKPC) represent sizable upsides too, but, with significant risks attached: For CCAP, ERC the crown jewel which would finally turn the tide (post years of consistent losses), might end up falling well short of its earnings guidance due to higher than expected feedstock costs and lower petroleum prices; SKPC is a fundamentally undervalued petrochemicals producer (trading at a forward P/E of 10.3x), however, with the overhang of a rights issue (to fund the new $1.2-1.6bn propylene & polypropylene (PP) project) continuing to be a drag on the stock. On EKHO, we have a neutral view, as most of the positives seem to be priced-in; regarding ONS (the upstream gas asset) however, our valuation does not take into account the possibility of additional gas reserves being discovered in the concession. Regarding Alexandria Mineral Oils (AMOC EY). Naeem recommends BUY but with the high risks attached, as, visibility on margins still remains blurred accompanied by the overhang of an impending rights issue. They also maintain a BUY on Misr Chemicals (MICH), the small-cap caustic soda and chlorine producer, however, with risks to the downside that could arise from loss of market share to a new competitor that has commenced operations. Lastly, on Paints and Chemical Industries (PACHIN/PACH), Naeem recommendation is also a BUY, expecting volume growth to be timid in 2020 and 2021, but, with land monetisation (of the rezoned factory land) in the horizon.

SKPC announces it is sticking to PP project plans