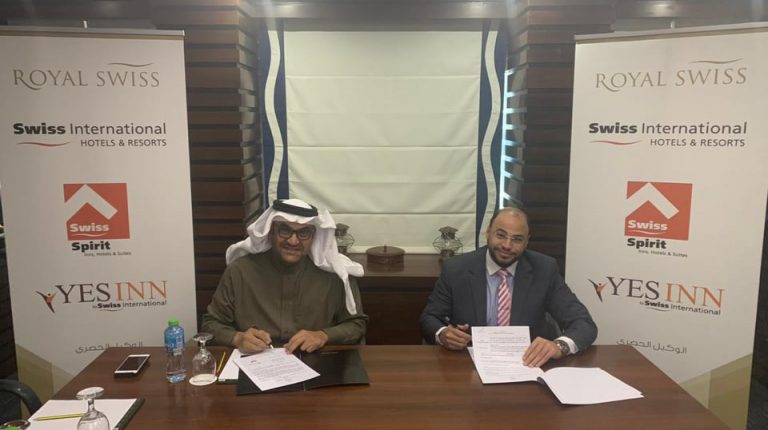 The Hospitality Development Group, the agent of the Swiss brand Swiss International Hotels & Resorts in the Middle East region, signed an exclusive contract of $450m with Thrawaat International Investment for the management and investment in hotels and resorts.

The signing comes in line with the Saudi-Egyptian cooperation in the field of tourism.

Ahmed Awad, the chairman of Thrawaat International Investment, said that through the Saudi partnership contract, the company aims, to launch eight hotels for the Swiss brand within two years in Cairo, Hurghada, Sharm El Sheikh, Marsa Alam, and the northern coast, as well as Luxor, Aswan, and Galala.

Awad added that the company intends to invest in the field of management and operation of hotels in the New Administrative Capital (NAC) and New Alamein. He noted that the significant economic growth achieved in Egypt and improved security conditions were an important factor in the company’s negotiations to attract foreign investments.

Thrawaat International Investment was established in 2013 and is an Egyptian joint-stock company. It owns shares in some tourism companies and hotels in the Red Sea.

For his part, Naji Alshiha CEO of Swiss International Hotels & Resorts Middle East and North Africa (MENA) said that according to the Saudi Arabia Vision 2030, the Saudi Hospitality Development Group, the agent of the Swiss brand in the Middle East, seeks to move forward towards expansion in North Africa, starting from Egypt, after its great success in the Gulf region over the past five years.

He pointed out that the group aims to bring the total number of its hotels in the Kingdom of Saudi Arabia and the Gulf to 30 by the end of 2020, indicating that the group aspires to build and manage, in the next five years, 20 hotels and tourist resorts in Egypt.

Al Shiha stressed that the political stability, economic growth, and hike in tourists arrivals that Egypt currently experiencing, has encourages us to enter the Egyptian market.

He noted that the company is planning to expand in Algeria, Tunisia, and Morocco during the coming period as part of its North African expansion plan.

Swiss international hotels & resorts were established to manage hotels and tourist resorts in 1982, and entered into investment in the Middle East in 2014 through an exclusive contract with the Saudi Hospitality Development Group, to be its representative in Gulf countries, Jordan, and Lebanon.

Hilton to add 8 hotels to its management portfolio in Egypt, reaching 24 hotels by 2024