It seems that the Egyptian market is on a date with strong changes in the map of the banks operating in it during the coming period. This may be the second wave of the re-arrangement of the Egyptian banking market, after the first wave that accompanied the first banking reform programme.

If the defaulting of some banks, the erosion of their capital, and their inconsistency with Banking Law No. 88 of 2003 were some of the reasons for the first wave of change, then the new banking law, which is currently being discussed in Parliament, along with special circumstances of some of the “parent” banks that own units in Egypt , may be the cause of the second wave of change.

The new banking law requires local banks to increase their paid-up capital to EGP 5bn, and increase foreign bank branches to $150m. It gave them a three-years deadline to settle their situation.

Enforcing current law No. 88 of 2003, which raises the minimum capital for banks to EGP 500m and $50m for foreign branches, has led to the disappearance of a large number of banks, from about 56 banks to 39 banks, which is the scenario analysts expected to see repeated especially for small banks, such as the Industrial Development Bank (IDB) and many others.

Maged Fahmy, the chairperson and managing director of the Industrial Development Bank (IDB), said in previous statements to Daily News Egypt, that the bank has a few options to comply with the new banking law and increase its capital to EGP 5bn, including offering it on the stock exchange, merging with one or more banks, offering it for acquisition, selling it to a foreign bank, or injecting a direct increase by the shareholders in the capital. Bank Audi – Egypt is considered the most prominent candidate for exiting from the Egyptian market soon, due to the impact of the crisis experienced by the “parent” Bank in Lebanon, and its sudden decision to sell its unit in Egypt.

Audi group was targeting expansion in the Egyptian market through its acquisition of the National Bank of Greece – Egypt’s (NBG) assets, and was already close to ending this deal until the emergence of the Lebanese crisis.

The first Abu Dhabi Bank has already started conducting a due diligence report of Bank Audi – Egypt after obtaining the approval of the CBE, which comes within the framework of the bank’s plan to expand in the Egyptian market significantly during the coming period.

It is expected that the deal will be concluded soon, as the group seems to need the money to help out in its current financial position to comply with the CBE’s requirements. 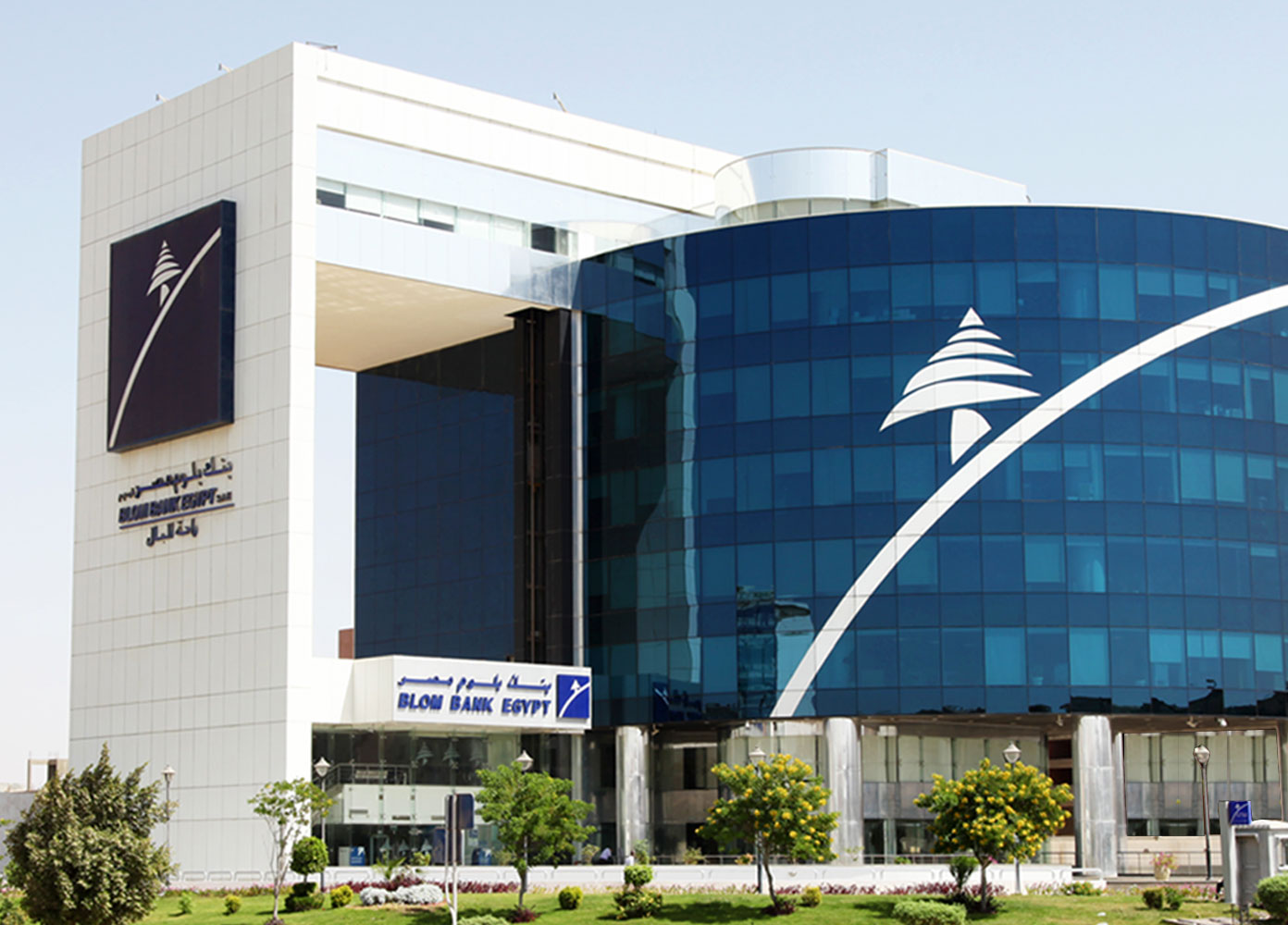 The bank’s management came out to confirm that it will be continuing its work in the Egyptian market.

Ahli United Bank (AUB) may also join the banks’ exodus from the Egyptian market, after the parent bank converted into a fully Islamic bank after Kuwait Finance House’s acquisition of it.

Sources close to Al-Ahli United Bank – Egypt (AUB) said that the bank may look to sell its unit in Egypt to one of the other banks, pointing out that the KFH is an Islamic bank, which requires an Islamic licence for a UB. In case it does not obtain that license from CBE, it may be forced out of the Egyptian market.

With regard to the United Bank, the CBE lost an alliance consisting of EFG Hermes, and Evercore to play the role of financial advisor in offering a stake in favour of a strategic investor of the bank’s capital, which is 99.9% owned by the CBE.

The CBE’s Board of Directors had agreed in principle to offer a share of the capital of the UB for the benefit of a strategic investor, stressing that it aims to develop the capabilities of the bank in the field of small, medium, and micro finance. 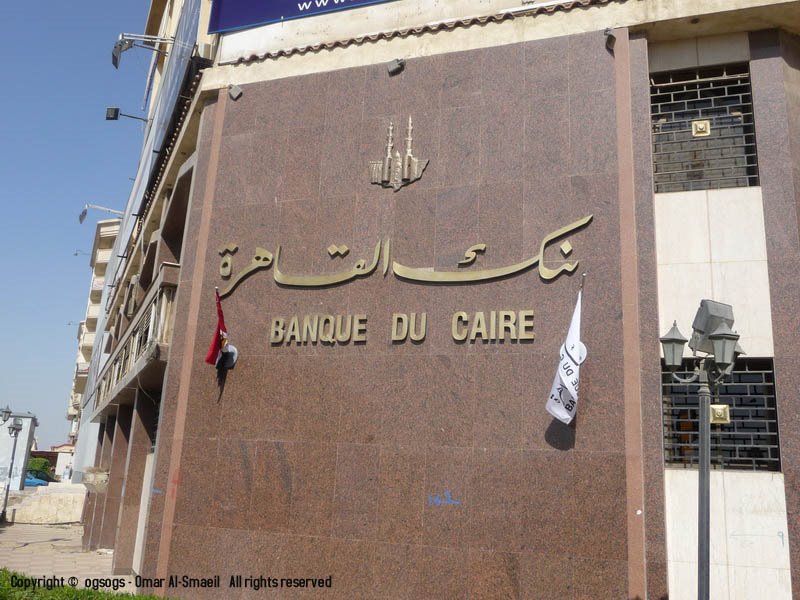 As for Banque du Caire, most of the statements indicate that it will soon be offered in EGX, within the framework of the government offerings programme announced by the Egyptian government in March 2019.

The government offering programme aims to expand the ownership base and increase the market capital of the Egyptian Stock Exchange, in addition to increasing the value and quantity of daily trading.

Mohamed El Etreby, chairperson of Banque Misr, said in statements a few days ago that Banque Misr sought to offer up to 45% of the bank’s shares in EGX during the first half of this year.

The bank was to be put up for sale to a strategic investor in 2008, but that deal was canceled last minute, and the public offering of the bank was repeatedly postponed in recent years.

Sources have said that the decision to raise the bank’s share offering to 45% came to satisfy the desire of global investment funds which showed great interest, especially after the high volume of the bank’s business and success of the economic reform programme.

The anticipated offering is managed by Hermes and HSBC. Banque du Caire has conducted a first promotional tour in Abu Dhabi, London, and Dubai during the past few days to hold meetings with managers of global investment funds promoting the bank’s offering.

The sources emphasised that global investment funds showed great desire in participating in the EGX offering which is subject to change according to the situation of global and domestic stock exchanges. The timing of the bank’s launch will be the end of next March or during the second quarter of this year.

The Egyptian Sovereign Fund seeks to attract an investor to acquire a majority stake in the Arab Investment Bank (AIB), by increasing the bank’s capital, which amounted to EGP 1.84bn in April 2019, to comply with the new banking law. This comes in light of the fund’s interest in the banking sector, and according to the protocol signed with the National Investment Bank (NIB) within assets targeted for investment offering.

It was also reported that Al Mashreq Bank and another Emirati company were competing to acquire the AIB, which was neither denied nor confirmed by officials of the bank, stressing that they are not aware of what is reported in this regard.

It is worth noting that the Egyptian banking sector witnessed about five acquisition deals since 2011, the most prominent of which was in 2013, when Emirates NBD acquired BNP Paribas with a value of $ 500m. The same year also saw the selling of National Societe Generale Bank to Qatar National Bank (QNB) at a value of $2.55bn.

In 2015, Al Ahli Bank of Kuwait acquired Piraeus Bank in Egypt with a value of $70m, and in the same year, the Commercial International Bank (CIB) acquired the retail portfolio of Citibank in Egypt.

The Arab African International Bank (AAIB) also acquired the loan and deposit portfolios of the Canadian Bank of Nova Scotia, with a value of EGP 1bn.

Market on a date with strong changes within three years

According to well-known banker Mohamed Abdel-Aal, mergers and acquisitions in the Egyptian banking sector have become commonplace, whether among private, foreign or even government banks.

He pointed out that there are important indications that the Egyptian banking sector will witness a remarkable change in various deals this year, and the next two years.

Abdel-Aal explained that the first of these indications is the compulsory exit of some units or branches of foreign banks for reasons of their own, mainly due to the change in the strategy of their geographical expansion or specific activity. As they decided to reduce foreign investments or exit from the local market entirely and liquidate their assets.

He said that the success of the economic, monetary, and financial reform programme and governmental restructuring has paved the way for the Egyptian economy to be one of the most developed markets, especially in the retail services sector. It encourages acquisitions of some banks that wish for a compulsory exit or those that offer some of their shares on EGX.

According to Abdel-Aal, the new banking law, which is expected to be approved by Parliament during its current session, obliges local banks to increase the minimum capital to EGP 5bn, and increase the capital of foreign branches to $150m. This is expected to lead to some Banks either merging with other banks to create a larger entity, or be subject to acquisition by other banks.

With regard to the benefits that can be achieved as a result of acquisitions and mergers, Abdel-Aal said that this is expected to create larger entities that achieve financial savings due to the expansion of business volume and quality of performance.

He added that the new entities will increase the rate of revenue and profitability, as a result of reducing costs, increasing the volume of liquidity, improving solvency and competition conditions, and encouraging direct and indirect foreign investment flow.

According to Abdel-Aal, acquisitions help smaller banks access modern financial technologies and be able to digitally advance themselves. Access to these resources would allow banks to reach segments of society that are virtually unreachable without the use of those applications.

Abdel-Aal believes that in order for banks to obtain the greatest added value from any expected acquisition, they must be international banks with large capital, experience and a distinguished reputation.

“As for specialisation, and with regard to our circumstances and the requirements of our economic and social conditions, it is best for banks or financial institutions to be of the type specialised in small, medium, and micro finance activities. It is also preferred that they have cadres and applications of financial technology and communications to help them cope with the requirements of digital transformation and financial inclusion,” according to Abdel-Aal.

Egypt’s automotive strategy to be submitted to Cabinet within week: Nevine Gamea