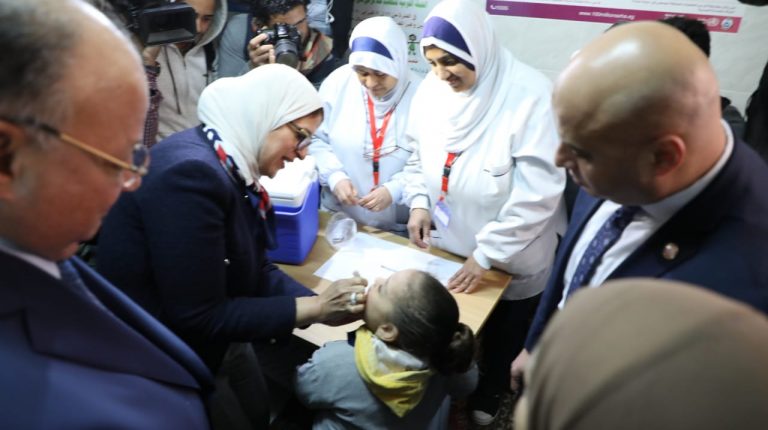 Egyptian Minister of Health Hala Zayed launched on Sunday the national campaign against poliovirus, in order to vaccinate 16.5 million children for free. The four-day campaign targets Egyptian and non-Egyptian children aged between one day and five years.

The Minister noted that the campaign is on for four days in all governorates, under the vision of Egypt’s President Abdel Fattah Al-Sisi, to promote public and community health that contributes effectively to achieving the sustainable development goals.

She indicated that the compulsory routine vaccinations against polio are given orally in addition to injections, which is recommended by the World Health Organisation (WHO). She said that children born between January 2016 and April 2018 will be given an additional dose starting from 15 March, according to the recommendation of WHO.

Health ministry spokesperson Khaled Megahed asserted that last case of polio was recorded in Egypt in 2004, and the WHO announced that Egypt was free of polio in 2006. However, the ministry implements annual national campaigns for vaccination against polio for children, including non-Egyptians who came from countries known to have polio.