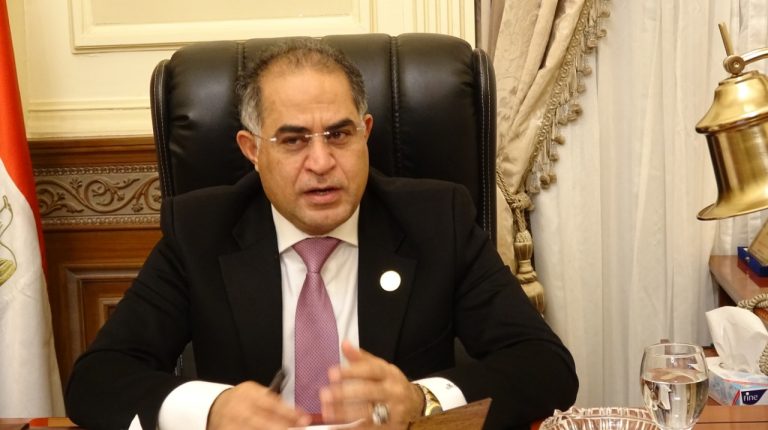 Daily News Egypt sits down to talk with Deputy Speaker of the House of representatives Soliman Wahden to discuss what current legislation and operations that the House has been working, and plans to start.

When does the constitutional term of the current House of Representatives end?

The council continues until 9 January 2021, according to its constitutional duration, and the Supreme Electoral Commission will start its procedures in November, with three actual work months remaining, which is the legal period.

What are the most important files that the House is keen on addressing before the end of the term?

There are many files that include the Criminal Procedure Law that we are working to complete before the end of the current session, as well as the completion of a draft labour law that regulates the relationship between employers and workers, and many laws that concern large sectors in the state. This includes housing laws that define the owner’s relationship with tenants and other crucial files.

Regarding the leasing law, when will it come to light? What are the expected reactions?

There is no argument that the issue is tricky, and the House has dealt with it in great responsibility.

As for the law, it is currently subject to re-examination by the House, and a timetable is made for all the existing segments. We understand the crisis well, and we take into account the social dimension and work to restore the right to owners. This will happen over the next five years in a gradual manner. We hope to complete this law this session.

How is the House working to combat terrorism?

Terrorism begins with intellectual terrorism, which is one of the most dangerous types, and must be addressed by figures and those who address the people. I followed the debate that took place between Sheikh of Al-Azhar Ahmed Al-Tayyib and President of Cairo University Dr. Muhammad Al-Khesht. The supporters of each side managed to transform the debate between two scholars talking about scientific and juristic matters into a battle where there is a winner and a loser. This proves that we do not have the culture of accepting diverse opinions and schools.

How do you see the calls of the President to renew the religious discourse?

Renewing the religious discourse is a tricky issue. I salute the courage of President Abdel-Fattah Al-Sisi talking about it. This is the responsibility of imams of mosques, cultural palaces, youth centres, and universities, and it is Al Azhar’s top responsibility with the aim of spreading moderation.

It is important to compare ourselves as a developing country to Europe and America, because even though we have these religious principles, we do not turn them into a reality.

What are the efforts of the House to combat cyber terrorism?

The House passed the anti-rumour law that penalises anyone who deliberately publishes or spreads a rumour. Citizens must first investigate what they post and share on social media.

Credible and aware media sure play an important role in combating and countering rumours, as they can become the main source of correct information against the rumours found everywhere.

Is armed confrontation in Sinai the only solution to eliminating terrorism?

Second, armed confrontation alone is not the final solution in eliminating terrorism, but rather part of it. Terrorism and its elements must be confronted with enlightened minds, and developing Sinai, in addition to meeting with tribes in Sinai and having discussions with them.

How does the world evaluate Egypt’s experience in countering terrorism?

How do you evaluate the period of Egypt taking over the chairmanship of the African Union?

Unfortunately, Egypt has abstained from having relations with African countries for many years and the situation has been very cold, leaving room for other parties to swoop in, resulting in the issues we are seeing these days. I did not expect our quick return and the trust our African brothers have put in us, which further reinforced Egypt’s place, and this is only a start.

Are the results of the tripartite negotiations on the Great Ethiopian Renaissance Dam (GERD) sufficient, or is the risk still present?

The GERD file is an inherited file since the era of late President Gamal Abdel Nasser. There is no question that the Egyptian political leadership managed, through its diplomatic relations and attention to international law, to reach the least damage in this file. I would like to thank Egyptian negotiators and the Ministry of Foreign Affairs, as well as experts, in dealing with the crisis of the GERD.

How do you see the Libyan crisis and Turkish interference in internal affairs?

Libya is a sister country and we consider it a zone that represents Egypt’s national security. Egypt supports Libya and the Libyan people and their army, and has not and will not interfere in the internal affairs of any country. All we can do is offer proper support in all its forms.

As for Turkish intervention, Turkey lives under the rule of President Erdogan, and we are seeing international failures, including unjustified interference in Libyan affairs. What Turkey is trying to do in Libya is the ambitions of Ottoman Empire Colonialism, and we are betting on the Libyan people and their awareness.

How did you feel when a decision was made for you to become the honourary head of Al Wafd Party?

The new position is an honour and great pride, and I did not expect such a decision to be issued unanimously by the supreme body of Al Wafd Party. It brings a lot of responsibilities in the future. I intend to represent the party in a sophisticated and balanced way and work to attract the leaders of this party. I also support Counselor Bahaa Abo Shoqa who called for the return of the delegation’s people and reuniting them.

Through my position in the party, I aspire to make it operate as a political entity with an ideology and vision. I believe that all parties must operate by setting clear ideologies, education, and awareness. I hope that parties would be active again and play their roles efficiently. Unfortunately, there is a societal tradition and belief that a party that is completely supported by the state must exist, and this is a wrong and unacceptable idea. Some people or parties seek to prove that the party is very close to the state, but there cannot be a majority party over the upcoming years as was the case in the past.

What do you expect the next House to look like?

I believe that the next House must be a coalition representing all political powers present in Egyptian streets, with all its sects and groups, including independents and parties. This is what we believe in and discuss within the party.

I prefer the closed list system, because it establishes the role of a representative among the people, and makes services the responsibility of municipalities. This system helps us choose representatives who are able to adopt strategies, plans, laws, and legislations that help the government do its job.

Are there fears from the return of capitalism’s control over political work?

Yes, but I am confident of Egyptians’ intelligence. If they felt capitalism taking over politics, they would stand to face it.

Why is it observed that the number of interrogations has significantly decreased?

At one point, it was believed that if you use these interrogations, they will affect the performance and trust of the government. The relationship between the government and the House is volatile, unlike what many people think. The parliament is wronged because it came after two revolutions, and a strong political movement. Everyone had many dreams and aspirations that did not turn into reality and that was due to the lack of capabilities of government and its war on terror, housing issues, infrastructure, health, and education.

Why did the House, in many cases, refuse to lift immunity?

We have investigated all requests for lifting immunity, and have not rejected a request without an investigation, based on the directives of the law.

What about the economic situation and the dollar depreciation?