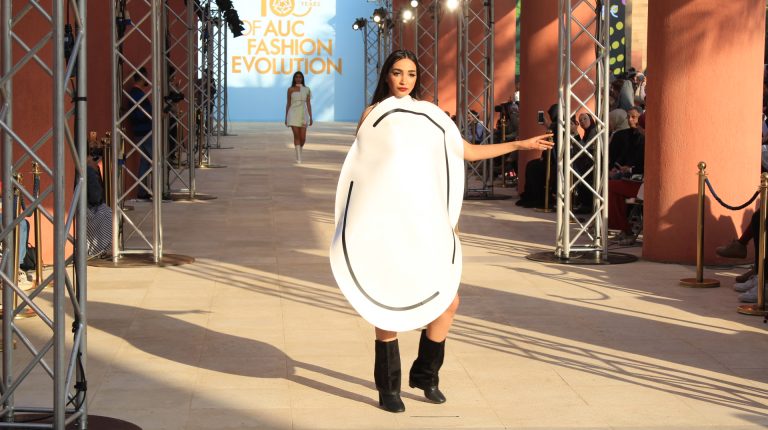 When thinking how life would be like in Egypt after a century from now, the sky was the limit to the American University in Cairo’s (AUC) alumni who spent months researching to create the possible image of life in 2120.

The AUC launched on Saturday its one-week centennial fiesta, under the theme “Be the Future”. The events commemorate the achievements of the university over the past 100 years and aspire to more successes in the coming years. The centennial celebration was dedicated to foresee the future through the eyes of the prestigious university’s alumni. 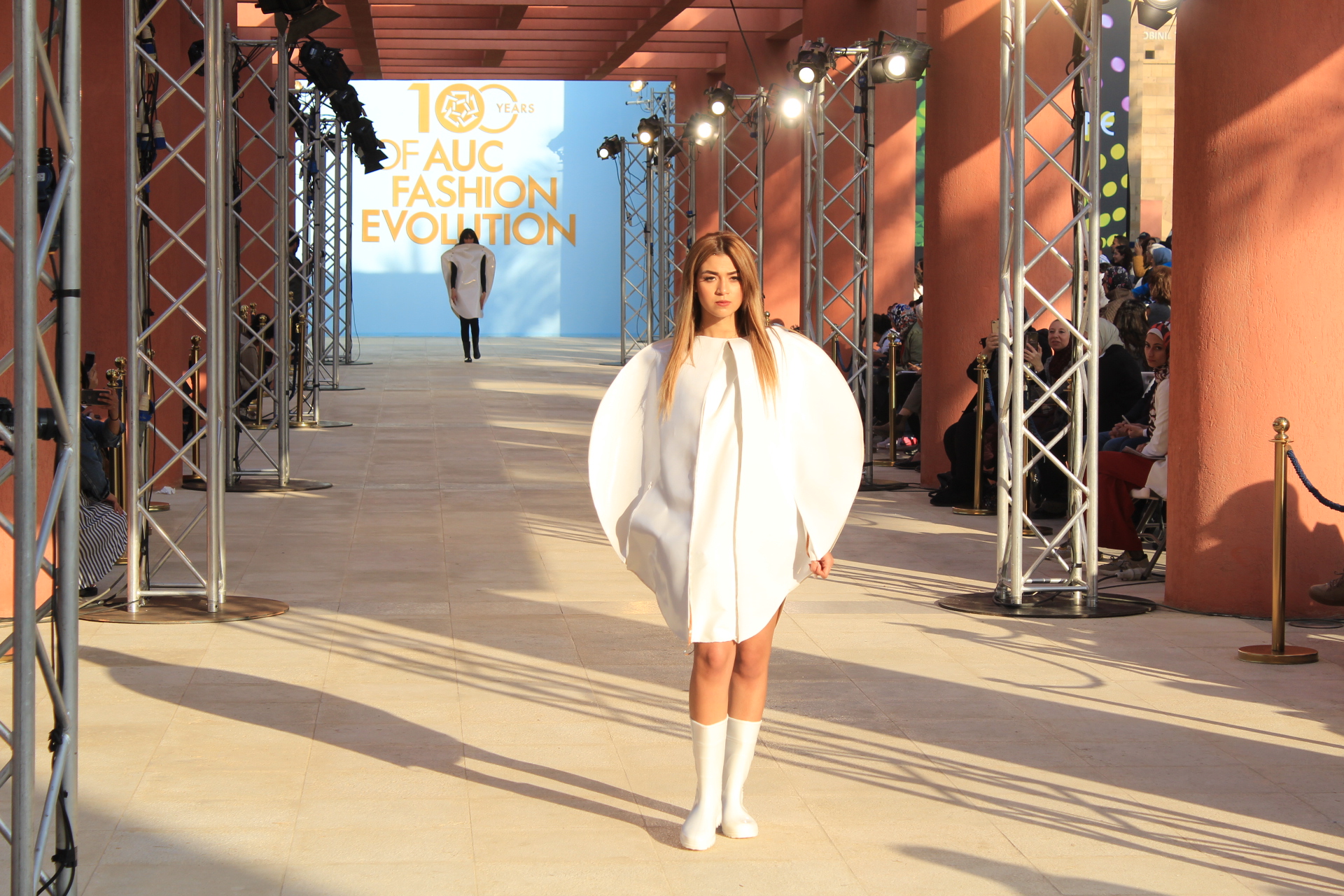 The Saturday centennial carnival gathered both AUC alumni and students, revealing the illustrations the alumni drew of lifestyle, architecture, and fashion in the year 2120.

“We are proud to be a part of Egypt’s adopted plan of looking into the future,” AUC President Francis J. Ricciardone told Daily News Egypt.

He explained that the university is following Egypt 2030 vision, yet, with an even in-depth look to what is beyond 10 years only. “We are looking into making major investments in our labs and buildings. Those are things that would last for more than 10 years.”

The carnival’s two main highlights were both the fashion show and the virtual reality (VR) video that displayed in detail the features of life in 2120.

Through the VR video, the carnival presented to attendees Egypt’s possible lifestyle in the coming century. The video, which saw the light with the help of veteran architects and several design students, displayed the way AUC campus would be like within a century, such as building shapes, education forms, and design features.

The event also hosted talented street performers: Sci-Tech Hub for attendees to watch an exciting science experiment and to see the galaxy in the next 100 years, archaeology labs, and popup museums.

“The majority of the future designs was based on the predicted future with its questions and struggles which we could see now with the indications. This includes integrating the way technology is shaping our lives, more into nature and environment, all in a quite optimistic approach,” Naglaa’ Samir, associate professor of graphic design at the AUC and coordinator of the two shows, told Daily News Egypt.

Samir explained that during the two projects, her students from design and architecture majors joined forces and intensively studied current researches in the field of future technologies, so that they can form an image of how life would be in the next 100 years. For months, the students applied what they have been finding and imagining in an illustration and several designs that were finally adopted into a VR video and a runway glamorous designs. Aside from architectural design, the carnival also witnessed a fashion show through which AUC alumni chronicled the fashion of the 1900s and predicted the attire people are to wear in 2120.

The fashion show was organised by several AUC students and graduates, who donated their work in documenting the fashion of the two decades. Twenty students worked separately to come up with designs they believe to be coming next.

“Some of them imagined the future to be a little bit dark and dystopian, while others designs reflected how worried they are of technology taking over or the way surveillance might prevail citizens, and they started seeing all of that through fashion and people’s look,” Samir said.

Mainly made of plastic-like fabrics, all with the dominating colours of black and white, the designs took attendees into a journey of the effect of global warming, invading technology, and invented materials on future people’s attires.

The futuristic collection was out based on intensive studies the participants conducted on the atmosphere and the technologies that would affect the way people would dress up accordingly.