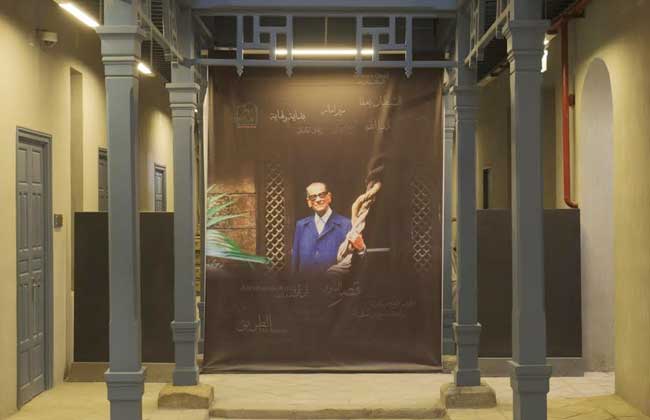 The biographical museum, which was inaugurated last year in Cairo’s Al-Gamaleya neighbourhood, contains some manuscripts of Mahfouz’s most famous novels and their translated versions into different languages.

The museum comprises four main libraries: Mahfouz’s personal library that has the 1,091 books he owned during his life and spent his time roaming among them, a literature library that offers visitors 119 of the world’s most known and famous literature icons, another of Mahfouz’s 169 art masterpieces, and the fourth is a general one with 165 books in different fields.

Minister of Culture Inas Abdel Dayem stated that the donation comes as a part of the ministry’s efforts in adding Mahfouz’s belongings to the on display items.

Um Kolthoum previously donated some of her father’s belonging to the museum, including the desk he spent all of his life writing his novels on, as well as his Nobel medal.

The museum has a hall that is dedicated to the writer’s medals and awards including the Nobel Prize in Literature in 1988. Mahfouz is the only Arab writer to have ever won the award until this day. The alley hall in the museum is dedicated to the novels Mahfouz wrote during his residency in Al-Gamaleya. In his novels, Mahfouz opened a window for readers to explore the alleys of Old Cairo, like Haret El Maqaq, Midaq Alley, Bayen Qasren, and Sugar Street.

Experiencing Alexandria: The city as text and context