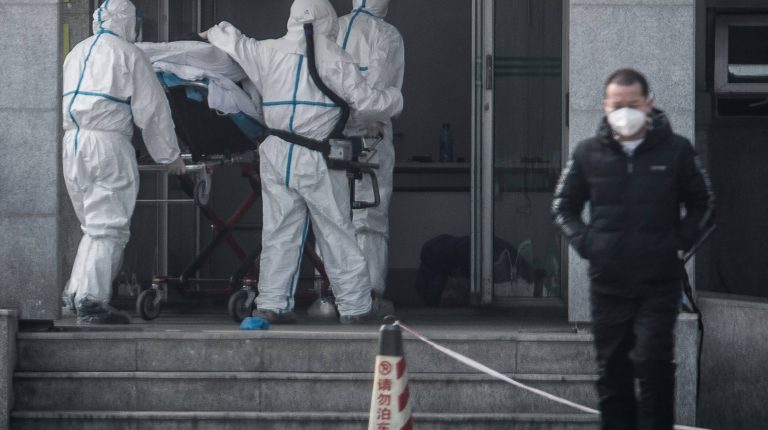 While the Egyptian Ministry of Health announced the first case of a new Coronavirus in Egypt in a foreign national, in addition to the rising number to reach 70,000, some companies on the Egyptian Exchange (EGX) have confirmed so far that there are no significant effects on their internal or external activities.

Ashraf El Ghannam, Investor Relations and Business development manager of MM Group for Industry and International Trade, told Daily News Egypt that his company will not be affected by the repercussions of the virus’s outbreak in China, as its dealings with China are limited to its imports from Huawei mobile, which the company has enough stock for up to a month. He noted that Huawei factories in China are located in a city far away from the city of Wuhan, where the virus was first reported.

He said that Huawei factories in China have secured and strengthened production in anticipation of any repercussions that may require the closure of the factory.

Meanwhile, Oriental Weavers sees potential investment in the spread of the Coronavirus, given that China was one of the company’s top competitors in many export markets for printed and non-woven carpets, which represents 20% of the company’s export. And as long as the virus remains uncurable, this gives potential to entering new markets.

Oriental Weavers noted that its China-based subsidiary is located in Tianjin Industrial Zone and contributes only 1% to the company’s total revenue, while its imports of raw materials from China is only 5% of its total imports. The company is also looking for other suppliers in India and Turkey.

As for Alexandria Container and Cargo Handling Company, it said that the spread of the virus does not directly affect the company’s trading volume, as the trade from China is received by Red Sea ports.

The Canal Shipping Agency also noted that the link with the Chinese market is limited through ships crossing the Suez Canal only, and therefore the potential impacts on supply plans and operations are week.

El-Nasr Clothing and Textiles Company said that it does not deal with the Chinese market except in the narrowest limits by importing production requirements, expecting that there will be no significant impact on its business.

Moreover, Delta for Printing and Packaging Co. imports some raw materials from the Chinese market, and will search for an alternative from European markets.

It said that it has a sufficient stock of materials, ruling out potential impacts on supply plans, operations, sales volumes, and export markets.

As for Arab Polvara Spinning and Weaving, Egyptian Chemical Industries (Kima), Misr for Fertilisers Production Company (Mobco), Alexandria Spinning & Weaving Co. (SPINALEX), and International Company for Medical Industries (ICMI), all confirmed they have no commercial transactions, whether importing or exporting products to the Chinese markets, thus ruling out impact on plans and operations.

Raya Holding for Financial Investments also confirmed that the company currently has no data on the impact of supply plans, operations, sales, and export markets over the virus’s outbreak.