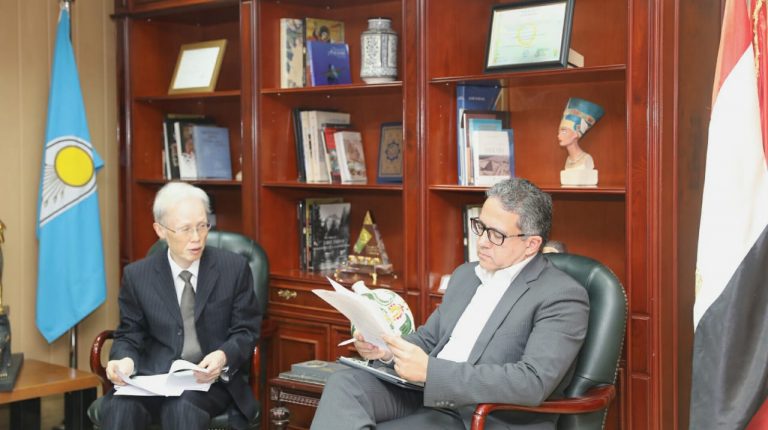 between Egypt and Japan in the coming period, especially in light of preparing to celebrate the opening of the Grand Egyptian Museum (GEM) in the last quarter of 2020.

During the meeting, the two sides discussed possible cooperation to celebrate the opening of the GEM, where preparations are underway.

The two sides also discussed new mechanisms to stimulate Japanese tourism and increase its number of tourists in Egyptian destinations.

For his part, Noke assured that Egypt is considered one of the most important tourist destinations that Japan looks to open the corridor of tourism to.

He said that Japanese tourists have a great passion and interest in cultural tourism and loves visiting the archaeological sites in general and Egypt in particular, adding that he looks forward to further cooperation with the Ministry in the coming period to increase the number of Japanese tourists coming to Egypt.

The number of Japanese tourists visiting Egypt during the period from January to September 2019 increased by 38.2%, compared to the same period last year, said Egypt’s Minister of International Cooperation Rania Al-Mashat.

The minister said that the top three Japanese cities that brings tourists to Egypt are Tokyo, followed by Osaka, and Hokkaido.