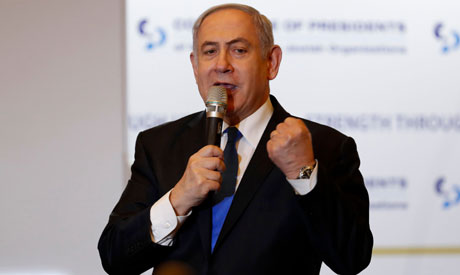 Israeli officials worry that a group of European Union (EU) countries led by Luxembourg are preparing to recognise a Palestinian state in the EU’s monthly meeting, according to Israeli local media.

The EU had on Monday a regular meeting in which member states discussed the Mideast conflicts. The meeting raised concerns over Israel, as the country  fears a strongly worded reaction to US President Donald Trump’s peace plan would be made at the end of the meeting.

Israeli reports said that Luxembourg Foreign Minister Jean Asselborn is behind the initiative, referring to an event he hosted on Sunday to discuss the proposal with his counterparts from Ireland, France, Belgium, Spain, Portugal, Finland, Sweden, Malta, and Slovenia.

Israeli officials fear that even if no agreement were reached during the EU meeting, some European countries will publicly reject the peace plan, and call for EU involvement in efforts to resolve the Palestinian-Israeli conflict.

Preparing to recognise the state of Palestine came as a reaction to Trump’s plan, which was revealed last month. The plan was rejected by the Palestinian Authority, the Arab League, and a large part of the international community.

Earlier, EU’s new Foreign Policy Chief Josep Borell had said that Trump’s plan questions “the 1967 border, as agreed by both parties, with the State of Israel and an independent, viable state of Palestine, living side-by-side in peace, security, and mutual recognition.”

Meanwhile, Israeli Prime Minister Benjamin Netanyahu praised on Sunday the efforts by the “friendly states” aiming to stop the International Criminal Court (ICC) from opening an investigation into war crimes made by Israel against Palestinians.

In December, the court’s chief prosecutor Fatou Bensouda said there was enough evidence to open an investigation into thousands of killings by Israel. However, she asked the court to rule on whether it had jurisdiction over Palestinian territories.

ICC records indicated that Brazil, Hungary, Austria, Germany, the Czech Republic, and Australia have asked the court over the past two weeks to let them file amicus brief opinions on the case.

On the other hand, for the first time an Israeli aircraft has flown through Sudanese airspace, which was described as “quite a change” by Netanyahu. Israel’s Haaretz reported that the plane was “a private Israeli executive jet.”

Netanyahu told American Jewish leaders on Sunday, that entering the Sudanese airspace is another example of warming ties with Sudan, adding that the visible signs of a thaw in relations with Sudan and other Muslim-majority countries were only the tip of the diplomatic iceberg and is  “about 10%, and vast changes are coming.”