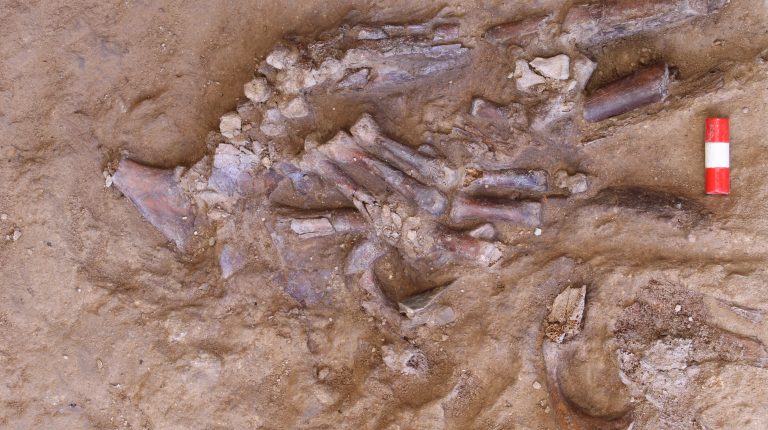 In the 1950s, Shanidar Cave in the foothills of Iraqi Kurdistan, was excavated when archaeologist Ralph Solecki uncovered partial remains of ten Neanderthal men, women, and children. Recently, scientists came up with new findings related to the mortuary practices of this ancient species.

A team of researchers from the UK published on Tuesday a paper in the journal Antiquity, revealing that Neanderthals used flowers in their funerary practices. The discovery of new, articulated Neanderthal remains directly adjacent to the Shanidar 4 ‘flower burial’ offers a rare opportunity to investigate Neanderthal mortuary activity with the full range of modern archaeological techniques. Debates continue around whether Neanderthals intentionally buried their dead and, if they did, how their mortuary activity varied spatially and geographically, and also whether there were symbolic or ritual components to the way they treated their dead. These ongoing debates necessarily rely heavily on the re-evaluation of older excavations conducted at a time when standards of excavation, sedimentary analysis, and documentation differed from today.

“The new in situ articulated Neanderthal remains from Shanidar Cave reported in this paper, in combination with their stratigraphic contexts, provide strong evidence for the deliberate burial of this individual. We have been able to determine that this individual was an older adult, based on how worn down the teeth are, but we don’t yet know whether they were male or female as we lack the pelvis,” said Emma Pomeroy, the paper’s lead author from Cambridge’s Department of Archaeology.

Pomeroy told Daily News Egypt that the study’s findings also offer an unparalleled opportunity to reassess the relationships between the individuals represented by the Shanidar 4, 6, 8 and 9 remains, and to consider whether this unique assemblage represents evidence of simultaneous (or near simultaneous) burial activity. There is also the theory that Neanderthals returned to the same place over time to deposit their dead.

“Certainly, some of our most recent findings show that below the new remains, separated by layers of sediment, there are further Neanderthal bones, suggesting repeated use of the site, and indeed this exact spot, to deposit the dead on separate occasions,” she added.

The new excavations at Shanidar Cave began in 2015, though the work on this study started in 2014. Researchers have discovered the new remains described in the paper in 2016, and have been working on the excavation and analysis of the remains and the samples since 2017. 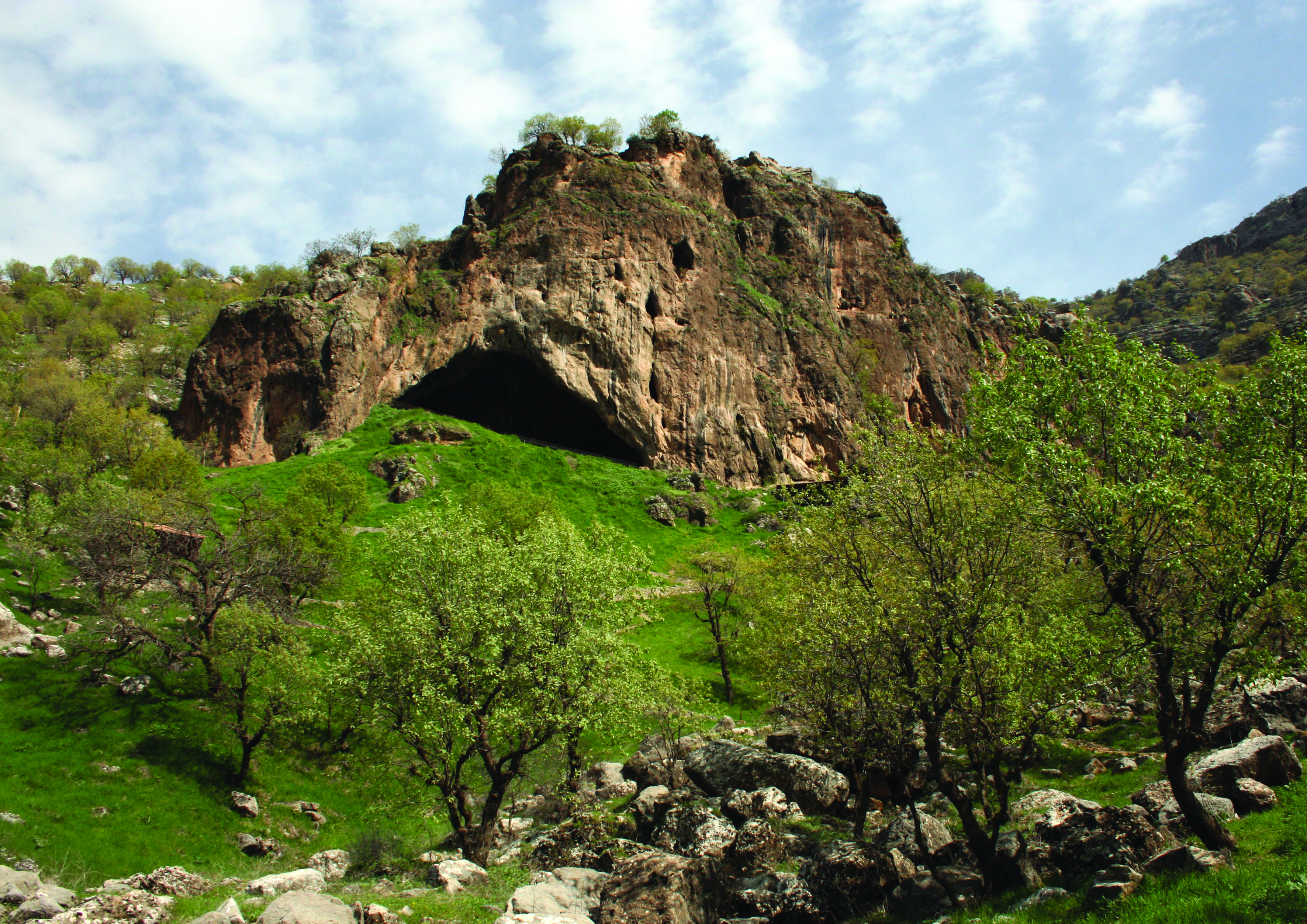 Regarding the methods her and her team used for the study, Pomeroy noted that a whole range of techniques were used in the research “obviously the excavation of the remains themselves, which included photogrammetry to record their positions in 3D; extensive recording and sampling of the sediments for lab analyses including pollen, ancient DNA, microscopic plant remains, microfauna (small mammal and amphibian) remains, snail shell, and charcoal.”

She added that her team were “taking samples and readings for Optically Stimulated Luminescence dating; and sediment micromorphology to look at the microscopic structure of the sediments.” They have been using microCT (computed tomography) back in Cambridge to record the skeletal remains in 3D and reveal information such as the degree of tooth wear, preservation, etc, before more cleaning and conservation takes place.

The lead author of the paper believes that the results of this study are important for a number of reasons. These reasons owing to the rarity of finding articulated Neanderthal remains (meaning that the bones are still in correct anatomical connection). This gives the researchers a chance to make the most out of modern archaeological science techniques to get as much information as possible about the bones themselves and their context – is there any evidence that a hole was dug to put the body in? Was it then covered in soil? Were plants put with the body?

She explained also that these remains are directly next to the controversial ‘flower burial’ at Shanidar Cave which was also part of a cluster of 4 individuals (Shanidar 4, 6, 8 and 9). “We have good information about the flower burial Shanidar 4 from the original excavations, but not about whether there was evidence for this individual being placed in a dug out, and unfortunately the precise positions of the other individuals’ bones was not recoverable at the time they were excavated, meaning we aren’t sure whether they arrived in that location at exactly the same time, their positions in the ground etc.,” the researcher said.

Combined with evidence from Ralph Solecki’s archive and all the new analyses that the researchers have done and will do in the near future, this is an incredibly rare opportunity to make a truly novel contribution to the debates around Neanderthal behaviour, according to Pomeroy.

Analyses are ongoing and there is more evidence to be recovered. Pomeroy believes that the paper’s results are important and will add to our understanding of the evolution of modern human behaviour. However, as of yet, scientists don’t well understand when and why these behaviours evolved. 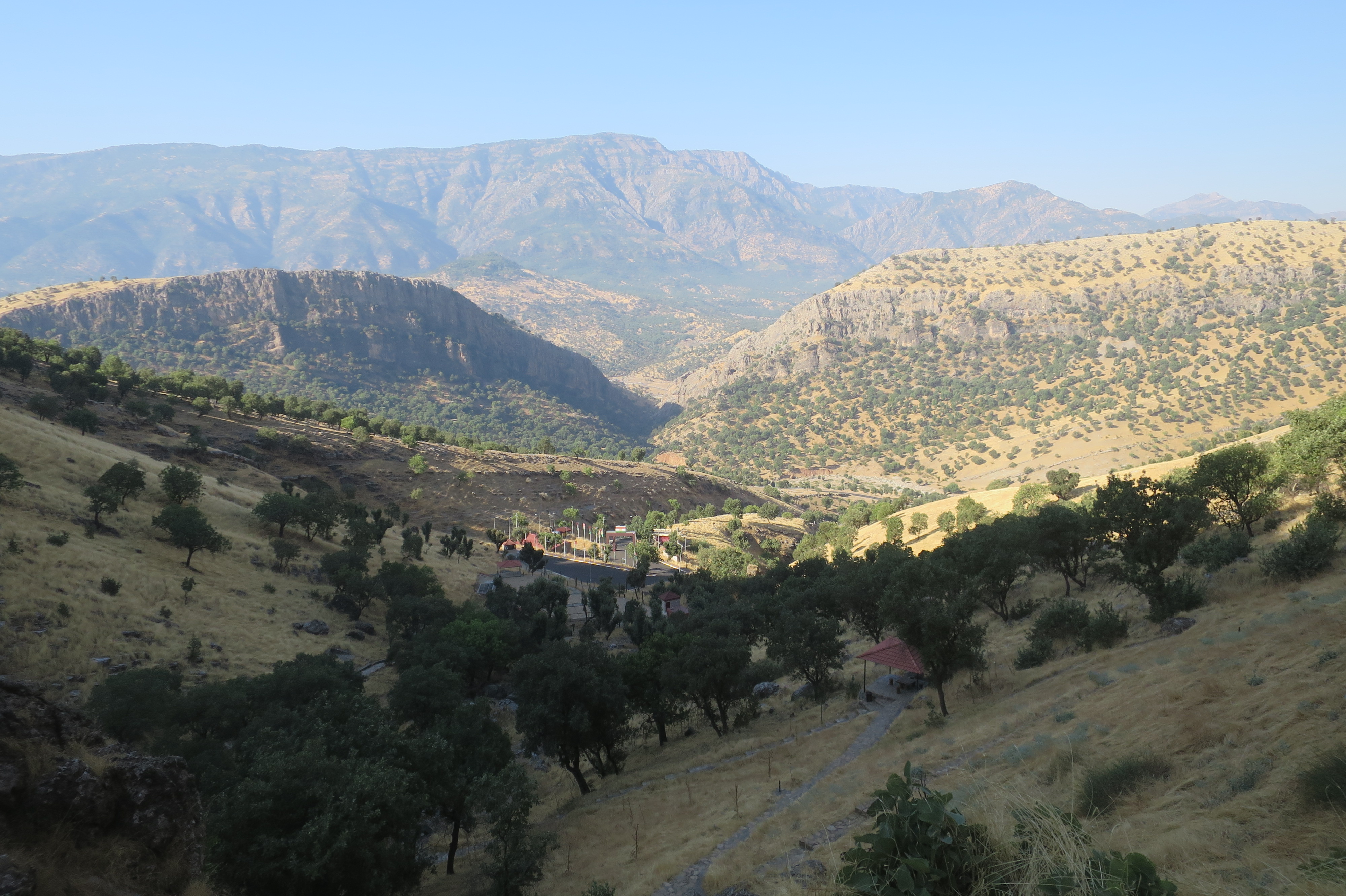 Understanding how a dead body is treated can give us evidence for the existence of abstract and symbolic thought, care, and compassion for other individuals, and of feelings of mourning and loss, all important components of what we think of as human characteristics.

All human societies have rituals and symbolic activities they perform in relation to their dead, whether it be through burial, cremation, ‘sky burials,’ etc. The extent to which Neanderthals were as cognitively sophisticated as us and whether they were capable of symbolic thought, compassion etc. is still an area of debate, as is the extent to which they engaged in such behaviour.

“Another common characteristic of humans is having special places dedicated for the dead, and that is something we may have evidence for here, particularly since we can see multiple individuals deposited in precisely the same spot, and on more than one occasion,” Pomeroy explained, “the most exciting thing in this is work is having the chance to try to answer some of the questions or points of contention about Neanderthal behaviour towards the dead, particularly in relation to such an iconic site as Shanidar Cave and especially the unparalleled cluster of individuals including the flower burial, that have been so central to debates and so controversial.”

It’s rare to find articulated Neanderthal remains in their original location (these are the first to our knowledge in 25 years) and archaeological science advances quickly, “so we have a whole range of new techniques to help clarify some of the debates around Neanderthal behaviour towards the dead. It’s also exciting that we have evidence of the remains being placed in a dug depression and for ancient plant material in the sediment with the bones – this will be key for re-evaluating Neanderthal mortuary behaviour and revisiting the flower burial evidence.”

“The possibility that we might have a chance to retrieve DNA from this individual is also very exciting, although I am trying not to get too excited, yet. The preservation of ancient DNA in south west Asia is not great, given that it is relatively warm there, so to date we only have ancient DNA from Neanderthals from more northern regions. But with the new individual, we have the parts of the skull which preserve DNA best, so this greatly increases our chances. Recovering DNA from this individual would add really important new data about Neanderthal variation and interbreeding, so we have our fingers crossed!” the researcher said.

The research is still working on the topic and according to Pomeroy, this paper is just the beginning, so there will be much more evidence to come. “One thing we need at this stage, for example, is more evidence about the preservation of plant remains in sediments that don’t contain Neanderthal bones, so that we can see whether plant remains are uniquely associated with the bones, or more widely distributed around the site,” she noted.

The researchers still need to clarify exactly how the new finds relate to those from the cluster of Shanidar 4,6,8, and 9 which they are working on using some of Ralph Solecki’s archive data at the National Anthropological Archive at the Smithsonian Institution in Washington DC. They also need to re-evaluate the bones themselves from his findings to better understand which remains belong to which individual, including the new find.

“We still have work to do in refining the dates of the material, which is ongoing, and more work concerning the morphology (physical characteristics of this individual), their health, age at death and whether they were male or female (which we hope to address through paleo-proteomics – the analysis of ancient proteins in the teeth),”  Pomeroy explained.