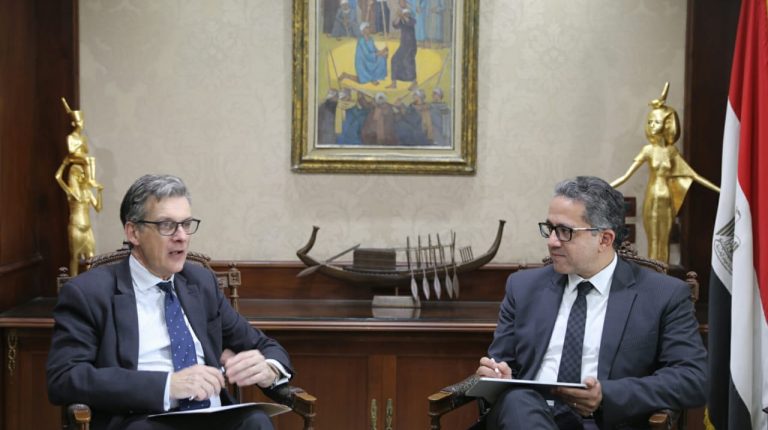 British ambassador to Egypt Sir Geoffrey Adams said that EasyJet will operate direct flights between the UK and Sharm El-Sheikh by the middle of the year.

His remarks came during a meeting with Egypt’s Minister of Tourism and Antiquities Khaled Al-Anani, where they discussed cooperation in the field of tourism between Egypt and the UK for the coming period, especially in light of the UK`s decision to lift its travel ban on Sharm El Sheikh airport.

In October 2019, the British authorities agreed to resume flights to Sharm El-Sheikh after a four-year suspension.

The UK’s decision to suspend flights to Sharm El-Sheikh was a result of the October 2015 bombing of a Russian airliner which had just taken-off from Sharm El-Sheikh International Airport, killing all 224 passengers on board.

During the meeting, the two sides agreed that the UK would work in joint projects with Egypt to restore Egyptian archaeological sites.

The minister assured the ministry was keen on attracting more British tourists to Egypt, pointing out that Egypt is moving forward with operating new direct airlines from Gatwick Airport in London to Sharm El Sheikh airport with only one flight a week.

In addition, Egypt is looking forward to operating flights between Luxor and Sharm El-Sheikh, which will present new tourist programmes in Egypt that combine both cultural and beach tourism.

In response, the British ambassador stressed the importance of Egypt as a destination for British tourists, pointing out that in addition to current airlines operating between the UK and Egypt, EasyJet will operate another airline by middle of the year.