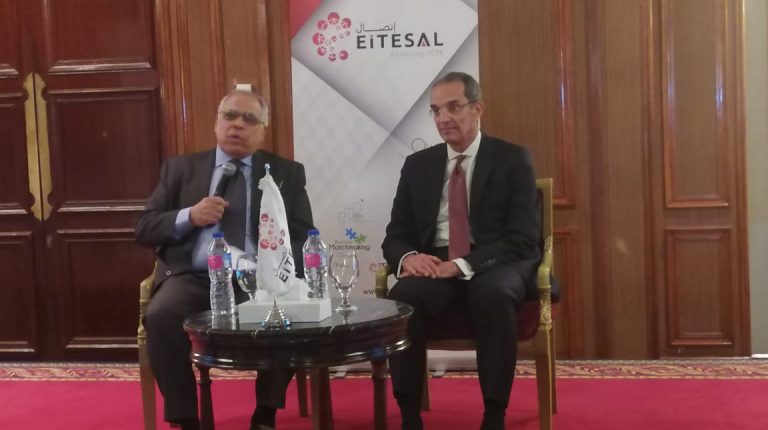 Minister of Communications and Information Technology (MCIT) Amr Talaat said his ministry is working on multi-axis scheme for digital transformation in Egypt, and turning Port Said into a smart city will be the initial fruits of this sphere.

It came during a meeting between the minister and the Egyptian Information, Telecommunications, Electronics, and Software Alliance (EITESAL). The meeting moderated by EITESAL Chairperson Hazem El Tahawy, as part of the “Meet the Government” initiative launched by EITESAL several years ago.

The first phase of digital transformation in Port Said was launched in the middle of 2019 and included commodity supply, documentation, family courts, and personal status. The second phase included law enforcement and social housing. The third stage was about digitalising traffic, agricultural activities, services for people with special needs, commercial registry, electricity billing, the social protection programme Takaful and Karama, medical treatment at the expense of the state, administrative prosecution, and free zones.

In the coming few weeks, Talaat said, the fourth phase will be launched in Port Said. It will include chambers of commerce, the New Urban Communities Authority, education, and real estate registration offices.

Within two months, the ministry will complete digitalising some services nationwide: traffic, documentation, commodity supply, and procedures of establishing investment firms through the General Authority for Investment and Free Zones. These services will be provided via a network of optical fibres, where 800 government buildings have been linked in Port Said governorate, and the target is to interconnect 35,000 buildings across the country within three years.

During the first quarter of the year, 5,000 government buildings will be interconnected at a cost of EGP 1bn, while the total cost of the project will reach EGP 6bn.

As for the MCIT’s efforts to improve telecommunications and internet services, Talaat said the ministry allocated $1.6bn in July 2018 to increase internet speeds from about 5.7 Mbps to 14 Mbps in October 2019, 26.52 Mbps in December, and 28.78 Mbps in January 2020, according to Speedtest Global Index. In December 2019,

Eitesal meets IT companies to discuss developments of e-Export programme