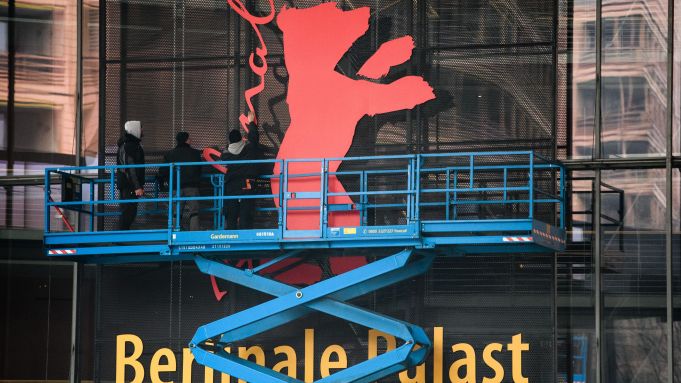 The 70th edition of the Berlin Film Festival, also known as Berlinale, presents new leadership, exciting programming, and a Nazi-era related scandal. This year’s Berlinale, which starts on 20 February, is not interesting for only its diverse programme, but also due to the exciting features that are included this year.

1. New leadership for the festival: two at the top

This year the Berlinale turns 70 and has a new beginning. After 19 years of festival leadership under Dieter Kosslick, a new era has begun under artistic director Carlo Chatrian and executive director Mariette Rissenbeek. The largest German film festival has gotten a makeover with new venues, film series, and forums for discussion.

Potsdamer Platz remains the festival’s epicentre, while Alexanderplatz serves as a second central location. The Berlinale’s programme has slimmed down a bit, and will screen no more than a total of 340 new films this year. Film lovers are still spoiled for choice, however, 13 sections will showcase premieres.

2. The race for the Golden Bear

The heart of the Berlinale remains the Competition section. Chatrian and his team have invited 18 films to compete for the Golden and Silver Bears. Films from Germany, Western and Eastern Europe, the USA, Latin and Central America, Southeast Asia, and Iran are all hoping to take home one of the prestigious trophies.

This year, those competing include both well-known directors and newcomers. Yet, the new and improved Berlinale is no longer emphasising Hollywood red carpet glitz and glam, but instead taking a look at new innovations in cinema and films that are outside the box.

British actor Jeremy Irons heads this year’s jury. Irons, who has a successful 40-year acting career, was awarded an Oscar in 1991 for his role in the thriller flick Reversal of Fortune. Irons has enjoyed success both in Hollywood’s blockbuster films and avant-garde cinema and is sure to bring a discerning eye to the panel.

4. Beyond the Competition and deep into other programmes

It would be a mistake to reduce the Berlinale merely to its main category, the Competition, which consists of 18 films. In the tried and tested sections such as Forum, Panorama, Generation, and Retrospective, visitors can watch films from all over the world and find everything they desire, from experimental films to documentaries. This year also features a new series, Encounters, which presents works from innovative filmmakers who use unique narrative techniques.

5. Berlinale to not open with a competition

Chatrian made a bold decision not to open the Berlinale this year with a competition film. His rationale, he said, was that too much international media attention can harm the opening film. As a result, My Salinger Year, a Canadian-Irish production starring Hollywood star Sigourney Weaver opens the festival, but it is not out to get any awards. It tells the story of a young author who deals with the estate of the famous writer J. D. Salinger.

6. Locals at the Berlinale

Traditionally, the Berlinale is a venue to highlight new German cinema, and this year is no exception. A total of 46 German films and co-productions will be screened.

One highly anticipated premiere is Berlin Alexanderplatz, a modern adaptation of the 1929 novel of the same name by Alfred Döblin. The new film by Afghan-German director Burhan Qurbani depicts modern-day Berlin with its protagonist, Francis, a refugee who is tempted by the city’s shady underworld.

Also in the competition is the new film by German director Christian Petzold, Undine, as well as the Swiss film My Little Sister starring German actors Lars Eidingerand Nina Hoss. In addition, German films are screened across all sections, with the Perspektive Deutsches Kinos section focusing on young talent.

The Berlinale has always been regarded as the most “political” of the three major European festivals (Berlin, Cannes, Venice), and this is unlikely to change under the new management.

A glance at the current programme shows numerous films focusing on current events and historical topics, such as the Competition documentary film Irradiated by Rithy Panh about the massacres in Cambodia. Then, there’s the series Hillary, which follows the career of Hillary Clinton. A new film about structural oppression by Iranian director Mohammad Rasoulof, There is no Evil, is likely to provide fodder for discussion. It is still unclear whether or not the director will be allowed to even travel to the premiere.

Even though the festival’s new leadership may not emphasise the Hollywood red carpet as much as its predecessor, this year’s events are nonetheless packed with star power. A formidable group of celebrities appears in The Roads Not Taken by British director Sally Potter. It stars Javier Bardem, Elle Fanning, Salma Hayek, and Laura Linney.

Willem Dafoe will also be in attendance and will present his new film, Siberia. Sigourney Weaver is also expected on the red carpet.

“The Berlinale attaches great importance to transparency in the gender distribution of the Berlinale programme,” according to a statement put out by the festival. The organisers have meticulously prepared a list of statistics about gender diversity for the 2020 festival.

Out of 340 films, 137 women were “involved in the field of directing.” When it comes to the number of women on management and selection committees, the Berlin festival gives other similarly sized festivals a run for their money. Two of the festival’s major awards will go to women: Helen Mirren receives the Honorary Bear, while filmmaker Ulrike Ottinger is the recipient of Berlinale Camera.

The Berlinale is not only a festival for viewers, critics, and cinema-lovers. There’s also plenty of film industry business taking place. At the European Film Market, more than 500 exhibitors from 62 countries sell films to approximately 1,100 buyers from all over the world.

Another initiative, the World Cinema Fund, presents projects and films from regions that are otherwise not focused on internationally.

The Berlinale Co-Production Market also provides information about the latest productions made with the help of the Berlinale, while Berlinale Talents brings together the best and brightest young filmmakers from all over the world.

11. Dealing with the Nazi past

Around three weeks before the start of the 70th Berlinale, the festival found itself in the centre of an embarrassing historical debacle. According to information unearthed by German media, Berlinale’s first director, Alfred Bauer, was a staunch Nazi. Bauer, who helmed Berlinale from its inception in 1951 until 1976, had always played down his political past, despite the fact that he had been a bankrolled member of the party. From 1942 onwards, he was an adviser to the ReichsfilmIntendanz, which regulated the cinema industry under Fuhrer Adolf Hitler. The Berlinale suspended a major prize named after Bauer as a result. This topic could still be trending once the festival gets underway.