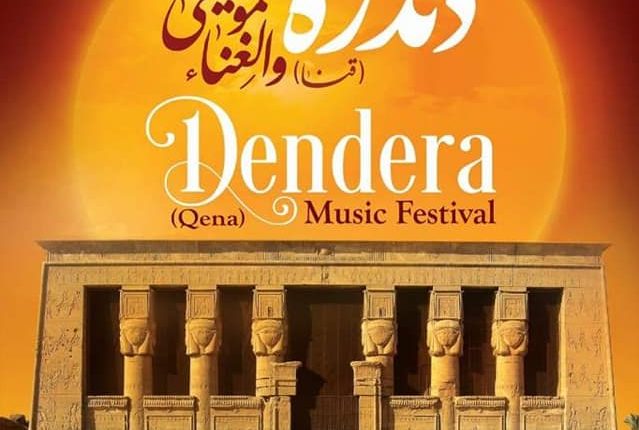 Minister of Culture Inas Abdel Dayem said on Wednesday that the first Dendera Cultural Festival in Qena is to commemorate Abdel Rahman El-Abnudi, a well-known Egyptian poet who passed away 21 April 2015.

The festival is the first musical event to ever take place in Upper Egypt.

The event, which will kick off 27 February, will last for a week and will take place under the cooperation of the Ministry of Culture and the Ministry of Antiquities and Tourism. The cultural festival aims at highlighting Qena’s heritage as one of the most prominent cities in terms of antiquities and handicrafts.

“Cultural activities include shedding light on the pillars of innovation. El-Abnudi was selected to be this year’s main figure, as one of Qena’s children who marked his name in the history of Arab poetry,” Abdel Dayem explained.

The temple of Dendera will host several musical concerts and shows by prominent and young talents.

She further added in a press statement that the ministry will also hold a book fair in Qena, sequencing the cultural festival.

The fair is organised by the General Egyptian Book Organisation (GEBO). It includes a number of the organisation’s productions, starting from EGP 3, targeting all family members.