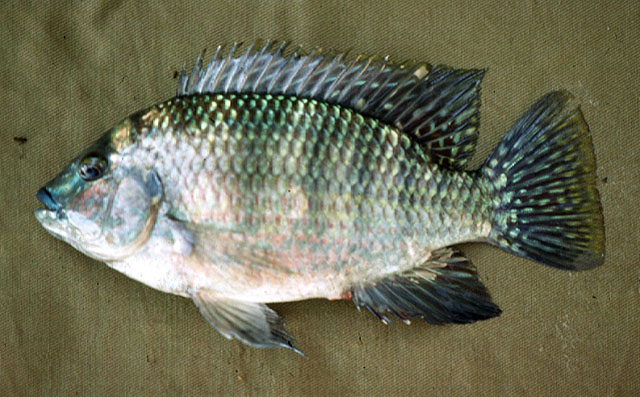 About 10,000 years ago, a large part of North Africa was submerged under the waters of the Greater Mediterranean known as the Tethys Sea, while other parts were covered by green orchards and meadows during the Holocene epoch. Among those areas is the Takarkori site in southwestern Libya, where plant and animal remains have recently been found.

In a study published on Wednesday, in the open-access journal PLOS ONE, a research team from  the Natural History Museum in Belgium and the University of Rome in Italy with researchers from other centers in Italy and Libya found a number of catfish and tilapia fossils in Takarkori. It dates back to the early and middle Holocene epoch, about 10,200 to 4650 years ago. The results show ancient connections between the Nile and the region.

The animal remains -consisting of bones and teeth- found in a cave in the Takarkori rock shelter show that between 10,000 and 5,000 years ago the conditions in the area were much more humid than today. There was more vegetation with animals living in savannah-like plains, and there were rivers and lakes with fish, crocodiles, and freshwater turtles.

Professor Wim Van Neer, from the Royal Belgian Institute of Natural Sciences and co-author of the study told Daily News Egypt that, “the presence of fish has been attested in many Saharan sites before, but what is special about this site is that there is a sequence of about 5,000 years. Through time we see that fish become less important because the climate becomes more arid. The hunting of wild animals and, later on, the keeping of domestic animals becomes more important.”

Van Neer said that the research team have studied the animal bones that were found during the archaeological excavation. These bones are often small fragments. Identification is done by comparison of the fossils with skeletons of modern animals and are kept in the natural history museum of Belgium.

Results of the study are of significant importance, as it shows that the climate was more humid and water connections existed with the Nile. This conclusion is based on the type of aquatic animals that were found by the team, combined with a detailed study of the landscape, according Van Neer.

The most exciting part for the researcher is that this part of the Sahara has a long sequence (5,000 years) and houses thousands of well-preserved animal remains. This makes it possible to find changes in the fauna related to the environment as it became drier and drier.

Responding to DNE questions about any specific criticisms he feels others might have about these findings, Van Neer said, “some people still think that water can be colonised by fish through the transport of eggs attached to the feet of migrating birds. I explained the arguments as to why this is not effective, but I am sure certain people will still believe birds may be involved.”

He added that this paper was focused on the paleo-environment, climatic change, and paleo-hydrography of the region, noting that he and his team still need to work on a detailed reconstruction of the subsistence practices through time: how did people exploit the animals in their environment for food? What was the nutritional value of fish, hunted animals, and domestic stock?