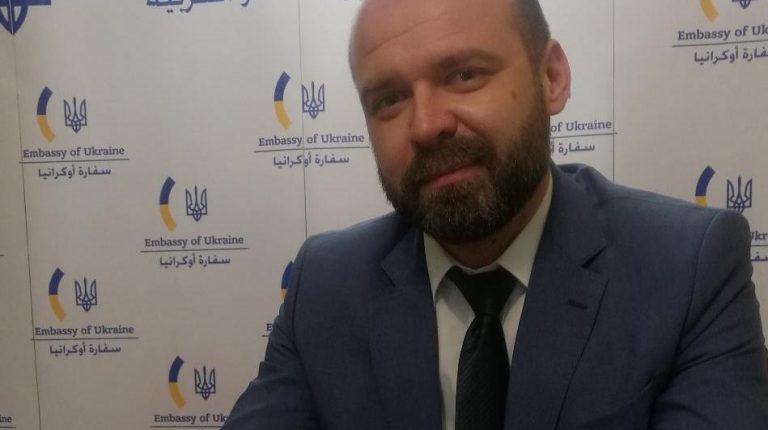 Ukraine tends to build closer relationships with Egypt in the field of grain logistics and investments, Hryhorii Nochkovskyi first secretary for economic and trade issues at the Ukrainian embassy in Cairo told Daily News Egypt.

Egypt is Ukraine’s key partner in the field of grain supply, and “Came second among top importers of Ukrainian agriculture products in 2019 with $1.670bn. Ukrainian markets are filled with delicious Egyptian oranges, potatoes, and onions,” he said.

Ukraine ranked second in 2019 for supplying wheat to Egypt, with a quantity of 3.472m tonnes, which is 27% of Egypt’s wheat imports, Nochkovskyi mentioned.

“Egypt is the most populous country in the Arab World. It is also the largest importer of wheat globally,” Nochkovskyi said, noting that wheat is a central component of the typical Egyptian diet since Egyptians normally start their working day with bread.

Ukraine was the highest yellow corn exporter to Egypt, with a quantity of about 3.546m tonnes in 2019, representing 35.5% of Egypt’s corn imports,  Nochkovskyi said.

“There are countries with food production higher than that of Ukraine, but very few – including Ukraine – can at the same time increase the exportation of surplus,” he pointed out.

Moreover, Nochkovskyi stated that Ukraine is currently investor-oriented and is enjoying many opportunities. He said “there is a high investment potential in Ukraine. This is the new Ukraine that we want to show to the world. We are a powerful and reliable partner.”

The Ukrainian agricultural market feeds not only 45 million Ukrainian citizens, but also around 190 countries around the world, with a tendency to increase production volumes, Nochkovskyi added.

Ukraine has natural advantages that gives it the title “the breadbasket of Europe” as its black soils are among the three most fertile zones on Earth, along with the US mid-west and damp pampa plains in Argentina. Nochkovskyi said, adding “Today’s strategic priority is the production of food as an instrument of integrating the country to the most advanced part of the world economy.”

With a highly professional development of innovative products and irrigation technologies, Ukraine expects a positive trend towards a steady increase in grain production and exports.