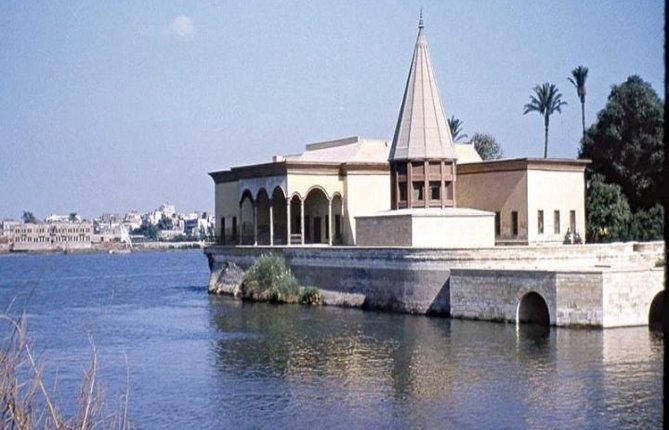 In the heart of Caro is an island that houses a fort used by the Mamluks in the seventh crusade against Egypt in 1248. Rawda Island was a safeguard and a stronghold for the Mamluks for many years.

The legend goes that after the death of her husband, Shajar al-Durr, the last female ruler of Egypt, hid her husband’s body in the Rawda Castle. Unfortunately, the castle was destroyed, without leaving any sign of ever being there. The island was used again during the years of the Ottoman Empire, leaving Rawda with many archaeological sites to uncover. 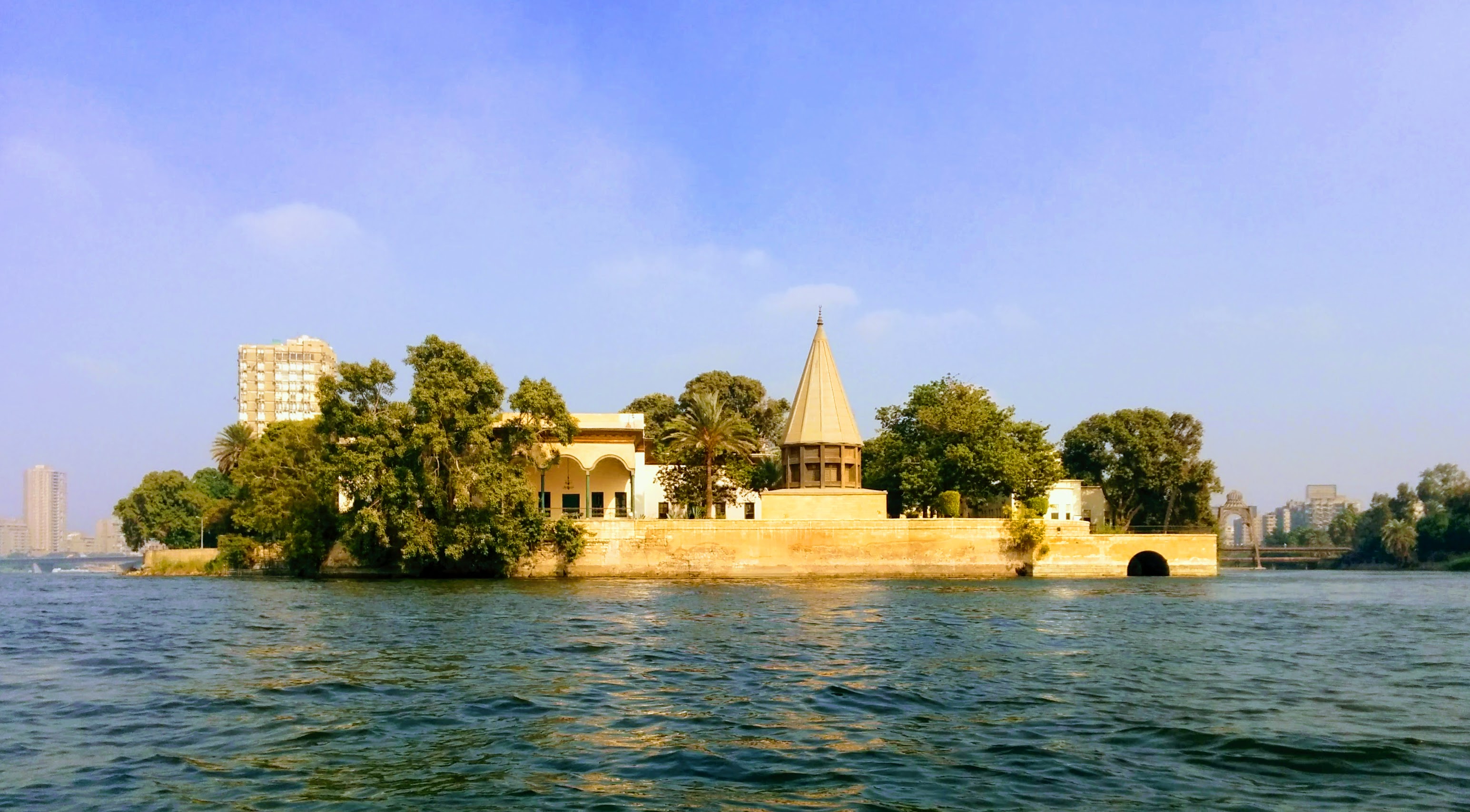 Rawda Castle was built by Sultan As-Salih Ayyub was the Ayyubid ruler of Egypt from 1240 to 1249.

To build the castle, Ayyub ordered to destroy all houses, palaces, and mosques that were on the island, in addition to displacing people from their homes.

With 60 towers and a shipment of weapons, war machines, and necessary grains, the castle was built on the island in defense from the Crusaders, who may trap the castle in their war against Egypt.

Ayyub lived on the island with the Mamluks, and this band of Mamluks were called the Bahriyya Mamluks (river Mamluks), in reference to the proximity of their original settlement to the Nile.

As Sultan Ayyub died during the 7th Crusade against Egypt between 1249 and 1250, in order to keep morale within the army, al-Durr and other military elites pretended that the sultan was still alive by sending military using his signature and hiding his body in a wooden coffin in the castle.

However, the news of the death of Ayyub reached the crusaders in Damietta, and with the arrival of reinforcements they decided to march to Cairo.

Shajar al-Durr defended the area what is now Mansoura city, trapping crusader forces inside the town. The crusader force was annihilated by Egyptian forces and civilians.

After defending Egypt, Shajar al-Durr married Aybak, passing the throne onto him after ruling Egypt for 80 days. Aybak ordered to destroy Rawda Castle to build a school on it, which was also destroyed later.

In the Ottoman era, the island was used again by Hassan Pasha Al-Manesterly, where he built his palace on the ruins of Rawda Castle. Al-Manesterly Pasha held various positions in Egypt, the most important of which were the minister of interior and governor of Cairo during the reign of Abbas Helmy I, the Ottoman Wāli (ruler) of Egypt and Sudan.

The tea palace has a ballroom, a guest reception hall, and a large balcony with a clear view of the Nile. The palace was the first headquarters of the Arab League between 1945 and 1947.

Manesterly Palace also houses the Umm Kolthoum Museum, dedicated to the famed Egyptian singer, and the Nilometer from 861 AD. 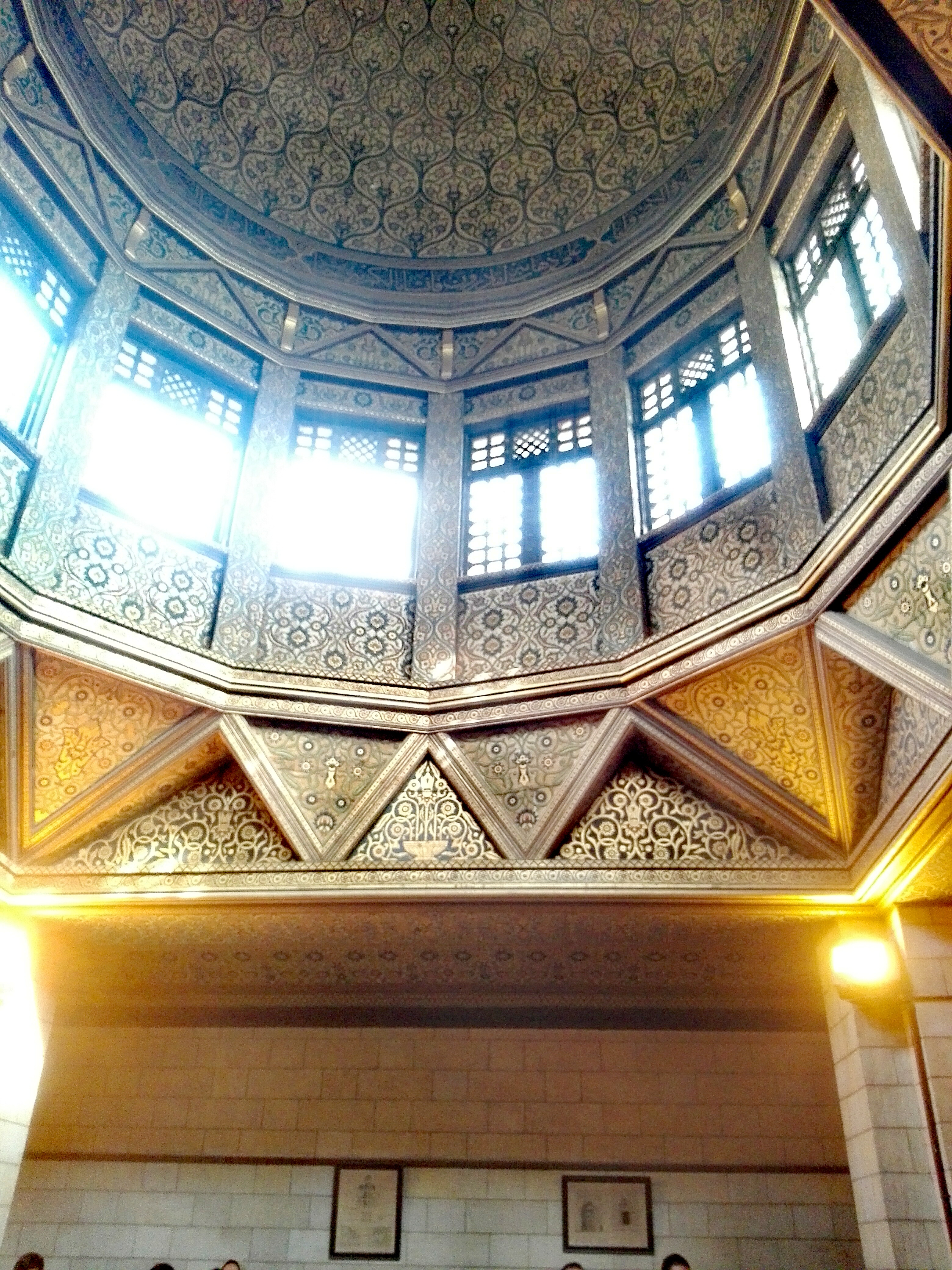 The Nilometer once used to measure the level of the Nile’s water in order to determine taxes during the Abbasid period.

Being an agricultural country, Egyptians depend on the Nile for irrigation, and with the Nilometer determining the water level, the ruler can estimate the harvest amount and taxes.

The Nilometer has three openings on three levels from which water may enter, marking the water’s level. If the water entered from the first opening only, this indicates drought.

As an heir for the throne, the unlucky prince was nominated three times to reign, but every time another heir came.

His bad luck followed him even when he bought a car. He was the first man to have a car accident in Egypt. At the crash site, it was found that the car’s lantern was broken, spawning the Egyptian proverb “El-manhos manhos w lw ala’o alaa raso fanos,” (the unlucky person will remain unlucky even if you hang a lantern on his head), meaning that people can’t escape their luck.

Hopping that he would one day rule Egypt, he built the golden throne hall inside his extremely lavish palace in Al-Manial. However, he never ruled Egypt and with the abolishment of the constitutional monarchy and establishment of the Egyptian republic in 1952, he lost his chance to rule forever.