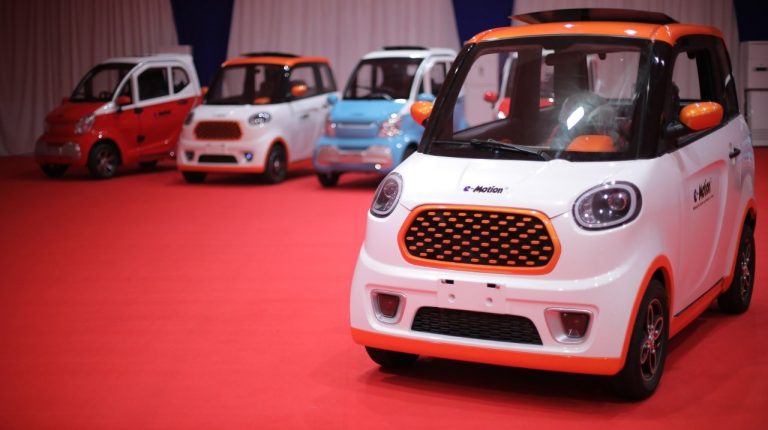 The Egyptian government seeks to gain more ground in the electric car industry by providing the necessary investments, and keeping abreast on current global trends to refrain from pollution. The aim of using electric cars is to become independent from traditional fuels and to protect the environment from harmful emissions.

The government is also planning to equip all new cities with the infrastructure to charge electric cars, as the Ministry of Trade and Industry discussed the strategy of producing electric cars and their chargers in Egypt. The Ministry will soon be presenting these strategies to the Council of Ministers.

Major General Hussein Mustafa, an expert in car manufacturing and the former executive director of the Association of Automobile Manufacturers, said that the state’s orientation to clean energy, whether electric or compressed natural gas, comes in conjunction with the state’s direction to develop a strategy for electric cars and executing it legislatively.

The hope is that the terms within the strategy are actually encouraging to investors so to keep up with the rest of the world as it tries to become reliant on electric cars by 2040. This is the ideal goal for the global auto industry, regardless of its late presence in the Egyptian market.

He explained that Egypt has a good opportunity to enter the electric car market, as the bulk of it depends on software and modern technology.

Mustafa said that, at the moment, Egypt is only eligible to manufacture buses since the bulk of its components are manufactured in Egypt, and buses don’t require external charging stations like passenger cars do.

As for electric passenger cars, it is still too early to produce and manufacture them locally, and it doesn’t help that there is a scarcity of charging stations in the roads.

Mustafa called for easy licencing and reducing fees, which will help attract consumers.

One of the obstacles facing the spread of electric cars in Egypt is the lack of power stations, which needs to be placed in all highways and throughout metropolitan areas.

He noted that Egypt aims to deepen local electric vehicle manufacturing, which is one of the most important implementation programmes for 2020.

He also pointed out that Egypt is currently unable to assemble electric passenger cars.

Tawfiq announced Egypt’s ability to create 50% of the components for electric cars which includes the car’s body, rims, chairs, glass, and braids, but noted the lack of lithium batteries in Egypt.

At the moment, Egypt does not have the economic means to produce batteries and engines for electric cars, unless they are manufactured in high quantities. So, for now, these parts must be imported.

Tawfiq stressed the need for charging stations to spread throughout the country, especially highways, to provide a plethora of charging options.

He added that the government should open the horizons of cooperation with private sector companies on the Ministry of Business Sector’s proposal to establish 1,000 fast charging stations in partnership with the Ministry of Electricity.

These companies have already conducted market studies for most of the country, which will save the government time, effort, and money in studying various infrastructure opportunities.

Zain stressed the necessity of completing the existing projects before starting industrialisation, and that the government needs to hurry up and set a proper tariff for charging stations in order to attract investments for infrastructure.

Currently, there is no specific tariff that persuades investors to start projects in Egypt. The investors are only able to incur huge losses when electricity is provided without charging.

Zain added that the most important obstacle in spreading electric cars is the licencing time period, given that it needs about 30 days to approve. He’s calling on the government to provide incentives through facilitating importation at reasonable prices.

There are many incentives that the state must provide to advance passenger car manufacturing, including the government creating its own feeder industries, obtaining customs exemption, and completely abolishing taxes on them, which will provide opportunities for the state to start manufacturing.

Egypt’s automotive strategy to be submitted to Cabinet within week: Nevine Gamea