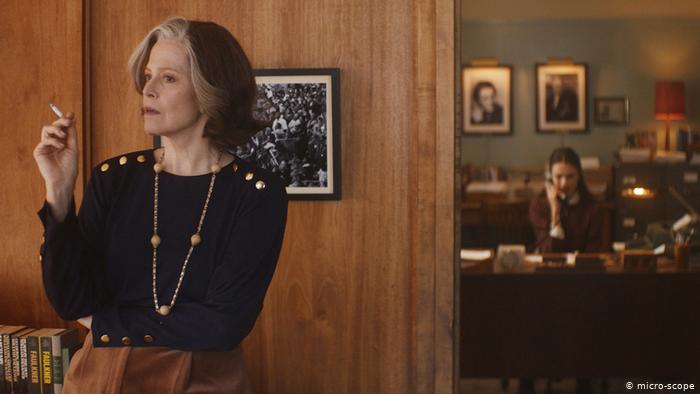 The film about the New York literary scene of the 1990s, features Alien star Weaver alongside Margaret Qualley. Weaver plays the role of an old-school New York literary agent whose main goal is to protect J.D. Salinger, the ageing cult author, from his intrusive admirers. Weaver said at a press conference on Friday, ahead of the world premiere, that the fans “Are the people we work for.”

Some 340 films from all four corners of the globe will be showcased, with 18 competing for the prestigious Golden Bear prize.

Irons opened a press conference on Friday by distancing himself from past controversial comments regarding sex abuse, same-sex marriage, and abortion, which he claimed to have “already refuted and apologised for.”

Hoping “to put those past comments to bed,” he emphasised his support for human rights and achievements on those issues.

For the first time in nearly two decades, this year’s festival will tackle the issue of diversity in film while also confronting its own murky history.

Carlo Chatrian and Marlene Rissenbeek are taking over the reins of the Berlinale from Dieter Kosslick, who stepped down after 18 years at the helm in 2019.

The new duo’s aim was to “give room to diversity,” Chatrian said, as debate continues to rage over female and ethnic minority representation in Hollywood.

Nevertheless, only six of the 18 films in competition are directed by women, one fewer than the previous year.

“Six films is not 50/50, but it’s a good path to reach it,” Chatrian said at a press conference in January.

Last year, Kosslick had signed a “50/50” pledge which commits the festival to future gender parity, while calling for greater transparency in the selection process and a stronger gender ratio for top management.

The opening night’s deadly racist attacks in Germany contributed to dampening the festive mood of the opening: “We are deeply saddened to hear what has happened in Hanau and our thoughts go out to the victims and their families,” said a festival spokesperson.

While Chatrian warned against “stamping” the Berlinale as a political event, politics will be front and centre in the 70th edition, with films such as French comedy Delete History about life in the age of tech giants and social media, and Todos os Mortos, a Brazilian film about slavery.

British Oscar winner Helen Mirren will also receive a lifetime achievement award, with several of her career highlights screened as part of the “Hommage” section.

In addition to the glamour, politics will also loom large over this year’s Berlinale.

Former US presidential candidate Hillary Clinton is expected to appear for the screening of a five-part documentary about her life, while the festival continues reeling from revelations that its founding director, Alfred Bauer, was a high-ranking Nazi.

The prestigious Alfred Bauer prize, previously won by the likes of Baz Luhrmann, was suspended after an investigation by newspaper Die Zeit highlighted Bauer’s standing in the Nazi party.

On Tuesday, festival organisers announced they had commissioned the Munich-based Institute for Contemporary History (IfZ) to investigate Bauer’s role in the Hitler regime.