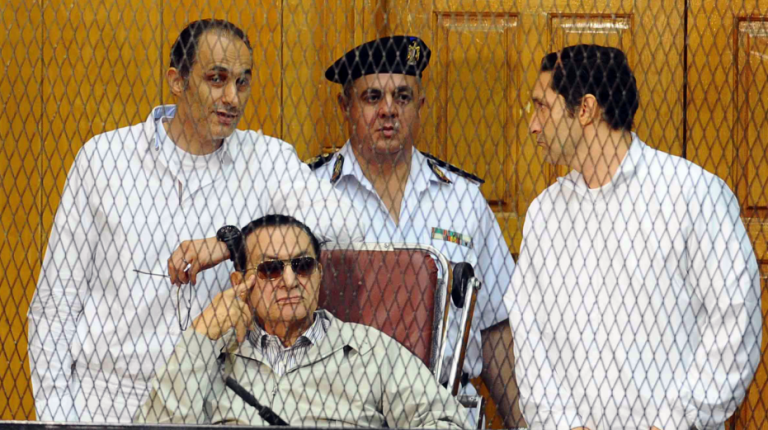 Cairo Criminal Court acquitted on Saturday the two sons of former president Hosni Mubarak, Gamal Mubarqak and Alaa Mubarak, along with seven others in the case known as “stock exchange manipulation.”

Head of Investor Relations and Risk Management at Qalaa Holding Amr Mohamed El-Kadi and Managing Director of Arab African Investment Holding Hussein Al-Sherbini were acquitted by the court as well.

The lawyer of Mubarak’ sons Farid Al-Dib said the charges aimed at defaming his clients’ reputation, adding that they did not deal in the bank’s (Al-Watany Bank of Egypt) shares. He noted that 34 shareholders, apart from Alaa Mubarak and Gamal Mubarak, traded in shares and they were not criminalised.

Al-Dib told Daily News Egypt that Gamal  and Alaa Mubarak have not yet decided on filing a compensation case, adding that they will await the court ruling’s grounds of judgement to make their decision.

The case dates back to 2012 when investigations by the Illicit Gains Authority revealed that the defendants received funds from abroad for counterfeit bank accounts, taking over shares for the Al-Watany Bank of Egypt.

The prosecution accused Gamal of participating with public officials in the crime of profiteering and obtaining illegal money for himself and his companies which amounted to about EGP 0.5bn.

According to the prosecution, Gamal had agreed with the other defendants on selling Al-Watany Bank of Egypt, which allowed them to control the shares of the bank by forming a controlling stake through the purchase of closed investment funds and selling them without disclosing their identity on the stock exchange.

However, the defence provided a copy of the speech of the National Bank of Kuwait’s (NBK) branch in Egypt, explaining that the business, funds, and activity of the bank were not damaged by trading its shares on the Egyptian Exchange (EGX) and acquisition through the compulsory purchase in November 2007.

The defence urged that there was no transactions in Gamal’s name on the shares of Al Watany Bank of Egypt on EGX. As for Alaa, the defence confirmed that he had bought shares in the bank for his wife and in her name to take advantage of the banking reform process, and was not based on any insider and non-public information.