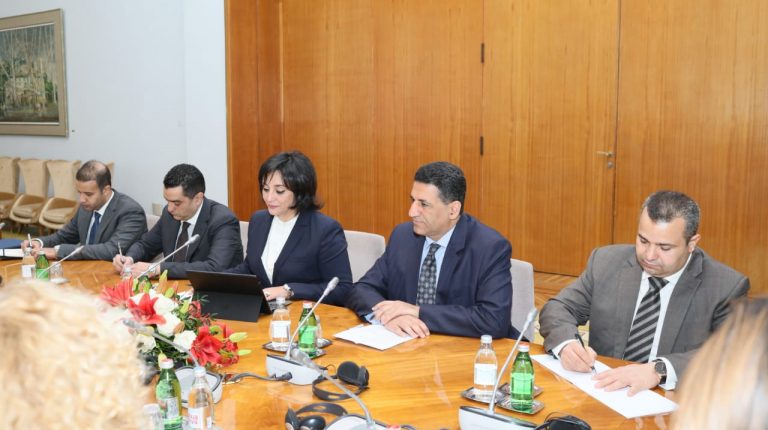 Egypt is the third favourite tourist destination for Serbians, Deputy Prime Minister and Minister of Trade, Tourism and Telecommunications in Serbia Rasim Ljajic said on the sidelines of International Tourism Fair (ITF) in Belgrade.

The ITF, running on 20-23 February, is the largest tourist gathering in South-eastern Europe. For the first time, Egypt participates in the exhibition – since its inception 42 years ago – as a partner (guest of honour).

Egypt’s Deputy Minister of Tourism and Antiquities for Tourism Affairs Ghada Shalaby said the ministry was keen to participate in the ITF, being an important opportunity to present the diversity of the tourism destinations in Egypt for the Serbian people.

The next two years will witness more cooperation between Egypt and Serbia in the tourism sector, through setting international strategies and policies, especially as Egypt is the chairperson of the sustainable tourism committee at the World Tourism Organisation (UNWTO) and Serbia is the vice-president of this committee, she added.

Given their geographical proximity as Egypt-Serbia direct flight takes only three hours, Belgrade can be a transit point for travellers from Western Balkans to Egypt.

Egypt’s ambassador to Belgrade Amrel-Gweli said on the sidelines of the exhibition that Egypt’s participation as a partner country for the first time comes as a result of the development of relations between the two countries in the past two years. He highlighted the reactivation of the joint economic committee, the formation of joint business council, and the participation of Egypt as a guest of honour in several major forums including the Belgrade International Book Fair last October.