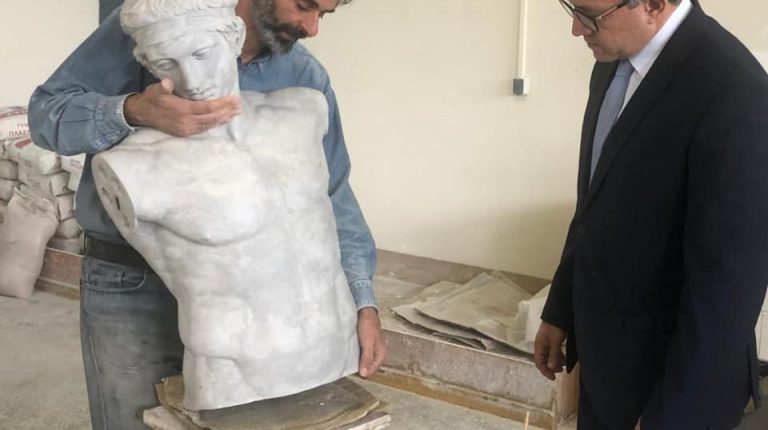 Egypt’s Minister of Antiquities and Tourism Khaled Anany visited on Saturday a workshop in Athens, Greece specialised in making ancient Egyptian statue replicas in order to study the possible cooperation between the two countries in the replica making industry.

The visit is part of Anany’s official trip to Greece to meet his counterparts, looking to enrich the cooperation between the two countries in the field of replication.

Anany praised the production process after working with technicians to enhance cooperation between the workshop and the Egyptian Archaeological Models Production Unit at the Ministry of Antiquities, expressing his desire to have a number of local products sold at museums and outlets in Greece.

The minister’s initiative comes amid Egypt’s establishment of the first antiquities replica factory, aiming to preserve the country’s cultural heritage. The factory is to be the first of its kind that, according to Anany, works to save the local market from having low quality products as well as generate proper revenues in investing in Egypt’s legacy.

This comes a few days after Egypt launched its second replica exhibition in Venice, showcasing 70 antiquity replicas that were specially made by the unit to be on display.

75% increase in infringement on Egyptian monuments in Greece: Ministry of Religious Endowments