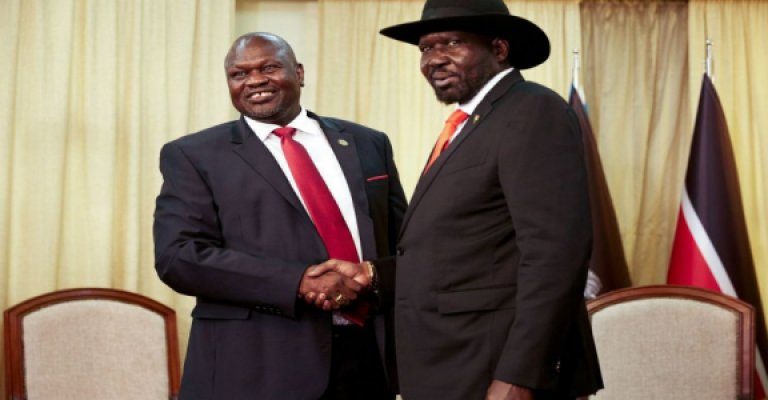 It further noted that the rest of the cabinet will be appointed on Saturday, which is the deadline set for the formation of the unity government.

The latest development came in the wake of Kiir compromising on the number of states, which had been a major source of disagreement with the opposition group led by Machar.

Kiir last week cut the number of states from the former 32 states to the current 10 states, in what political analysts hailed as a significant move to speed up the conclusion of the peace process.

Both Kiir and Machar recently assured the country that they will form the transitional unity government on 22 February. They added that they will continue to implement some of the pending tasks such as security arrangement, which include screening, cantonment and training of the unified forces.

Augostino Njoroge, head of the Reconstituted Joint Monitoring and Evaluation Commission, disclosed on Thursday that over 38,000 troops from both the government and opposition are currently undergoing training, which will see this group take charge of security during the three-year transitional period.

The parties are expected to form a unified force of 83,000, according to the 2018 revitalized peace deal they signed in Addis Ababa.

The government and SPLM-IO had been in disagreement over the number of states and boundaries, which eventually forced President Kiir to reduce the former 32 states he decreed in 2015 to the current 10 states favored by the opposition.

Machar’s group, despite welcoming Kiir’s gesture on the states, protested the creation of three additional administrative units which include Abyei, Ruweng and Pibor areas.

The parties failed to form a unity government in May 2019, prompting an extension until 12 November, which also passed without progress, and they later on agreed to the 22 February, 2020 deadline.

South Sudan descended into conflict in December 2013, after President Kiir sacked his deputy Machar, leading to fighting between soldiers loyal to the respective leader.

A peace agreement signed in 2015 collapsed following renewed violence in July 2016, which forced Machar to flee the capital