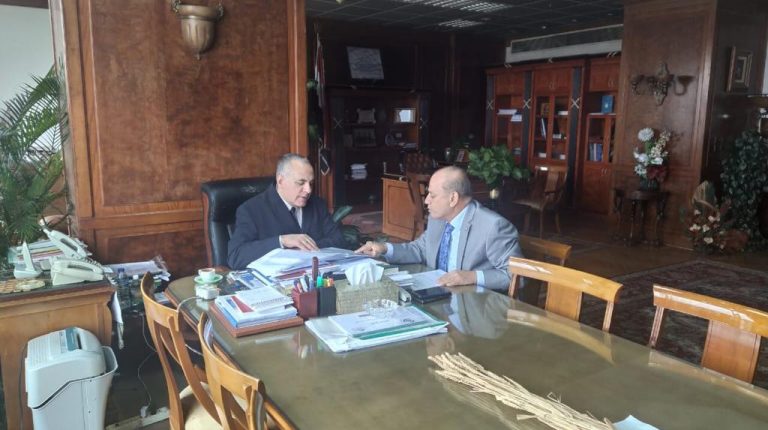 Egypt’s Minister of Water Resources and Irrigation Mohamed Abdel-Aty met on Sunday with Adel El-Gendy, general director of Owen Reservoir and head of the Egyptian irrigation delegation in Uganda, to discuss the Egyptian delegation’s efforts in the last period.

According to a statement from the Irrigation Ministry, the maintenance, rehabilitation, and upgrade of six rest houses belonging to the Egyptian irrigation mission in Jinja, Uganda, have been completed through self-operation.

This resulted in saving approximately $500,000, and at a total cost not exceeding 25% of the prescribed cost. The mission has also established fences and landscapes around three rest houses, with additional plans to do the same for the other rest houses and facilities belonging to the mission.

The statement said that cooperation between Egypt and Uganda are strong in matters concerning water. According to the cooperation protocol with the Ugandan Ministry of Water and Environment, Egypt is implementing a number of rain harvest tanks in the country to provide water and serve the Ugandan community.

The first phase of the flood risk prevention and protection project in the Kisizi region in western Uganda has been completed, and the second phase is under preparation, continued the statement.

In accordance with the cooperation protocol between Egypt’s Irrigation Ministry and the Ugandan Ministry of Agriculture, Livestock, and Fish, maintenance on land and marine equipment has been completed. Also, the fourth stage of the Egyptian-Ugandan project for water grass control has been completed.

Completing the grass control project in shallow areas in Albert and Kyoga lakes in Uganda has contributed to improving the general situation in the villages living on these lakes. It has also helped in improving the living conditions for the local community by manually resisting grass and using them in the production of bioenergy (biogas) and organic fertilizer production, which contributed to increasing ties with the local population.

Moreover, Egypt’s irrigation mission is working to contribute to improving the general situation in the villages bordering the Great Lakes by preparing for the fifth stage of the grass control project in the Great Lakes.