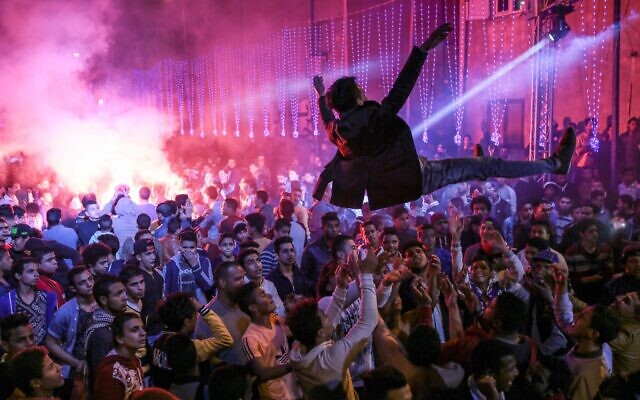 The Egyptian Musicians’ Syndicate banned all the singers of Mahraganat – Egyptian street pop music literally meaning festivals – which raised controversy over the concept of barring itself and the right of freedom of artistic and literary creation.

Shaker called on all tourist facilities, ships, coffee shops, and nightclubs to not deal with the banned singers, adding that any establishment that violates the syndicate’s decree “will face legal procedures.”

However, the syndicate’s decision has not been welcomed widely. Adel Al-Masry, head of the Chamber of Tourism Establishments, said the decree is an “unacceptable interference.” Last week, he stressed that the decision is a “transgression on the authority concerned with the supervision of touristic activity, which is the Ministry of Tourism and its affiliated sectors.”

The syndicate said Mahraganat lyrics have corrupted society and is “loaded with sexual innuendo and offensive language.”

The decision followed a concert held at the International Cairo Stadium on Valentine’s Day this year in which Hassan Shakosh performed his latest hit Mahragan Bent El Geran (The girl next door). 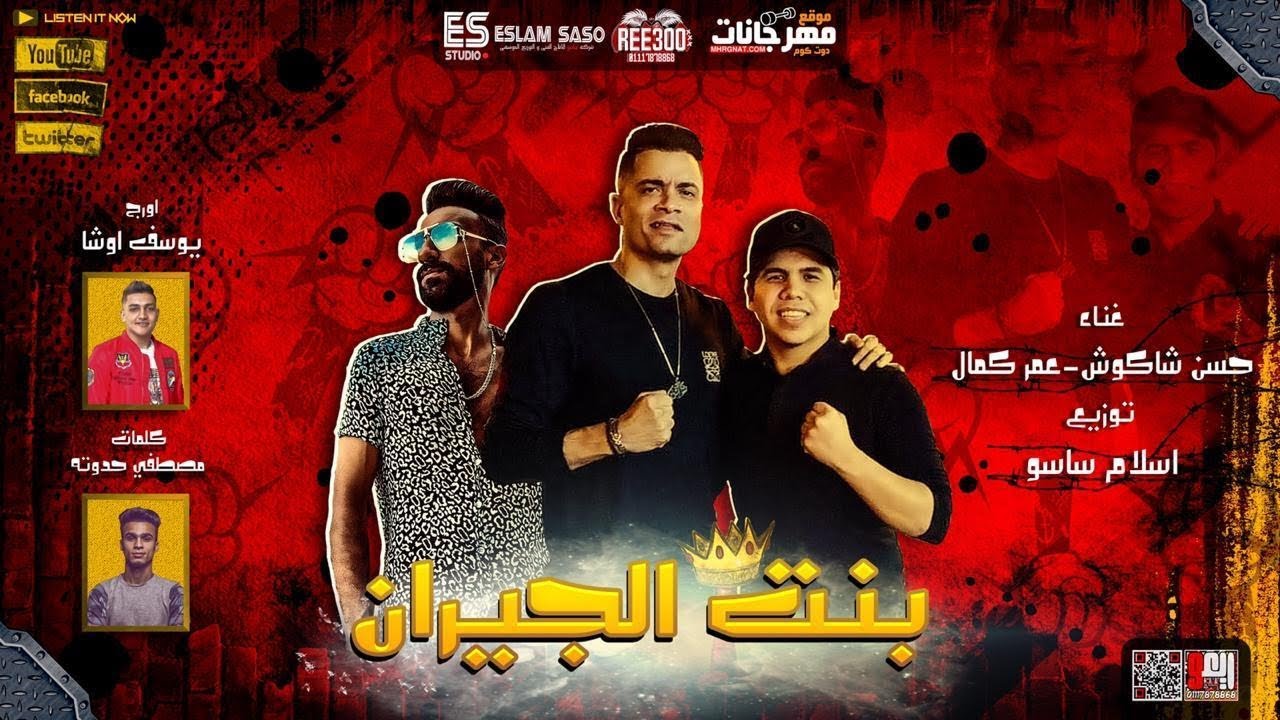 “I will drink alcohol and smoke hashish” was the lyrics that enraged the syndicate and many Egyptians who reacted negatively on social media.

Mahraganat is a genre of “electro-shaabi” and became very popular among all social classes and now performed at weddings, cafes, and nightclubs. It burgeoned from impoverished Cairo neighbourhoods and has boomed in the last nine years. Mahraganat is also performed in films and television series.

There have been several attempts to document Mahraganat in the last few years, including “Underground/On the Surface,” a documentary by Salma El Tarzi that explores the local subculture and its effect on its listeners.

The Musicians’ Syndicate will send an official letter to online streaming giants YouTube and SoundCloud to takedown Mahraganat songs from their websites, according to syndicate spokesperson Tarek Mortada.

Bent El Geran had more than 120m views on YouTube until Saturday and was the second most played song on SoundCloud.

Following the outrage over his latest concert, Shakosh issued a video on Facebook and urged people to forgive him.

“Some [people] try to falsify the awareness of the Egyptian people and youth through so-called art. It is a war!” Hassaballah said in televised statements on Ala Masoulity TV show last week.

“It has no right”

Among the reactions over Mahraganat banning was a comment from Egyptian singer Mariam Saleh who also performs alternative pop music genre. Saleh is not a Mahraganat singer, but she was banned from singing last year according to her Facebook post last Thursday.

Saleh said Hany Shaker once listened to her singing at a concert in August 2019, and she immediately received a letter barring her from singing at any concert without any given reason. The syndicate has yet to release an official statement over Saleh or her banning.

Mahmoud Othman, a lawyer at the Association for Freedom of Thought and Expression (AFTE), told Daily News Egypt that the syndicates of artists, musicians, and cinema have no right to ban any artist from doing his job.

Othman said the role of the three syndicates, according to the law No 35 of 1978, is to take care of the interests of the artists and not ban them from doing their job, or compromise their freedom of artistic and literary creation guaranteed according to article No 67 of the Egyptian Constitution.

The article stipulates that “the state shall undertake to promote art and literature, sponsor creators and protect their creations, and provide the necessary means of encouragement to achieve this end.”

“No lawsuits may be initiated or filed to suspend or confiscate any artistic, literary, or intellectual work, or against their creators except through the public prosecution,” it added.

Meanwhile, the article noted that “no punishments of custodial sanction may be imposed for crimes committed because of the public nature of the artistic, literal, or intellectual product. The law shall specify the penalties for crimes related to the incitement of violence, discrimination between citizens, or impugning the honour of individuals.”

“The situation is depressing,” Othman said, adding that the recent ban resulted in a draft law that aims to amend the Penal Code and to amend the punishment for “outrage of modesty” to be the mandatory imprisonment of year to three years. We should improve public taste

On social media, the issue was trending for several days. People divided into two groups, the first defended Shaker’s position, saying that such music “is spoiling the public taste and corrupting society.” This group disagrees with involving drugs, alcohol, and sexual insinuations in songs which they fear would affect the morals of their children.

Despite being played almost everywhere in Egypt, some people mainly refused the content presented in Mahraganat lyrics.

On the other hand, some believe that Mahraganat is a product of the changes the Egyptian society went through over the past nine years and reflects a segment of society that has the right to find a way to express itself.

“I am not a fan of Mahraganat, but I am not also against it. I do not believe that this music spoils the public taste or applauds decadence. It is a reflection of an existing culture,” Ahmed Rashad, a 29-year-old content writer told Daily News Egypt.

“If we do not like Mahraganat and its lyrics, we should improve the public taste instead of banning such music,” he added.

Ahmed Tarek, a 31-year-old physician who has an interest in rock, blues, jazz, and classical music genres, said: “banning any kind of art is a door to the authority to ban anything it wants.”

“This is a kind of guardianship and patriarchy,” Tarek told DNE. He added that the role of the Musicians’ Syndicate is not to exclude a singer, but to defend them and their freedom of expression.

Tarek pointed out that Mahraganat music is an art that flourished in Egyptian working class neighbourhoods and reflects its people. “Most who perform Mahraganat are ordinary young people, and this is the reason why their lyrics are honest and brave. Mahraganat is their way to deal with a society that ignores them.”