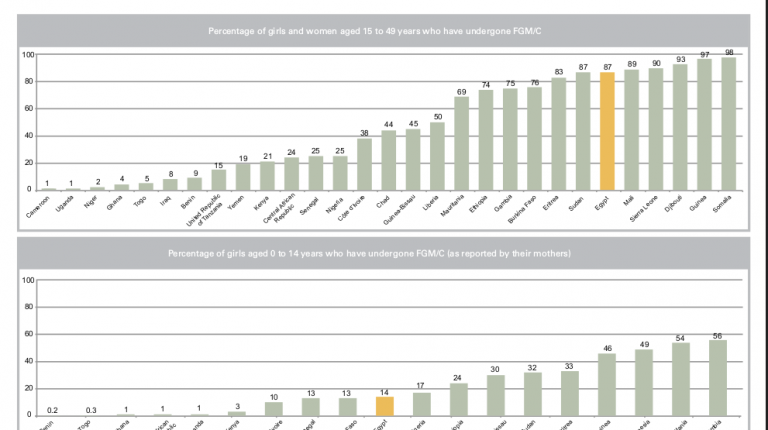 General Prosecutor Hamada Al-Sawy referred retired doctor Ali Abdel Fadil and the parents of a 12-year-old girl to the Assiut Criminal Court, over conducting illegal female genital mutilation (FGM) procedure for the child that led to her death last month.

Nada Hassan Abdel-Maqsoud died last month after undergoing a FGM surgery in a private clinic, which had its licence expired since 2016.

The investigations indicated that the parents agreed on circumcising their daughter according to “customs and traditions” on 29 January, allowing Abdel Fadil to perform the procedure.

Following the half-hour procedure, the girl went into a coma, and attempts to save her failed before she died.

The girl’s father had reported the incident. However, the doctor denied performing surgery, claiming that he was removing an external tumour in her reproductive system, explaining that her death was due to suffocation caused by an allergy to long-term Penicillin and Cefotaxime.

Later on, the claims were dismissed after completing an autopsy. It confirmed that the girl has actually undergone FGM, in addition to dismissing any trace of the two medications in the girl’s body.

The autopsy had also indicated that the girl died due to severe hypotension caused by a nervous shock and excruciating pain from the operation.

Although the practice is criminalised in 2008 by the Egyptian parliament that has since toughened its penalties, from five to seven years of imprisonment, the United Nations Children’s Fund (UNICEF) reported in 2016 that Egypt, Ethiopia, and Indonesia have 100m cases of FGM, out of 200m globally.

On Saturday, Al-Azhar has once again condemned FGM, issuing a statement explaining the risks of FGM and the baselessness of these procedures under Islamic Sharia law. It stated that the practice is a dangerous tradition and is a product of the misinterpretation of religion, and punishing the practitioner is an obligation.

Since 2006, the Azhar Supreme Council for Islamic Research has been working on anti-FGM awareness campaigns, issuing statements explaining that FGM has no basis in the Islamic Sharia or any of its partial provisions. In 2007, Grand Mufti Ali Gomaa issued a Fatwa prohibiting the practice.

Cooperating with the United Nations Population Fund (UNFPA) and UNICEF, Egypt managed to reduce the proportion of girls aged 0-17 who have undergone FGM surgery from 28% in 2005 to 18% in 2014, and those who are at risk of being subject to the practive fell from 69% to 55% during the same period.

However, this progress did not reach all regions in Egypt equally. Upper Egypt witnessed the least progress with 68% of girls still subjected to the risk of FGM, a figure that has not changed since 2008, UNICEF reported.

The 2014 Egyptian Demographic Health Survey also showed that 92.3% of ever-married women aged 15-49 have undergone FGM, and four-fifths of such operations are carried out by medical professionals.