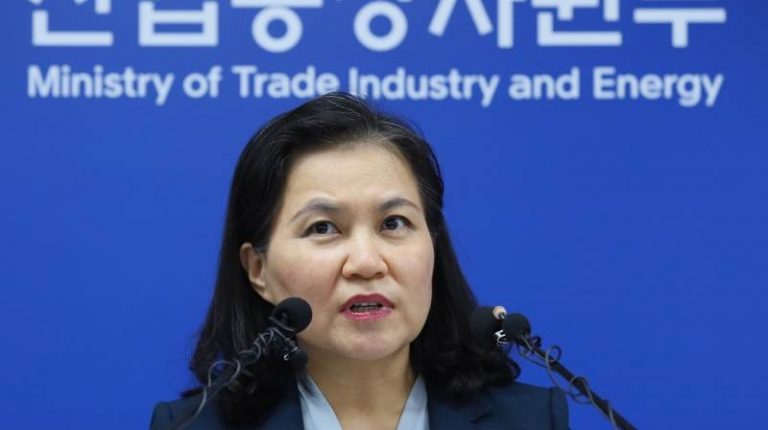 The Minister is set to meet high level officials of Egypt, including her counterpart Minister Nevine Gamea, the ambassador said, adding, ” the discussions will tackle how to boost the trade volume between the two countries. She will also meet with Korean companies to listen to their views on how to boost trade and investments.”

Egypt has emerged as one of the fastest growing economies in the region and its untapped potential is about to blossom, there is a good opportunity for the Trade Minister to explore the potentials of both countries’ cooperation with Egyptian officials.

“I am really glad about the Korean Trade Minister visit to Egypt, which is a timely visit, given that Egypt is a very important trade partner to  Korea and the largest export market of Korean goods in Africa,” the ambassador mentioned.

There are high expectations that the Korean Trade Minister meetings with Egyptian officials will yield positive outcomes, most importantly on trade related matters. “Although Egypt is our largest export market in Africa, the trade volume does not match the potential of our two countries. The average trade volume between Korea and Egypt during the last five years is $1.9bn. The peak of trade between our two countries was $3bn in 2014,” the ambassador said.

Considering Egypt’s rapid economic growth since 2014, the two countries have to adopt serious measures to increase trade beyond its current figures, which have been significantly affected by the implementation of free trade agreements (FTAs) with the European Union (EU) and Turkey.

Egypt is a leading country for FTAs in the region, with a great vision for the African Continental Free Trade Agreement, said Yoon.

“I believe it is the right time for South Korea and Egypt to work together to connect Asia and Africa by trade. Our two countries have great potential,” the Yoon said.

The ambassador asserted that he strongly believes that investment, especially foreign direct investments, follows trade, noting that once companies secure a certain size of market by trade, they think of how to maximise their profits or expand their market share by making local investments.

“We witnessed similar cases in our trade and investment with other countries. Since South Korea has FTAs with Vietnam, our investment into Vietnam increased six times in one year,” the ambassador mentioned.

South Korea businesses have very good examples of success in Egypt, such as Samsung Electronics and LG Electronics. These companies made big investments in the local market and they are exporting ‘Made in Egypt’ products to other countries in the Middle East and Africa. At around $700m a year, these companies contribute to more than 90% of Egyptian exports in electronics.

“We are expecting a large business delegation to visit Egypt in mid-March. I sincerely hope both governments will have fruitful results from the Trade Minister’s visit,” Yoon mentioned.