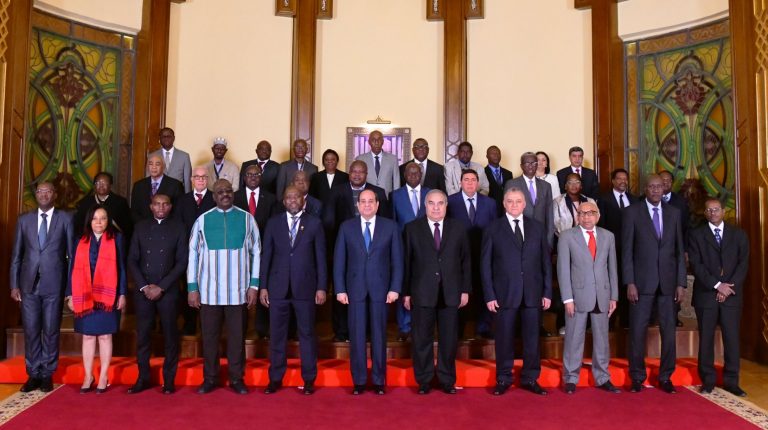 The guests were participating in the fourth high-level meeting of heads of African courts and councils, which was held in Cairo on Saturday and Sunday.

During the meeting, the president expressed Egypt’s interest in periodically organising the conference to support the role of the judiciary in African nations. The meeting also aims to enhance cooperation and exchange experiences between African supreme courts in a way that contributes to establishing justice and democracy, and protecting the rights of citizens.

Al-Sisi further stressed the importance these constitutional courts have in the developmental process the continent is currently undergoing, as it is one of the main pillars of stability in Africa. He said that these courts have an important responsibility in protecting societies by upholding the provisions of the constitution and addressing many of its challenges, especially numerous attempts to demolish the state and destabilise security.

For his part, President of Egypt’s Supreme Constitutional Court Sayed Marai also noted the support provided by President Al-Sisi in hosting the conference, as well as initiating cooperation and experience exchanges between African judicial bodies.

Marai reviewed the most important topics addressed in the conference, especially the impact of digital transformation on the rule of law, and the role of the judiciary in fighting corruption.

Al-Sisi stressed the importance of judicial institutions in facing terrorism and extremist ideology, and developing the necessary legal frameworks to deal with them, taking into consideration the need to preserve the rights of the state. He further reviewed Egypt’s vision to combat this threat, which is based on security, political, economic, social, intellectual, and religious measures.