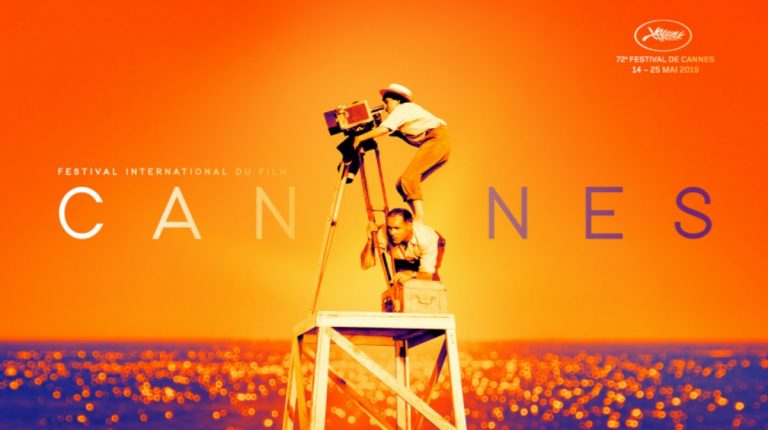 The Cannes Film Festival announced on Saturday it will screen a restored version of Wong Kar-wai’s In the Mood for Love, 20 years after it first premiered on the Croisette, before its theatrical re-releases, starting in the summer of 2020, in France and other international territories.

The timeless Hong Kong-set romance played in Cannes’ 2000 official selection and in competition. It starred Tony Leung who won the Male Interpretation Prize, while the film was awarded the Grand Prize of the Superior Technical Commission.

The 4k restoration of the film made from the original negative was led by Criterion and L’Immagine Ritrovata under the supervision of Wong Kar-wai.

In the Mood for Love, which premiered on 20 May 2000, will be screened at the 73rd edition of the Cannes, with Wong Kar-wai in attendance, the festival said.

The film takes place in Hong Kong, 1962, where chief editor of a local daily newspaper, Chau and his wife move into a new flat in a building mainly inhabited by an exiled Shanghainese community. He soon meets Li-chun, a very beautiful young woman who has also just moved in with her husband. She is a secretary in an export firm, and her husband is a representative for a Japanese company, which means that he is often away on business trips.

As his own wife is often away from home, Chau spends more and more time in Li-chun’s company. As their landlords are good friends, they often meet for games of mahjong or to discuss the latest gossip. Chau and Li-chun become friends but, one day, they are forced to face facts: their respective partners are having an affair.

Wong won the prize for best director at Cannes for the 1997 Happy Together. But it was In the Mood for Love that made Wong a household name globally and inspired numerous film school courses. In 2016, it was voted the second-best film of the 21st century by a panel of critics assembled by the BBC.

After studying Modern Literature at La Sorbonne, Virginie Apiou became a journalist for the written press. She also directs TV documentaries about cinema as well as reports for TV stations.

French-American Paul Grandsard worked as a translator before directing six short films from 1987 to 2006. In 1996, he became a programmer for the Premiers Plans Film Festival in Angers before joining the Cannes in 1999. Since 2010, he has been a professional photographer, specialising in portrait and architectural photography.

After studying medicine briefly, Laurent Jacob became a trainee director and then second assistant to Claude Lelouch, Claude Sautet, Nadine Trintignant, Laurent Heynemann, and Jean-Jacques Annaud. He then made montage films about the history of Cinema for the Festival de Cannes (Le Cinéma dans les yeux, Liberté, two series of Préludes). He was in charge of the Cinéfondation selection from 1998 to 2009.

After completing a literature foundation course, Stéphanie Lamome, from 1997 to 2015, worked as a journalist, reporter, critic, head of department, and then deputy editor-in-chief of Première magazine. She was an on-air programmer for Radio Festival, the official radio of the Festival de Cannes, between 2017 and 2019. She was appointed last year as artistic advisor of the Film Department, working alongside Thierry Frémaux and Christian Jeune.

Holding a PhD in comparative literature, Lucien Logette was the winner of the 2018 Prix Bernard-Chardère. He worked as co-editor of the 2011 book “Larousse mondial du cinema”. He was also a film columnist for La Quinzaine littéraire (1993-2015). Logette has also been the editor-in-chief of the monthly Jeune Cinéma since 1990.

Script doctor and producer Johanna Nahon began working in production under Charles Gillibert in 2015. She then joined the film production and international sales company Celluloid Dreams, where she headed up the purchasing department from 2016 to 2018. In 2019, she created a development fund and a production company and worked on several projects as a consultant.

Guillemette Odicino is a journalist, critic, and head of the cinema department at Télérama. It produces the summer show “On s’fait des films” at France Inter, where she is also a culture and cinema columnist. She regularly contributes to the programme “Le Cercle” on CANAL+ and CANAL+ Cinéma. She is the co-author of Toscan, papa et moi published by Editions de la Martinière and editor-in-chief of several special editions on Marilyn Monroe, Louis de Funès, and animated films.

Caroline Veunac researched her thesis on The Symbol of the Double in American Cinema at Sciences-Po Bordeaux. A graduate of the Centre de Formation des Journalistes, she wrote her first film reviews for the magazine Cinéastes, before working on a number of magazine titles. From 2016 to 2017, she was editor-in-chief of the TV show Plus de Séries, on CANAL+ Séries and is now a regular contributor to the film and TV website Somewhere Else.

Earlier this year, the festival announced that American director Spike Lee is to serve as president of the jury in the next edition.  Lee, 62, is also a screenwriter, actor, editor, and producer. He has made numerous films that have become cult classics, bringing up questions and contentious issues in the times of contemporary cinema. However, film after film he never loses sight of the public, setting out to raise his audience’s awareness of his causes through his story telling.

The Jury members will be announced in mid-April. This year’s edition of Cannes will take place from 12 to 23 May.