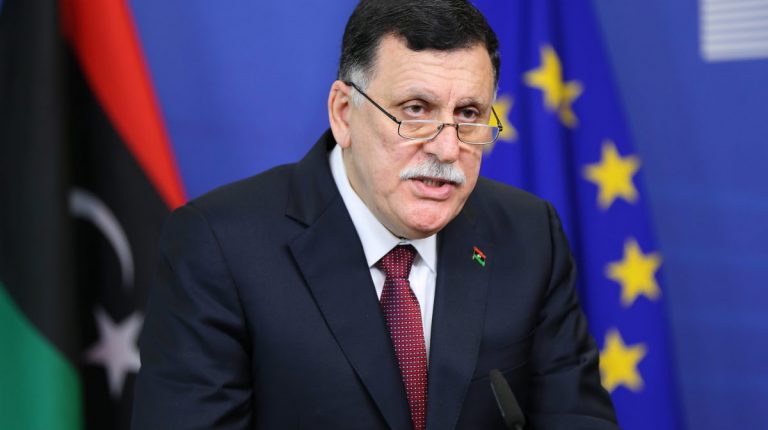 Fayez Al-Sarraj, prime minister of the Government of National Accord of Libya (GNA) has condemned airstrikes on airports, hospitals, schools, and civilian areas in the war-torn country, accusing the international community of standing idly.

In his speech to the United Nations Human Rights Council on Monday, he described his rival, Khalifa Haftar, the commander of the eastern-based Libyan Arab Armed Forces (LAAF) as a “war criminal.”

He called for holding accountable those who have financially and strategically supported the LAAF.

Al-Sarraj said that Libya is witnessing a “proxy war.”

“Libya is going through extraordinary conditions because of external interferences and individual ambitions,” he said.

In the meantime, Al-Sarraj said that the GNA is always ready to take the path of peace and security.

LAAF responded to Sarraj’s speech and accused the GNA of being controlled by the Muslim Brotherhood, according to Al-Arabiya TV.

The LAAF said the GNA government is supported by mercenaries,” Al-Arabiya TV reported.

Earlier on Sunday, LAAF spokesperson Ahmed al-Mesmari said that military equipment and weapons have arrived in Misrata port to support “terrorist groups and guerrillas in the western region.”

UN-sponsored talks between the two Libyan rival Haftar and Al-Sarraj are expected to take place on Wednesday in Geneva.

On October 2019, Amnesty International released a report concluded that both the LAAF and the GNA “have likely committed war crimes.”