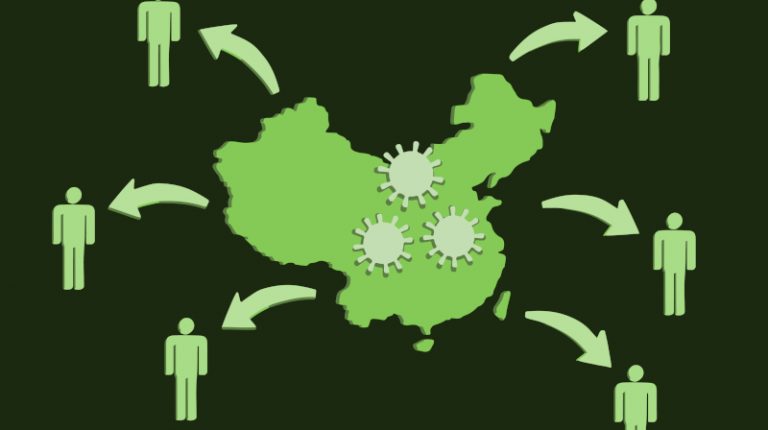 The death toll from the novel coronavirus “COVID-19” has increased on Monday to 2,624 and has infected more than 79,440 people around the globe, according to World Health Organization (WHO) and local health authorities in many countries.

The vast majority of deaths were reported in the Chinese province of Hubei, where the outbreak started in December 2019.

The epidemic is spreading rapidly outside China, specifically in Italy where authorities have reported more than 200 cases. The virus is jumping from one region to another across the country’s north.

On Monday, Kuwait reported three cases, while Afghanistan, Bahrain, and Iraq reported their first COVID19 infections. Oman confirmed two cases, bringing the number of countries in the Middle East with the disease to ten.

In Iran, 43 coronavirus infections and 12 deaths were officially reported, leading Turkey, Pakistan, and Armenia to close their borders with Iran.

South Korea has 833 confirmed cases as of Monday, seven of which resulted in deaths.

On Friday, Lebanon and Israel confirmed their first cases of the infection. The Lebanese case was reported in a national coming from Iran.

Coronaviruses are a large family of viruses with some causing less-severe disease, such as the common cold, and others causing more severe disease such as MERS and SARS. The virus was confirmed to transmit easily from person to person.

Symptoms of the virus include fever and cough, and some people should have difficulty breathing. The symptoms appear to set in at some point between two to 14 days after the exposure to the virus.