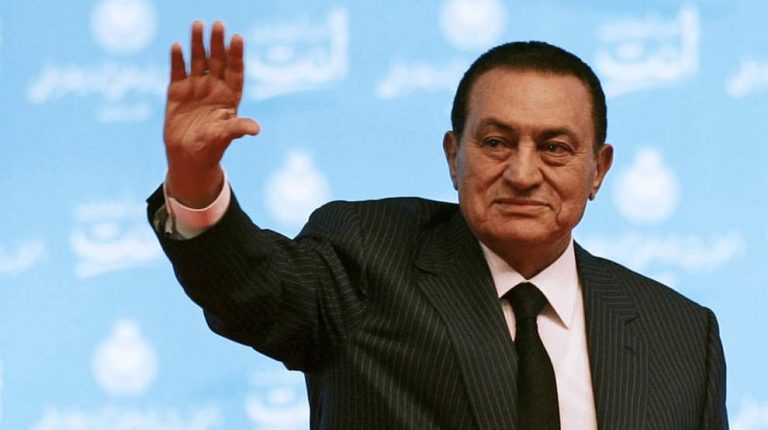 Former Egyptian President Hosni Mubarak has passed away at the age of 91, after suffering a health crisis, state television said on Tuesday.

He had surgery almost a month ago but was transferred to intensive care a few days ago.

He served as the fourth president of Egypt following the assassination of former President Anwar Sadat from 1981-2011.
Mubarak, who survived the death beside Sadat, is Egypt longest-serving president. During a presidency that spanned nearly 30 years, Mubarak survived assassination attempts
Most famous of which was in 1995 when gunmen ambushed his motorcade as he arrived in Addis Ababa, Ethiopia.

Mubarak was toppled on 11 February 2011 from power following a popular revolution of 25 Jan in 2011 after millions of Egyptians turned to streets demanding the ousting of the regime.

The former president, was an air force commander and long considered to be a hero among the country’s military ranks for his participation in the 6th of October war in 1973. Following his ouster he had been sentenced to life in prison in 2012 for the killing of protesters before appealing the sentence. He was then cleared of the conviction five years later.