While the gates of culture open widely in Saudi Arabia during the era of Mohammed Bin Salman’s vision, the art of film, music, and theatre are experiencing a never-before-seen freedom. As the first international film festival to ever take place in Saudi Arabia, the Red Sea International Film Festival honours the memory of some of the world’s most internationally accredited filmmakers, starting with the Italian fantasy creator filmmaker Federico Fellini. 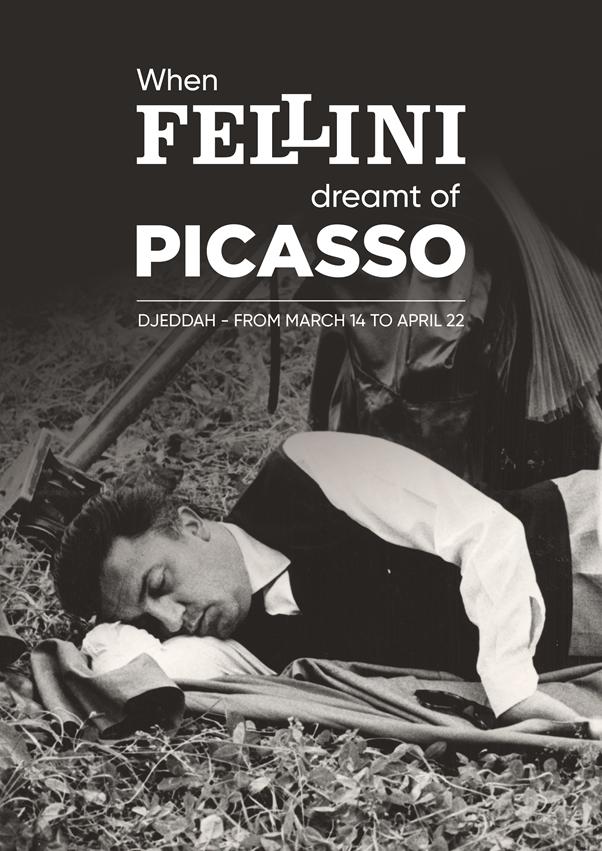 The first edition of the film festival, which kicks off on 14 March, is to commemorate the memory of the veteran director through an art exhibition that presents some of his most famous films inspired by Picasso.

When Fellini Dreamt of Picasso sheds light on the story of how many of Fellini’s films were inspired by Picasso’s paintings, even though the two great artists only met once. Under the Ministry of Culture and La Cinémathèque Française, the exhibition will celebrate Fellini’s 100th birthday.

Through the display of Fellini’s unique accessories from his films, such as posters, garments and images, the exhibition opens a window for locals to explore the world cinematic scene.

“When I visited the When Fellini Dreamt of Picasso exhibition in Paris, I was mesmerised. It is a dream to join the worldwide 100 years of Fellini celebrations by having this cultural collaboration between the Ministry of Culture and La Cinémathèque Française and bringing the spectacular work of Fellini and Picasso to Historic Jeddah and to the Saudi audience,” said the Red Sea International Film Festival’s Director,  Mahmoud Sabbagh in a press release.

Movies invading the once closed society

The festival kicks of 12 March to the 21st and is the first to take place in Saudi Arabia’s UNESCO World Heritage Site’s Old Jeddah. Under the theme of Changing the Script, it aims to help grow Saudi Arabia’s emerging film industry, inspire new audiences across the country, and contribute to a richer experience for Saudi Arabia’s changing society by encouraging more open cultural exchange.

In a press statement, the festival announced that the Red Sea Film Festival Foundation is dedicated to national storytellers and strives to develop a sustainable and active ecosystem, through the launch of the festival, education programmes with the Red Sea Lodge, and other industry programmes. The foundation captures the transformative energy of the moment, articulating this creative spark as a catalyst for the local film industry.

Saudi film “Shams al-Maaref” (The Book of Sun) is to be the opening film of the festival as the film’s world premiere. The film features the lives of a generation that were transformed by the internet. Set in 2010, high school senior Husam (Baraa Alem) finds himself drawn into the world of video production, which later becomes an obsession that takes his focus away from the ordinary pursuits of high school and teenage life. The film is directed by Faris Godus

“It’s pleasing that we are bringing these great quality films discussing the social issues of the day,” said Sabbagh, “We have a strong desire to push diversity, particularly in women’s position in public spaces, and for a more open society. The films present a strong look at what makes society function and the relationship between the individual to patriarchy and hegemony.”

The festival also hosts a number of discussion panels and workshops on the film making process and highlighting the latest technologies  film production. This includes a series of industry panels titled “Perspectives” which will bring together filmmakers from around the world to explore trends, ideas, and issues shaping the industry today. These discussions will touch upon the animation industry, the new Saudi independent film scene, Arab international cinema, exploring European/Saudi co-productions, and finally, the future for Arab film production.

“We worked hard to ensure that the films being presented showcase Saudi Arabia’s emerging film industry, and encourage a more open cultural exchange. This isn’t just about exporting our stories; we are bringing different perspectives, new conversations into Saudi Arabia too,” Sabbagh added.