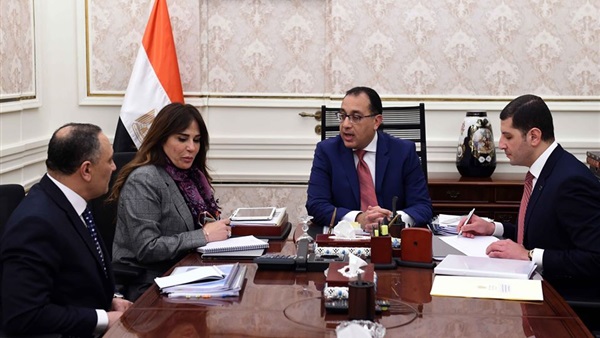 Prime Minister Mostafa Madbouly met with Mohamed Abdel Wahab, CEO of the General Authority for Investment and Free Zones (GAFI), to discuss assisting financially distressed companies in the free zones, according to a statement from the Cabinet on Monday.

Abdel Wahab asserted GAFI’s key role in helping financially distressed companies to recover their activities in the local market. Abdel Wahab also highlighted the outcomes of his recent visits to Qalubia and Minya governorates and his recommendations for resolving the challenges facing local investors.

Both sides also discussed a report from the ministerial committee for settling investment disputes, the statement said, noting that a number of disputes were settled recently.

In December 2019, Madbouly formed two ministerial committees under his leadership, one to stimulate foreign investments, and the other to settle investment disputes since the Ministry of Investment was eliminated during ministerial reshuffle.

Additionally, Madbouly asserted the importance of following up the newly founded firms and help them solve any problems that might arise. They also discussed the preparations of the Egyptian South Korean business forum scheduled for March 2020.

A high-level business delegation from South Korea will visit Egypt in mid-March to meet with the Egyptian government and private sector, according to a previous statement from the Ministry of Trade and Industry in January.